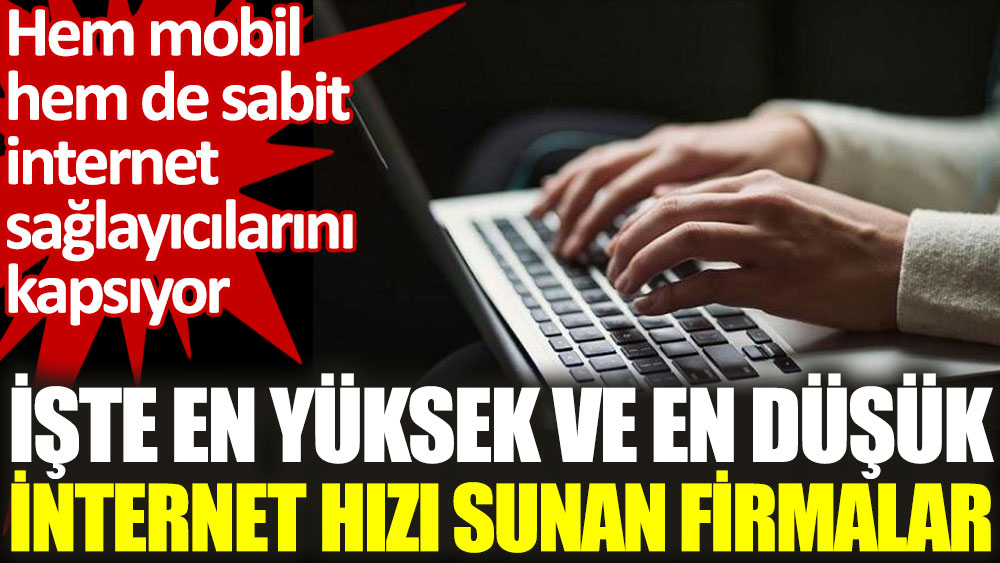 Speedtest, one of the indispensable stops for internet users, has announced the providers offering the fastest and slowest internet in Turkey for the fourth quarter of 2021. The list has been shared to cover both mobile internet and fixed internet providers.

According to the published report, Turkcell was the fastest mobile internet provider in Turkey. Vodafone, which is among the top three operators, lags behind Turkcell and Turk Telecom in terms of internet speed and latency.

While TurkNet was a leader in fixed internet providers, Türk Telekom became the provider that offered the lowest speed to its customers.

The city with the highest average internet speed was Istanbul. Magnitude. It was followed by Ankara, Bursa, Izmir and Adana.

In Turkey, the devices with the fastest download speed on mobile internet access devices were Apple devices. While Apple offers an average speed of 59.20 Mbps, this value is set as 45.02 Mbps in Samsung followed by Apple.

The ‘Score’ shown in the list is used instead of the ‘Speed ​​Score’. Speedtest determines this score by evaluating download and upload speeds. 90% of the result is download speed and 10% upload speed.