The Buried Ship (The Dig), on Netflix, is a Simon Stone film based on the John Preston novel. 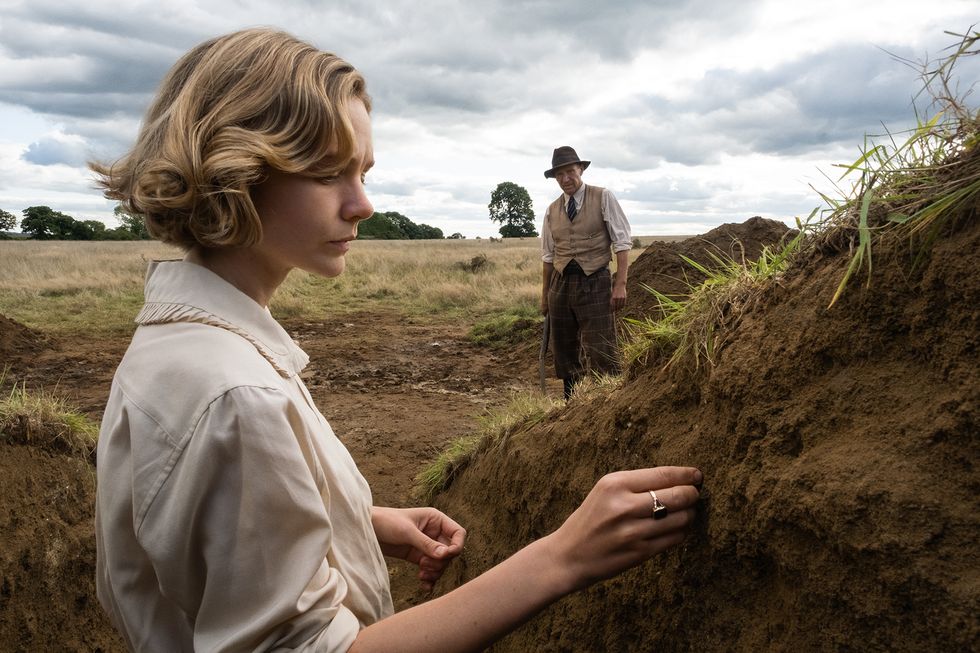 An exploration into humanity, revolving in the hearts and relationships of the protagonists in parallel with the history of the archaeological excavations of Sutton Hoo

On Netflix we watched the blockbuster movie “The Dig” by Simon Stone based on the novel of the same name by John Preston, based on a screenplay by Moira Buffini.

We are in 1939 in England in the county of Sutton Hoo, Edith Pretty (Carrie Mulligan), the owner of a property, decided to make some excavations near some hills for an experiment. For this work, Basil Brown (Ralph Fiennes) hired an engraver, who sometimes works in the Ipswich Museum. After an initial quandary, Brow manages to find an oak ship and immediately the claims of the British Museum are launched in the person of archaeologist Charles Phillips (Ken Stott) who overthrew Brown. Meanwhile, Lady Preeti discovers a terminal illness and her son is deeply in love with Basil for his astrological knowledge. Peggy Preston (Lily James) in love with Edith’s cousin, Rory Lomax (Johnny Flynn), the repressed wife of archaeologist Stuart Piggott (Ben Chaplin) who hides her homosexuality, is the first to discover the ship’s funeral chamber which in addition to the treasure found It gives a definite stigma that the boat is Anglo-Saxon and not Viking.

A movie about a historical fact only and only interested in archaeological interests? None of this: “We reveal life,” Brown tells Mrs. Edith, “that’s the point of digging.” And it is precisely the exploration of humanity that goes on in the hearts and relationships of the heroes, and it is what the director is doing in parallel to the actual exploration: this attests to the equivalence of images and speech, a technique he uses to power one of them. Separation between two floors. All this takes on even greater importance because it is accompanied by actors at the highest level, including theatrical actors. “We die and decompose: we do not live” Mrs. Pretty tells Brown in a fit of desperation, but the latter replies: “Oh, I disagree very much: since the time when human footprints appear on the walls of the cave we have a part of something going on, so we do not really die.” ..”.