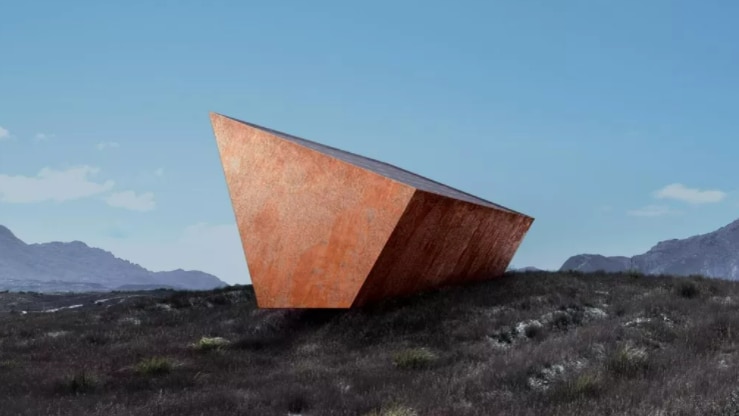 If the Earth’s temperature rises more than two degrees Celsius in the coming decades, climate change may become a surefire success. The worst-case scenarios for the end of the world include crop failures and the collapse of ocean food webs. Logistics chains can collapse and millions can be displaced due to rising sea levels.

Global warming should in fact herald the end of humanity, the ultimate evidence should be preserved for future generations – whatever it looks like or where it came from. The concept of the so-called black box of the Earth is similar to that of the Global Seed Bank in Svalbard, Norway, where seeds stored there are supposed to bring extinct plant species back to life in an emergency. Australia’s planned black box also aims to transcend catastrophic events, record insights into human civilization, and become an archive of the climate crisis.

Tasmania: one of the safest places in the world

The Blackbox is designed as a ten-meter-high, four-meter-long, three-meter-wide structure made of thick steel, which will be built on a remote rocky outcrop on Tasmania’s west coast, about a four-hour drive from the capital, Hobart.

The Australian island was chosen for its relative geopolitical stability as well as geological stability. It is relatively safe from natural disasters, and according to a British study published by researchers in the journal Bioscience at the end of July, it is one of the places where the end of our civilization as we know it could continue, along with New Zealand or Great Britain.

The greenhouse effect is a natural phenomenon necessary for life on Earth. © AFP

First of all a tool

Although the black box design looks like a sculpture, according to Jim Curtis of marketing agency Clemenger BBDO, it follows exactly the guiding principle of functionality. Curtis is working on the project with researchers from the University of Tasmania. “First of all, it’s a tool,” he said in an interview with Australia’s ABC. This was specifically developed to record the actions of mankind. The box will be filled with plenty of storage drives and have an internet connection. Solar collectors on the roof of the structure will provide the energy needed so that the steel structure can survive the collapse of the power grids.

The batteries store energy and while the sun is shining, the black box downloads the scientific data. The data collected include, for example, air and sea temperature, ocean acidification, atmospheric carbon dioxide level and species extinction. In addition, the algorithm collects material on the topic of climate change – including newspaper articles, social media posts and news from important events such as the Glasgow Climate Summit.

Storage capacity for at least 30 to 50 years

Construction of the structure is due to begin in the middle of next year, but the data and information are already under archive. The developers assume that there will be enough data storage capacity for the next 30 to 50 years.

Behind the black box, Curtis explained, is the idea of ​​creating an “indestructible recording device” – a type of data storage device – for all those who have survived the collapse of the Earth due to climate change. “But it also exists to hold heads of government to account – to ensure that their actions or inactions are recorded.”

Whether, of course, those who may find the black box in the distant future will actually recognize it as such, access and understand the stored data – this is a question that the developers themselves are still “worried about”.