The BepiColombo space probe takes amazing pictures of the planet 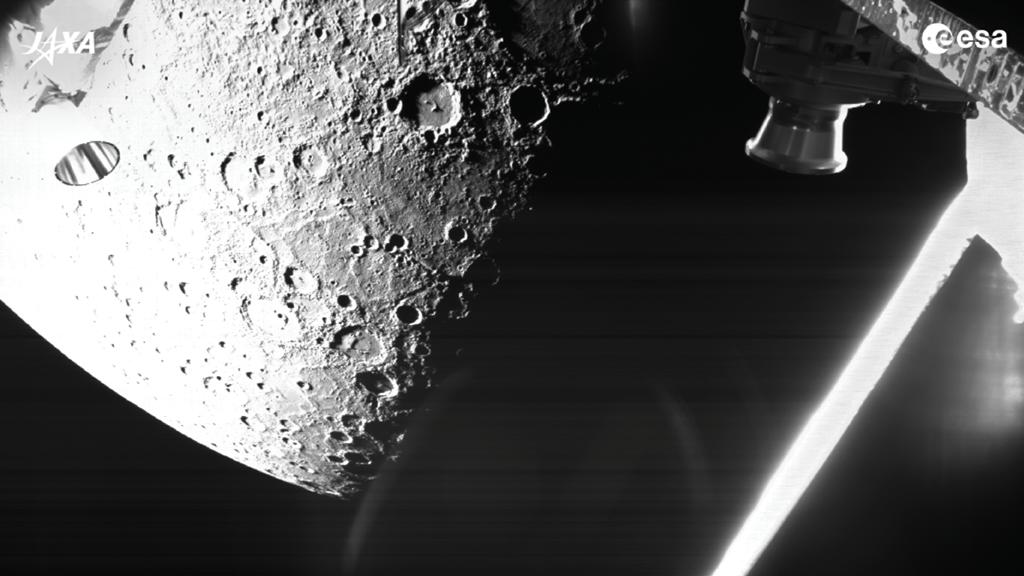 Mercury, the smallest planet in the solar system

The ESA BepiColombo space probe has reached the target planet Mercury and has already sent the first images back to Earth, which were published by the European Space Agency. These recordings remind us of another celestial body. On the third day of International Space Week, we look at the smallest planets in our solar system and the BepiColombo space probe.

ESA employees are happy with the first photos

On Friday, October 1, BepiColombo came close to Mercury 199 kilometers above the planet’s surface. However, the images were taken from a further distance of about 1,000 to 3,000 km. The space probe also collected scientific data in flight. In October last year Bepicolombo caused an uproar when it sent images from Venus to Earth. Since the Mercury probe is on its night side, the image conditions were not ideal at first, so the next image was taken from a distance of about 1,000 km. The recordings remind us very much of the images of our moon.

Not surprisingly, those responsible for the mission were also very pleased. “From the spacecraft’s point of view, the flight was flawless and it’s inconceivable that we finally see our target planet”says Elsa Montagnion, the mission’s director of spacecraft operations. Valentina Galuzzi, who worked on the “SIMBIO-SYS” observation system used in the orbit of Mercury, was relieved and happy: “I was really happy to see the planet I’ve been observing since the early years of my research career, and I look forward to working on new images of Mercury in the future.”

BepiColombo is a joint mission between ESA and JAXA

The goal of the joint European-Japanese mission is to map Mercury and analyze the mineral and chemical composition of the surface. The mission began on October 20, 2018, and after nearly three years of flying, it landed on Earth with some swaying maneuvers Venus The innermost planet of our solar system, Mercury. After Mariner 10 and orbiting Messenger, this is the third spacecraft to explore Mercury.

The European Space Agency and JAXA named the space probe after the scientist Giuseppe “Bepi” Colombo (1920–1984). The mathematician and engineer from the University of Padua in Italy has studied Mercury a lot. Thanks to him, NASA was able to make three orbits around Mercury using the Mariner 10 spacecraft in 1974 and 1975 instead of just one.

International Space Week from 4 to 10 October

To draw more attention to space travel and science about the universe, the United Nations launched International Space Week. It starts on October 4th and runs until October 10th. The launch date was chosen in honor of the first man-made satellite “Sputnik 1”. The satellite was launched on October 4, 1957. The date of completion also depends on an event, because on this day in 1967 the Space Treaty was signed. The document regulates the behavior of states in space. Many educational actions or events take place during Space Week. This year’s International Space Week celebrates women in space.