Water levels are dropping in the USA: Water is becoming scarce for the first time 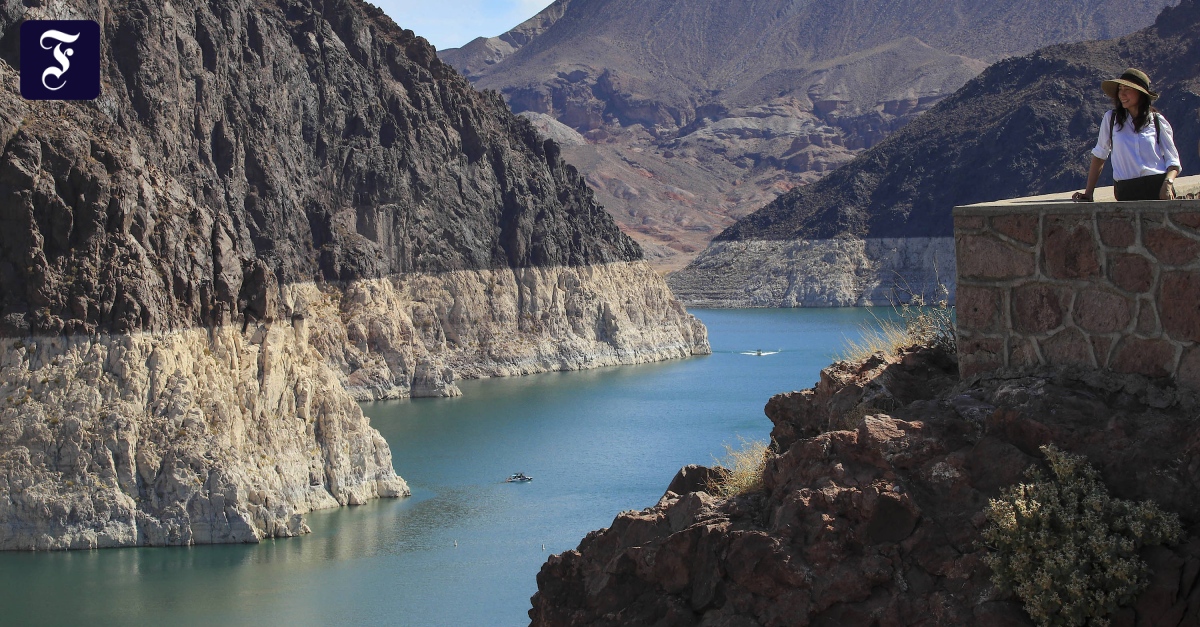 IWater is running out in the western United States. For the first time in the country’s history, the Washington government declared a state of emergency on the Colorado River, one of the region’s longest and most important rivers. After heat waves and historical droughts, the water level in reservoirs such as Lake Mead and Lake Powell, which is fed by a river more than 2,300 km in length, has decreased dramatically in recent months. For Lake Mead on the Arizona-Nevada border, the Bureau of Land Reclamation reported Tuesday that the water level was 325.4 meters above sea level, the lowest since the Hoover Dam was completed more than 80 years ago. Lake Powell, also a reservoir for the Colorado Dam, was just under a third lower on Tuesday. Meanwhile, the US Drought Observatory has declared more than 95 percent of the American West a drought zone.

The first phase of water scarcity, announced by the US Bureau of Reclamation on Monday, calls for a reduction in supplies effective January 1, 2022. The savings have affected farmers in Arizona and Nevada in particular, as well as in some areas of Mexico. We have taken precautions and made a plan for bad conditions. “But we’re not prepared for the absolute worst,” said John Entzminger, president of the Southern Nevada Water Service, a CBS broadcaster. Among other things, the Silver Country has refrained from cultivation in the past few months which has to be heavily irrigated.

dispense with one-fifth of the water supply

Meanwhile, neighboring Arizona expects the largest savings in the West. Grand Canyon state farms will have to cut off about a fifth of the water supplied by the Colorado River by January, about eight percent of their total water needs. After repeated periods of drought, the state’s farmers have for years been experimenting with water-saving farming methods and crops that thrive in the heat. Much of the arable land is now fallow to save water. Meanwhile, the state government dug aquifers and formulated plans to supply cities like Phoenix and Tucson with water from further afield in Arizona.

“There is no doubt that climate change is here. We can see it every day in Colorado and every other riverbed in the West,” said Tania Trujillo, deputy director of the Department of Water and Science at the Department of the Interior, when announcing the water savings on Monday. For the future, all scenarios must be implemented.” “We need to work with every agency on the Colorado River to really explore every possibility for hydrology.”

If the water level in Lake Mid Reservoir, the largest man-made lake in the United States, continues to fall, the Department of the Interior plans the next tax cut. If the water level is less than 320 meters above sea level, the second level of restrictions is threatened. According to the farmer, it is likely that Indian cities and reserves in the West will have to reduce their water consumption significantly from 2023 onwards.