The Atlantic Council: Approval of the Military Protocol between Bulgaria and Romania for Foreign Aircraft 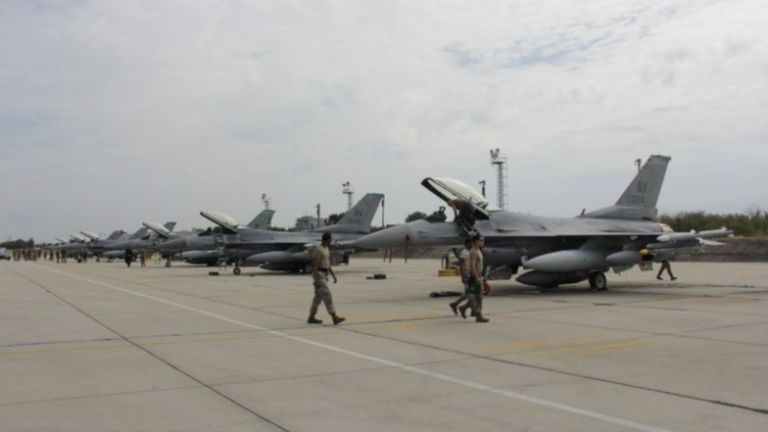 The Atlantic Council called for the speedy approval of the military protocol between Bulgaria and Romania. The document was signed nearly a month ago. The aircraft of the third NATO countries will be allowed to conduct airspace protection operations on both sides. According to lawmakers in the new parliament, the document has not been submitted for ratification. This became an occasion to present a parliamentary question to the outgoing Minister of Defense Krasimir Karakashanov, according to what was reported by the Bahrain National Network.

The Atlantic Council, even in light of the current political situation, calls for “urgent action to ratify the Protocol.” In order to rapidly enhance the security of the Bulgarian airspace.

The reason, according to the council, is The situation in which Russia continues to accumulate weapons around Ukraine. This change comes in a protocol to the 2011 agreement between Bulgaria and Romania, which specifies the conduct of cross-border airspace protection operations. Consequently, if a NATO aircraft based in Romania was to conduct airspace protection operations, it would be able to fly over Bulgaria as well.

As soon as the document was signed, almost a month ago in Ruse, Deputy Defense Minister Atanas Zabriyanov indicated that this was the way to enhance security not only in the two countries, but also in NATO airspace.

Naidnov hopes that once the agreement is ratified by the two parliaments, “this part of Allied airspace will be better protected from Russian violations.”

The 2020 State of Defense Report also recognized the Black Sea region as being among the main sources of tension. The strategic military balance is now in Russia’s favor and is one of the biggest threats to Bulgaria’s security.

He also mentioned that our country is actively participating in building the so-called advanced NATO presence in the region, and in 2020 the Naval Center in Varna, which is part of the NATO Naval Command, will start work.

Since March, the Balkans and Black Sea regions have hosted military exercises between the United States and NATO. Bulgaria will participate in these exercises in May and June. There will be combat and tactical firing at the Tsrancha, Novo Selo, Koren and Shabla anti-aircraft ranges.