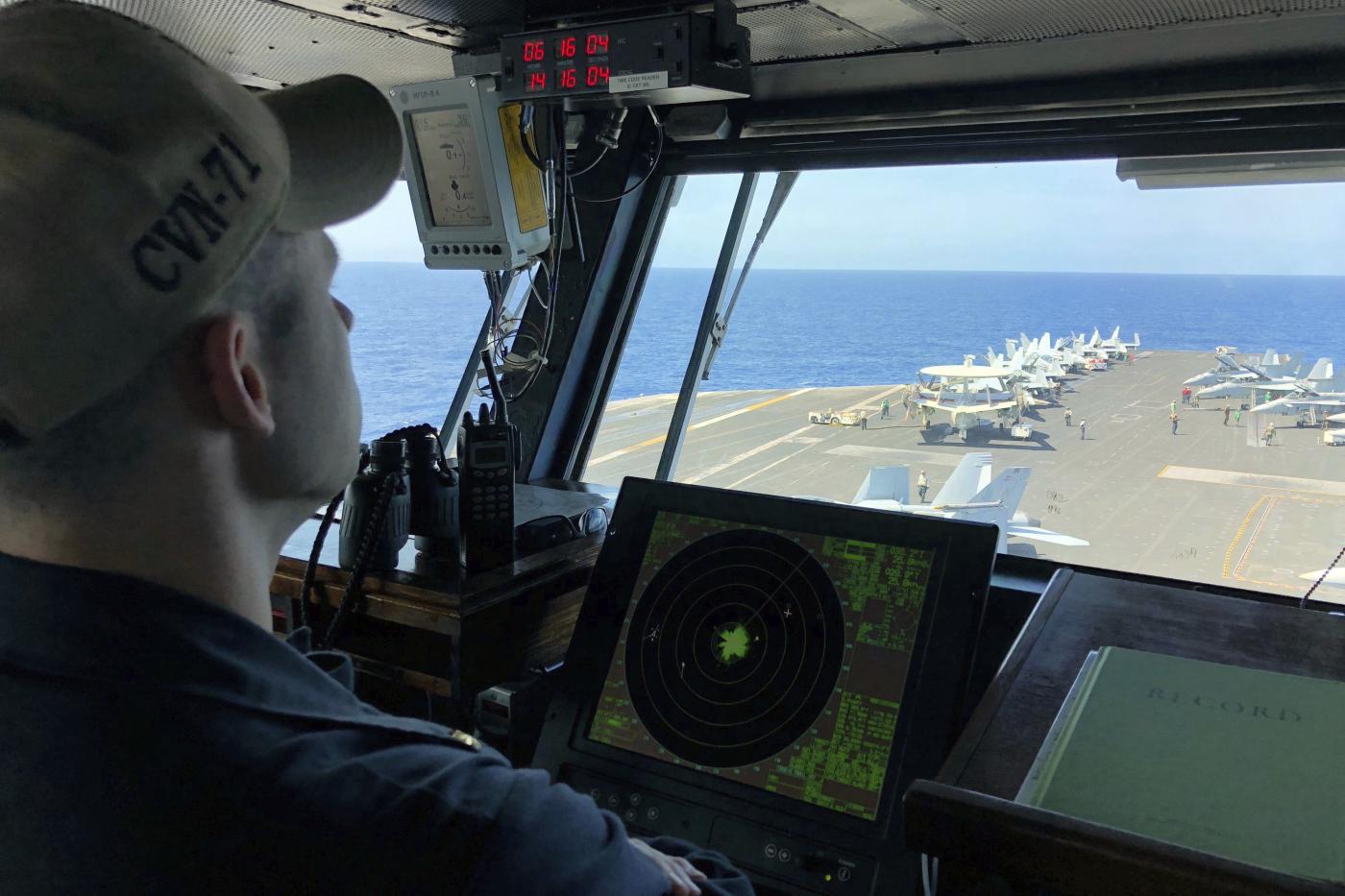 Ships and aircraft of the two attack groups. It can also be read in detail in the 7th Fleet press release, Coordinate their operations in a highly trafficked area to demonstrate the ability of the U.S. Navy to operate in harsh environments.

As part of the operations, the flying groups conducted several exercises aimed at increasing interoperability as well as command and control capabilities.

This is not the first time that such operations have been carried out with two aircraft carriers in the Western Pacific – the last time was in July 2020 – and if we look at the history of the long-range exercise, we can see that in recent years, the hesitation has increased due to known frictions between China. And the United States, which led to a new cold war.

But this time, the Chinese reaction, entrusted to diplomatic channels, was more alarmed than usual: on Wednesday, the Chinese state newspaper Global Times He said the maneuvers had “more symbolic and political meanings than military significance,” due to “the supposed power of the Chinese anti-ship ballistic missiles.” A Chinese arms expert always quoted by Global Times He said Beijing’s lethal Df-26 missiles could cover the entire South China Sea and could negate the tactical advantage offered by the US aircraft carrier. “In the event of war, US aircraft carriers should remain outside the area to keep away from Chinese missile range,” said Xu Guangyu, a senior adviser to the Ministry of Defense. Chinese Association for Arms Control and Disarmament.

The United States responded to the Chinese statements through the mouths of the leaders of the two carrier groups. In a videoconference they rejected Chinese criticism, and in particular Doug Verissimo, Roosevelt’s strike group commander, said the meeting between the two aircraft carriers was more of a convenience than an intent to provoke the Chinese, who claim most of the region and oppose the US naval presence.

READ  The United States puts pressure on allies in the Pacific: China's laying of submarine cables is dangerous

As mentioned Stars and stripes“The fact that we met in the South China Sea was based solely on our navigation plan and the most efficient route to and from our areas of expertise,” said the commander.

In fact, The Uss Theodore Roosevelt is patrolling an area of ​​operations Seventh FleetAs Uss Nimitz began her journey home last week in Bremerton, Washington, after a widespread outbreak in the Middle East.

The commander of the Nimitz strike group, Admiral James Kirk, said that operations with two aircraft carriers “were not directed against any country or in response to any event,” but rather aimed at “improving our preparedness levels in the region.”

Then Admiral Verissimo rejected the Chinese accusation: “From my point of view at the tactical level, this is not symbolic,” while Admiral Kirk said that “the strike groups are not concerned about Chinese missiles,” adding, “We are always aware of this. Other armies’ capabilities and we operate in a way that respects those. Capacity, so I don’t think anxiety is something we do. “

We already know that US policy toward China has not changed with the change of administration in the White House: The United States and its allies in the western Pacific continue to oppose the militarization of islands and coral reefs in the South China Sea by Beijing and attempt to nationalize those international waters.

Verissimo then said that China’s military presence and capabilities had “significantly increased” from previous deployments in the region in 2017 and 2018.

We have seen an expansion of their military capabilities. More aircraft, more ships used every day, he said, “I don’t want to conclude what their intention is […] But the number of forces that we see in all areas has increased significantly. “

READ  UK public sector borrowing is at a record high

At a press conference on Tuesday, Chinese Foreign Ministry spokesman Wang Wen accused the United States of sending “ships and planes to the South China Sea to flex its muscles,” thus increasing the level of tension.

Moreover, prior to the exercise between the two aircraft carriers, the US Navy sent the destroyer Uss John S. Taiwan Strait And on Friday in the Phonop process (Free shipping) In the South China Sea.

Soon after the US aircraft carrier exercises in July 2020, the People’s Liberation Army (PLA) launched several anti-ship ballistic missiles into the South China Sea in a military exercise, demonstrating its ability to hit naval targets with ballistic missiles such as the Df-26 and Df-21D. This time, Beijing appears to be relying more on diplomacy, perhaps to try to give a sign of openness to the new tenant in the White House that held its first meeting with the Chinese president. Xi JinpingWhere they discussed issues related to Hong Kong, Taiwan and human rights.

The Chinese premier immediately declared that he considers the issues of “internal affairs” of China, and therefore indisputable, as was widely expected, and therefore the path seems already set, and it is not excluded that this current “nerve war” with diplomatic statements does not end. Soon some other indicative military actions as has already happened in the past, and possibly near the Taiwan Strait.