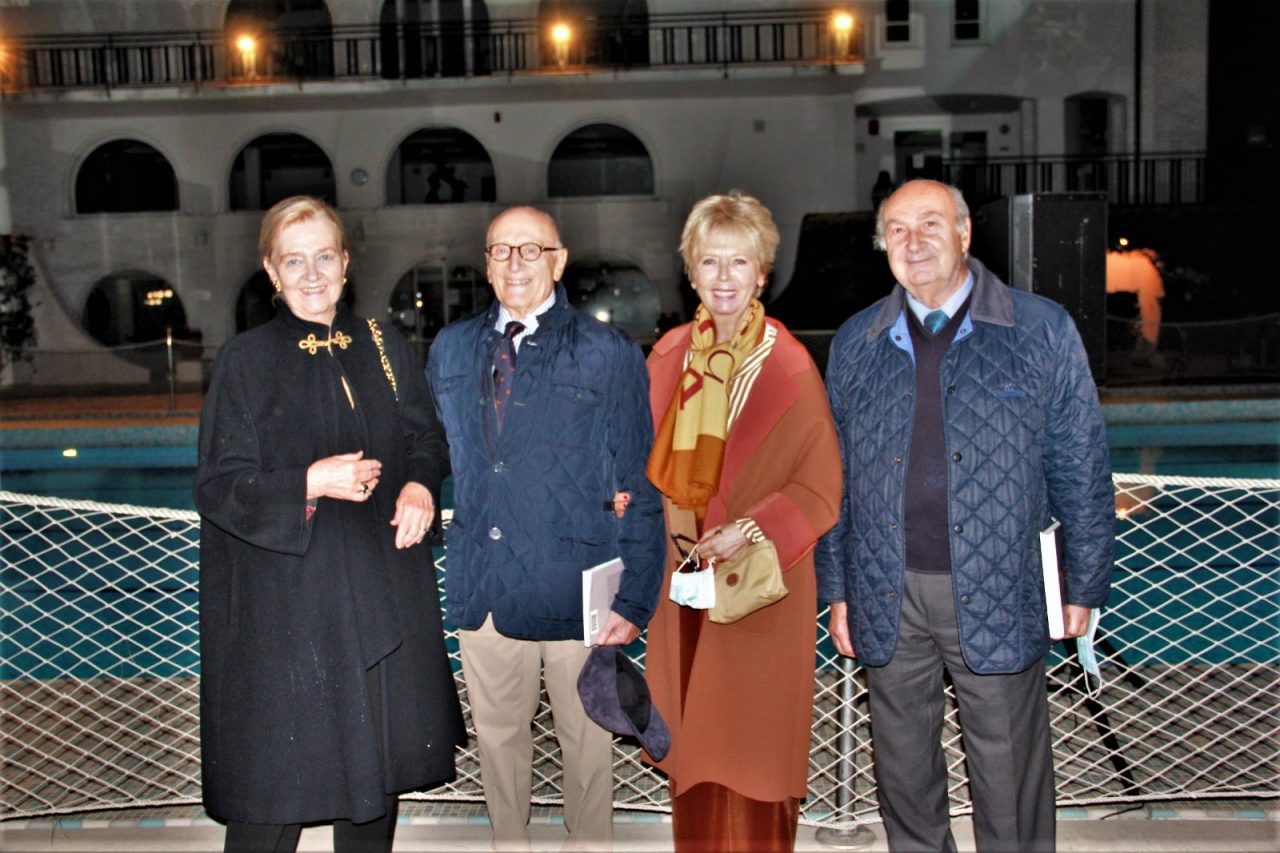 According to Farnesina, the association is the protagonist of the social life of the capital and the activity of diplomacy

I would like to point out that it is only in Italy that Italian diplomats have such an expressive appendix because neither French nor German diplomats have anything similar. The foreign club of rome Opened on May 30, 1937, it is located in a bend of the Tiber River (Lungotevere dell’Acqua Acetosa 42), exactly in a territory that fully corresponds to the battlefield of Ponte Milvio fra Maxentius (who drowned in the waters of the Tiber) and Constantine in 312 AD.

Circolo Esteri is a very prestigious place, the then president walked down the aisle Silvio Berlusconi In the years he has seen at Palazzo Chigi, diplomats serving at international summits have met here, visiting dignitaries meet here and hold round tables with prime ministers. The club is in fact a place of meetings and exchanges between Italian and foreign official circles, a visible brand of culture due to discussions and book presentations, as it has recently been with the volume ofAmbassador Gaetano Cortez At the Italian Embassy in Madrid. 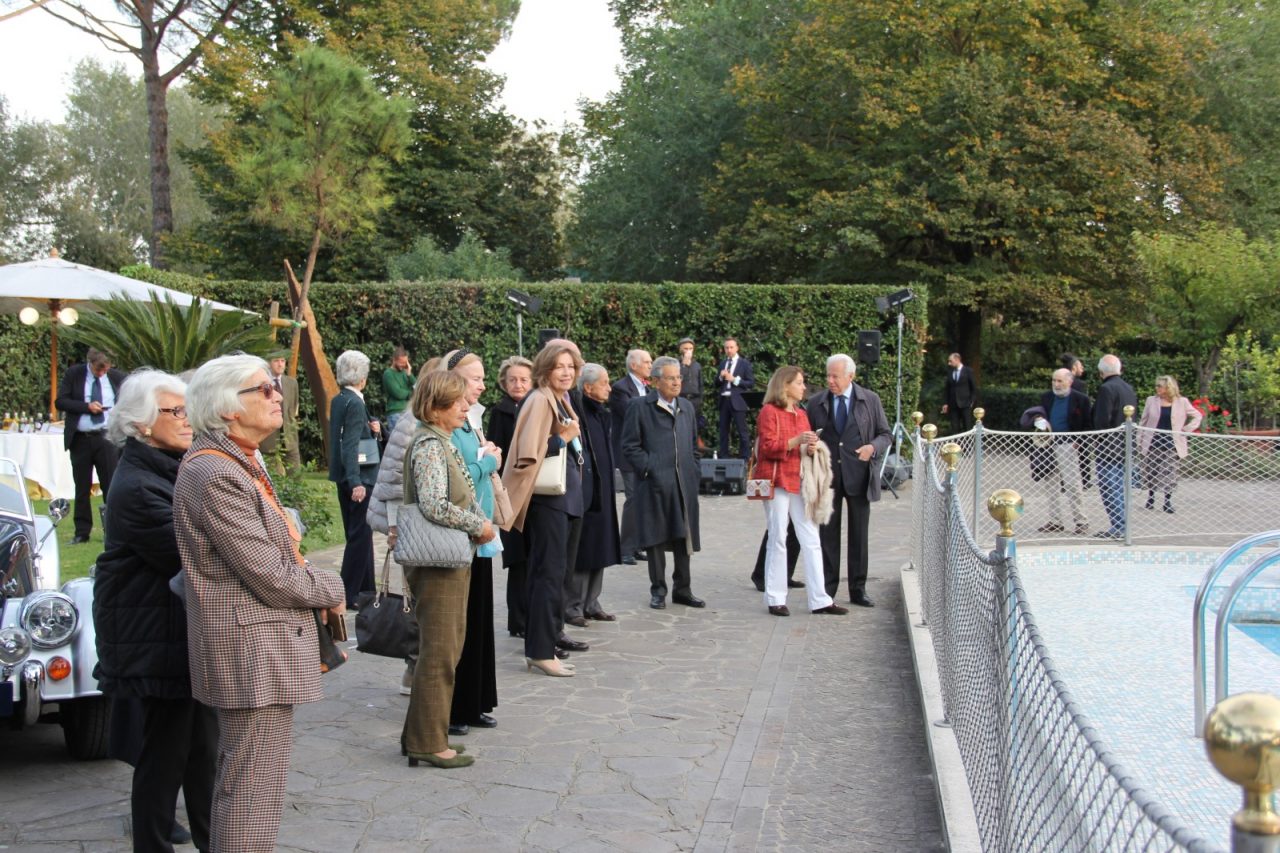 Paolo GentiloniWhen he was foreign minister, he defined him as a “source of international projection” e Giulio Andreotti “I envy you for the time you can devote to club activities,” he said. On these days, exactly on October 16, 2021, solemn ceremonies took place, saluting the words of the President of the Republic. Luigi Maria Vignali, the projection on the facade of the historic building of set video, a sophisticated “log” display that can be created on a building or facade, creating impressive and repetitive effects on shapes, taking into account their dimensional aspects and interacting with 3D effects on their surfaces, even fireworks.

The club is based on Lungotevere dell’Acqua Acetosa, right in the center of Rome and spread over an area of ​​three hectares. Meanwhile, we have the historic building from 1937, which was born as a post-MFA business, as well as an affiliate building that was acquired in 2006 when the adjacent Army Club closed. Life comes alive with dignity in a large and spacious garden with beautiful Mediterranean pine trees, an outdoor restaurant, tennis courts, 2 swimming pools and a fitness room. But besides this sport after work, Circolo della Farnesina, as the former president clearly intended Carlo Azeglio Ciampi (in 2007 he was appointed an honorary member), “sees its role as a venue for important international diplomatic meetings growing from year to year.” And Lamberto DiniThe former foreign minister for a good five years confirmed that the club presented “the character of an ideal and material extension of Farnesina, as an institutional venue for international meetings.

See also  Venezuela. Go around penalties for giving up games. Maduro kept his promise to the children

There is more, because the culture and art here live moments of strong imprint. Suffice it to say that the foreign club is a place where “art in the service of diplomacy” and “diplomacy in the service of art”, so much so that US Ambassador Ronald B he said that “The Circolo Collection is an impressive example of contemporary Italian artistic production“. Among the artists present, in fact, we find you Giorgio De Chirico, Pietro Casella, Sandro Chia, Arnaldo Pomodoro, Mimo Palladino, Marisa Setimbrini, Arturo Fermi, Bruno Mangiatierra, Eugenia Serafini, Primo Formenti and others. The club’s cultural tradition is also intense, offering a rich calendar of in-depth musical, literary, artistic and scientific events. It is a profession that is also embodied in the important exhibition dimension associated with contemporary art. The prestigious art collection displayed in the indoor and outdoor spaces of the club makes it truly unique in the panorama of the Roman circuits. Dance parties, themed evenings, charity events, bridge courses and buraku tournaments enrich the rich program of social activities. the book Department of the Ministry of Foreign Affairs from Ugo Colombo Sacco by Alpiano, released in 2008, “He tells of the events they saw The association as a champion of the capital’s social life and diplomacy since its inauguration in 1937.

The volume highlights the progressive “institutional role” that the club has acquired over the years as well as the traditional social, recreational and sporting functions. This role is highlighted by international events that find five prestige in their spaces: a definite achievement in terms of representing the institutional activity of the Ministry. The club, which has about 3,000 members, 850 of them combined, also plays, as the volume demonstrates, an important function in projecting a high-level image of the ‘state system’ and, at the same time, in promoting our cultural production and Italian lifestyle and ‘Made in Italy’. ”, providing an international framework and an atmosphere of friendly openness and intercultural dialogue … The volume also illustrates the historical dimension of the club. I 24 presidents have led the club since 1937 o Revitalizing its activities with a perfect red thread to unite our diplomacy’s past and present. Thus an unpublished picture of Italian diplomacy emerges through the events of some of its symbols.

In the historic building, in the reading room for members and all guests, there is library Which includes the most Books and writings of Italian diplomats Reviewed byAmbassador Stefano Baldi In his column “The Diplomat’s Pen”, as well as the “Italian Embassies Abroad” section where you can also find all the editions of the Colombo Publisher series, founded and edited byAmbassador Gaetano Cortez, dedicated to promoting the architectural and artistic heritage of Italian diplomatic representation in the world (embassies of Ankara, Berlin, Brussels, Cairo, Istanbul, The Hague, Lisbon, London, Madrid, Oslo, Stockholm, Vienna, Washington and Madrid). It is also possible to consult all volumes of the Diplomatic Documents Series of the Ministry of Foreign Affairs and International Cooperation as well as journals and periodicals related to the international activity and international cooperation of Farnesina.

In the late forties of the last century, it was Department of Foreign Affairs He gained entry into the Waterpolo Serie A Championship after which the swimming division was sold to AS Roma. In the 1950s, the available space was expanded, with the purchase of adjacent land belonging to the Department of Agriculture, and the structures were greatly improved. A “witch” period began for the club that lasted about a decade. The role that Roma played in the Dolce Vita – in the 1960s – the capital of cinema but also a great center of the world, also had an impact on the life of the club which, thanks to its elegance and refinement, also attracted great interest. between movie people, who were in Rome to shoot movies or installed their house there, like Audrey Hepburnwho had been married Andrea DottiClub member. Nicolas PetrangelyThen, at the top of his career, he trained in our fields.

At the end of the 1950s, the State Department moved to the new headquarters of Farnesina. The greater proximity to the Circolo headquarters favored its use for representational purposes, both on an official level, as a secondary alternative to the Villa Madama, and for use by members for private ceremonies. The increase in the favorite acting activities of the 60s and 70s marked the beginning of an evolutionary streak that would culminate in an extraordinary additional enrichment of the club from an aesthetic and decorative point of view, as well as from a practical and functional point of view. In the latter part of the twentieth century, the construction of sports facilities in Rome proliferated and competition increased between established clubs, each of which sought to improve its image and increase its prestige.

Moreover, membership in the club assumes the value of one A status symbol. In this general succession towards renovation work, the Department of Foreign Affairs I managed to create, under the guidance of Dear Brother Ambassadors, Alessandro NS Umberto Fattani, club presidents (the first for seven years and the second for 11 years), a lively, attractions-filled environment, offering members a broad sporting and cultural offering and various forms of social entertainment, at the same time maintaining the same identity profile yet, of elegance and sobriety. Significant work was carried out to expand the headquarters buildings, renovate the sports facilities and restore and transform the interiors of the historic building.

Pioneering are the partnership agreements with the Academy of Santa Cecilia and Italian and foreign geographical societies such as the American Academy and the Herziana Library of Art History. The club also hosts the CinemMAE Short Film Festival in which personalities such as Jello PontecorvoAnd Farzan Ozbek NS Bobby Avati. Such as exhibition project On contemporary art, in progress, – laid down by me – “Worlds” (2019-2023) And set off for celebrations Twenty Years of the Farnesina Collection. Today the club is in the hands Prime Minister Plenipotentiary Luigi Maria Vinalliwho will end his three-year presidency in February 2022.

He said, “I made it my second home.”Moroccan Ambassador Abouyoub Hassan; And the Cardinal Giuseppe Bertello, former Apostolic Nuncio in Italy: “An ideal environment where leisure is transformed into useful time”. unforgettable wordsHis Excellency Silvio Berlusconi, former Prime Minister, who, among other things, wrote: The particularly pleasant atmosphere that prevails at the Palazzina dell’Acqua Acetosa is also the result of a compliment in the service of strengthening personal and institutional relations … Active: I would like them to know that behind them and next to them, whenever the need arises, they will have a prime minister and participant they can always count on.”

The Department of Foreign Affairs in Rome He lives his past with prideAnd Rich in events as well as the passion and dedication of those who have dedicated themselves to it. This beautiful place is made possible by the commitment of past generations, but is above all the fruit of an “immaterial value”, which has slowly settled over time and has increasingly become the identity of the partnership, and undoubtedly its soul. . Today more than ever we look to the near future, how to further enhance what is the great heritage of the club, and certainly also to adapt it to the demands of the younger members – both for cultural activities and for sporting activities – and to propose new directions, new activities, new opportunities and new certainty.

Equal and impartial information, giving voice to all sources of information