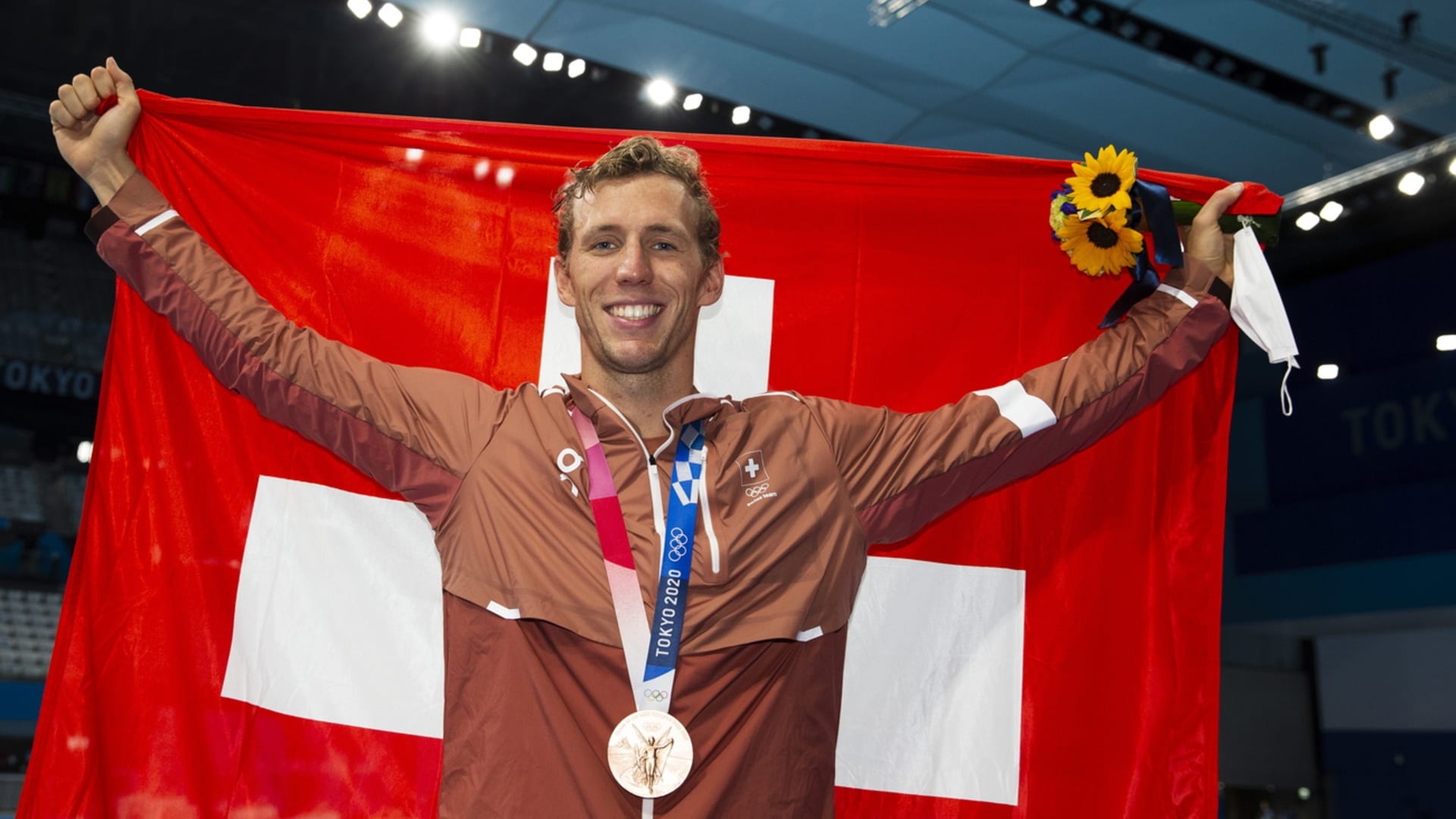 Swimmer Jeremy DeBlanche won bronze in the 200 meters medley on Friday, marking Switzerland’s ninth medal at the Tokyo Olympics, its first swimming medal since 1984 and the 200th podium in its history at the Summer Games.

Desplanche (26) had to break his own Swiss record to reach the podium. He did so by defeating Japan’s Daiya Seto by just 0.05 seconds. “I couldn’t see anything at the end, it was hard,” he commented.

His medal is double historical. With her, Switzerland has 200 podiums in its summer Olympic history, after Belinda Bencic qualified for Thursday’s women’s singles final and (with Viktoria Golubic) for the doubles final, securing two more medals.

Furthermore, it is only the second medal won by the Swiss swimmer, after Etienne Dagon’s bronze in the 200m breaststroke in 1984.

The best and worst groups

So far, the Swiss have collected nine medals in Tokyo, one gold, three silver, three bronze and two guaranteed tennis medals, overtaking the seven at the Rio Olympics in 2016. Can they reach double figures, something they haven’t done since 1952? When they won 14 in Helsinki?

Photo of the Swiss football team, silver medalist at the 1924 Olympic Games in Paris. They lost 3-0 to Uruguay in the final.

And what games would Switzerland like to forget? That would be for Barcelona in 1992, when 102 athletes in 80 events earned just one medal (definitely gold: Marc Rosset in tennis).

See also  USA: Elon Musk is supposed to return the United States to the moon - the economy