Switzerland ratifies the “Covid passport” in a referendum | Europe | DW 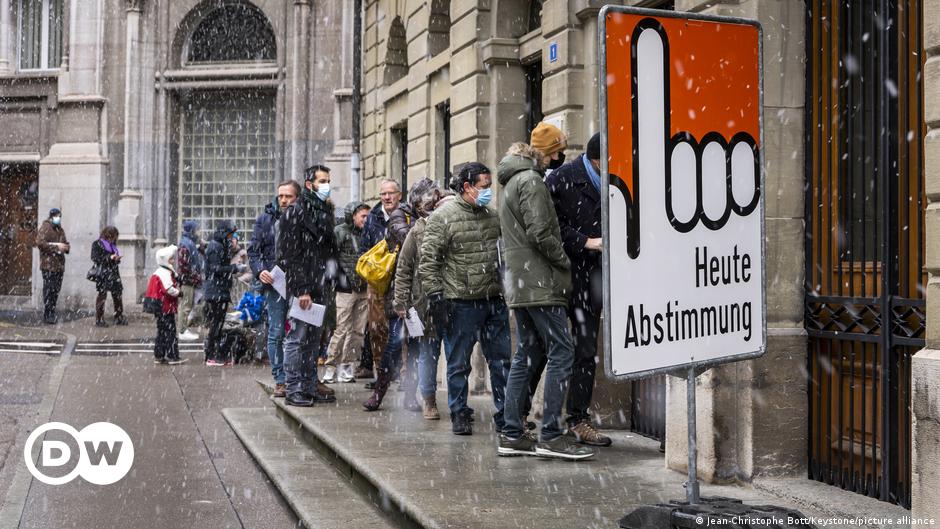 On Sunday (11.28.2021) Switzerland passed the law allowing the government to impose a so-called “covid passport” on citizens who want to enjoy certain services, such as eating in a restaurant, going to the cinema, a show, show or sporting event in more than 1000 people.

More than 61% of voters supported the law despite a campaign organized by critics of the law. The turnout was 65.7%, the fourth highest since women’s suffrage was introduced in the country in 1971.

The document proves that the person is completely immune to Covid-19, either because he received the necessary doses or because he tested negative.

This same law provides economic assistance to the sectors most economically affected by the pandemic.

Several Swiss cities have been the scene of protests in recent weeks over the imposition of the health passport, which, unlike other European countries, is not necessary to use public transport or go to work.

Promoters of the referendum emphasized the document that its increasingly generalized use puts the unvaccinated in a discriminatory position, infringes on their freedoms and constitutes an indirect obligation to vaccinate.

They also opposed electronic contact tracing of an infected person.