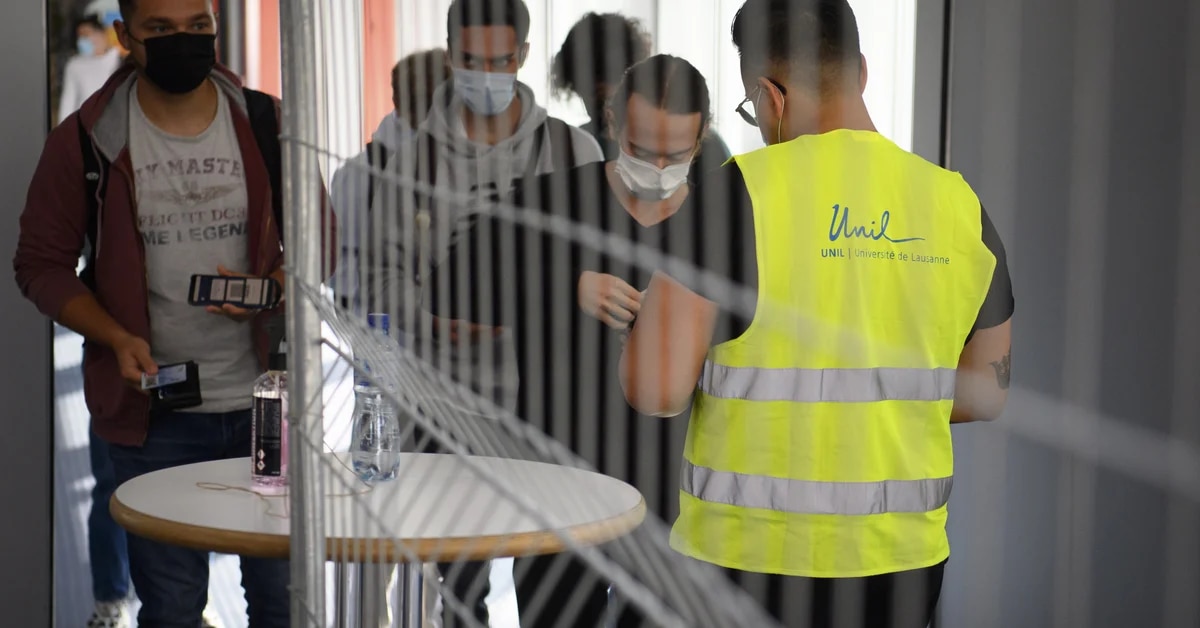 Geneva, December 17 (EFE). – The government of Switzerland announced today that only vaccinated people or those who have overcome COVID-19 will be able to access restaurants, cultural institutions, sports and leisure facilities, a rule that is being taken vis-à-vis the record numbers of infections that the country has experienced.
In these closed areas, a mask will be mandatory, and when it cannot be used (for example, at lunchtime in a restaurant), a negative test must be shown if the vaccinated people received their last dose more than four years ago. months.
The Swiss executive has also ordered that private meetings, countering the Christmas celebrations, be limited to just ten people, if one of those in attendance has not been vaccinated or does not have the disease.
The rules, which entail tightening antiviral measures, will go into effect on Monday, December 20, when remote work will also be mandatory.
The Federal Council stressed that the epidemiological situation in the country is worrying, with more than 10,000 new infections in some past days, which has led to an increase in hospitalization cases, although the numbers of deaths from COVID-19 are lower than those previous waves.
An official memo confirmed that patients treated in hospitals “are mainly unvaccinated middle-aged and advanced people”, and warned that on December 13 the critical level for 300 patients with COVID-19 in intensive care was reached, which is beyond guarantee. A perfect attendance for all those accepted.”
Despite the fact that the Central European country has collected enough vaccines to immunize its entire population, there is a significant reluctance to vaccinate in the country, and the proportion of people with a full schedule is only 66%, which is lower than those in the neighbourhood. Countries such as France (71%), Italy (73%) and Germany (69%).