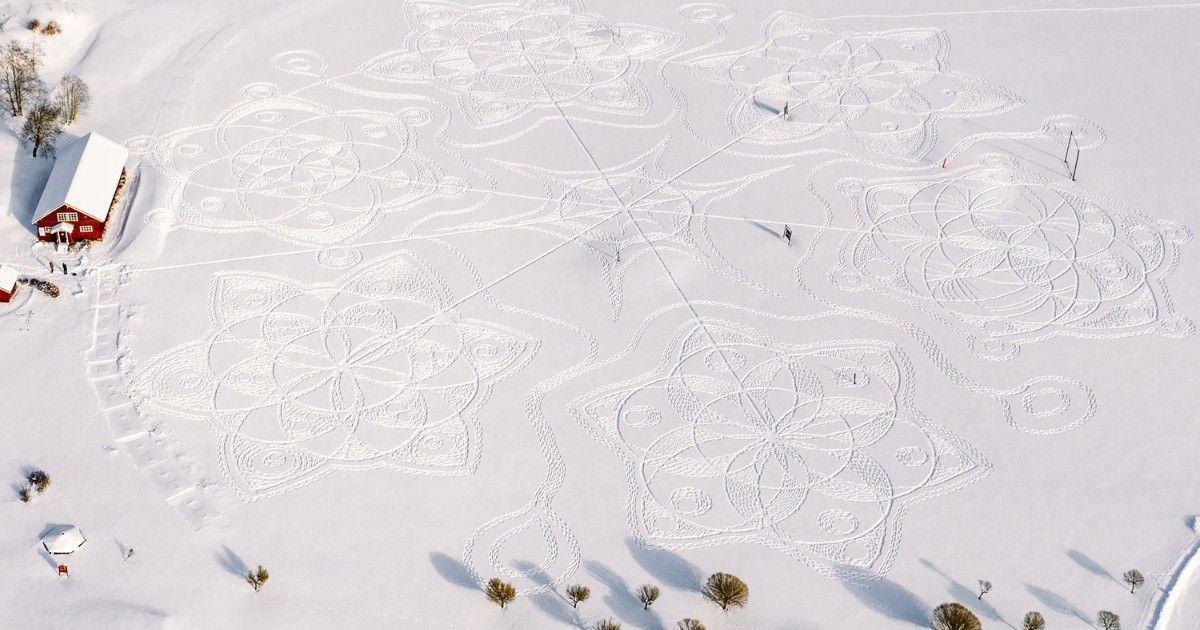 Helsinki, Finland. Under the guidance of an unprofessional artist, 11 volunteers in Finland took thousands of steps in geometric shapes on snow, creating an ephemeral artwork.

Under the tutelage of the neighbor and the hobbyist artist Jan PicotVolunteers used snow boots to trample on snowy piles on a golf course near the capital, Helsinki, creating five-pointed star marks surrounded by six massive snowflakes.

The work, completed in two days, is approximately 160 meters (525 feet) in diameter. Local newspaper Helsingin Sanomat reports that this is possibly the largest work of snow seal art in the history of the Scandinavian country.

“It was a social challenge as well as a visual challenge,” said Pico, who was inspired by visual effects and previously drew shapes in snow on her own.

Speaking of a social challenge, Pyykko was referring to the difficulty of leading a group of people to recreate a computer-generated engineering design, featured in a video Youtube Created by Pyykko.

The volunteers used a tape measure and thread to stick the design and reproduce it in the snow.

“There is something in the human brain that loves a circular shape,” Pico said, stressing that the best way to see the work is from the air.

He stressed that accurate reproduction of the design by volunteers using snow boots required great coordination on the ground.

Pyykko admits that the work will be fast, as it will be wiped out due to snowfall or incoming winds.

READ  Geoffrey Berman, a powerful U.S. lawyer who investigated Trump aides, refuses to step down after Barr pushes him out