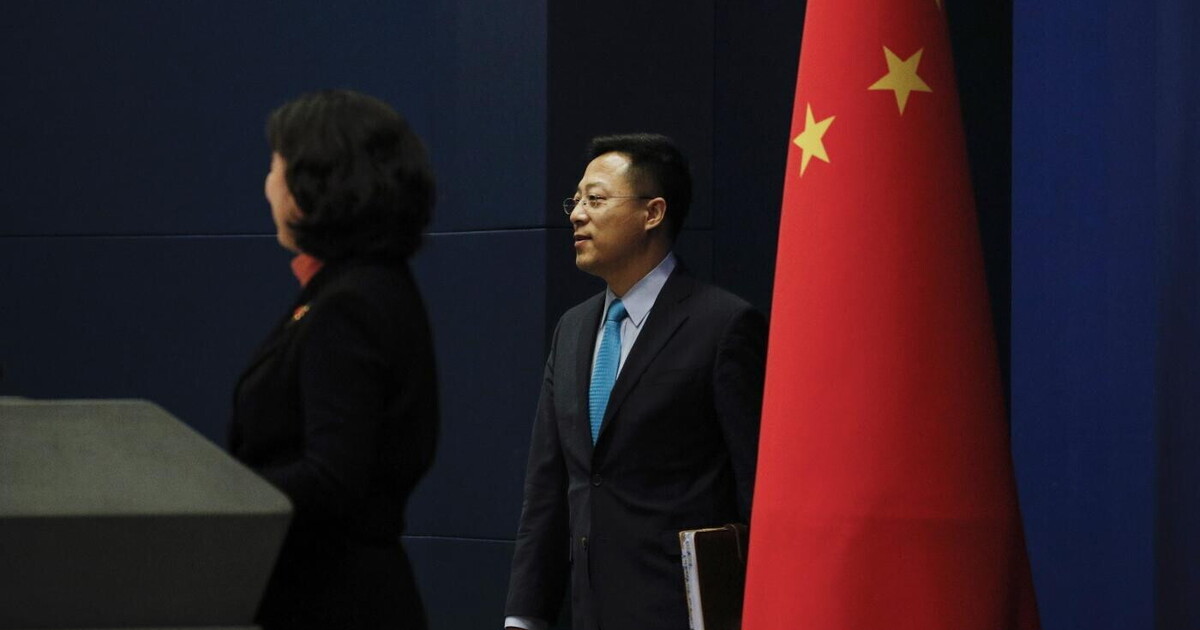 Zhao Lijian, is one of the boldest voices in Beijing’s Foreign Ministry propaganda. The Last Battle is a rap song that asks to open the doors of Fort Detrick, the American laboratory in Maryland, to shed light on the “hidden truth” of the origin of Covid-19.

In the early days of the epidemic, a Chinese diplomat was already taking off conspiracy theories On Twitter, according to which the origins of Covid-19 in America should be sought. “Maybe it was the US military that brought the epidemic to Wuhan. Be transparent! Make your statements public! The United States owes us an explanation!” It was March 12th or later This Tweet the United States Department of State The Chinese ambassador was summoned to protest the accusation.

The person in question is Zhao Lijian, a spokesperson for the Chinese Foreign Minister and one of the most ruthless predecessors Wolf Warriors Chinese. It is he who has changed China’s communication with allies and other countries: the mixture of evasive diplomatic language and vague communist jargon, which has characterized the party’s public pronouncements for decades, has replaced its aggressive stance away from soft power politics. A practice that Xi Jinping seemed to encourage.

The Chinese diplomat’s latest tweet is a rap group song that appeared on his profile on Wednesday, August 11, 2021: The song indicates that the US military engineered Covid-19, He asks them to shed light on the truth and investigate by opening the doors of Fort Detrick The American Laboratory in Maryland.

“Like a witch’s cauldron, how many intrigues have come out of your laboratories, and how many corpses are hanging on a ‘and again needed’ card, open the doors of Fort Detrick, and shed light on a well-kept secret (…).” Zhao mentioned this phrase and comments on social media: “This rap song speaks to our minds.”

Even the Chinese State Agency Xinhua Share the song. He deleted the tweet and then reposted it without the original comment: Enjoy the new rap song.

Zhao knows that very well Focus on the weaknesses of the United States It’s a way to lend credibility to China and contribute to its rise, at this moment more than ever: she tested it on her own skin. The official joined the Ministry of Foreign Affairs in 1996 He quickly climbed the ranks.

Then he discovered Twitter in 2010 (banned in China) while working in Washington at the Chinese Embassy in America, but began to actively use it after five years, in 2015When he was in Islamabad. And he’s right Pakistan, which is one of the first non-communist countries to focus on China, which Zhao Lijian cultivates his audience, and overcome the void left by the US Embassy staff – who have been very active in Pakistani media and social media.

Thus Zhao becomes the only voice in everything related to CPEC, The China-Pakistan Economic Corridor, both on Twitter and in official communications, helps promote good relations with Islamabad Today is a starting point Belt and RoadThe project of megacities and transportation networks, which aims to cross Asia to reach Europe and gradually remove it from the circle of American influence.

On Twitter she has more than 992 thousand followers She shares anti-American stories, accuses plots, and advocates for Chinese policy toward Uyghurs and Hong Kong; All with pungent undertones to say the least. Just a few days ago he retweeted some of his cartoons Global TimesAnd Always at Fort Detrick. Hard diplomatic power does not seem to want to end now.