Draghi Macron Dinner. From Afghanistan to the strategic axis of defense in the European Union between Rome and Paris 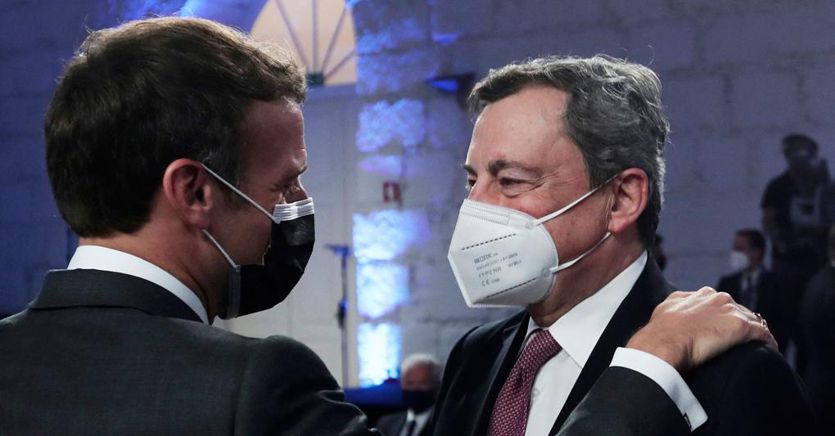 The Italian-French axis must bear the greatest responsibility in implementing the fundamental reforms for the future of the European Union. Tonight in Marseille, Mario Draghi and Emmanuel Macron will try, at a working dinner agreed on August 15, to arrange all the files that close cooperation between Rome and Paris is essential to restore an active role for the European Union. In Marseille, Macron is attending not only a summit on sustainable economy but because in a city now hostage to gang wars, the president aims to implement a major development and security plan also in light of a difficult election campaign that will see a “march” in fierce competition with Le Pen. Here, point by point, are the topics at the heart of the meeting between Draghi and Macron.

Draghi’s idea of ​​an extraordinary G-20 summit on the Afghan crisis is slowly losing consistency. A phone call between the prime minister and Chinese President Xi Jinping is scheduled for Tuesday 7, but it is already known that the Chinese have no particular interest in addressing political issues in a purely economic forum like the G20. The potential mutual veto between G-20 member states and countries interested in the file (India against Pakistan, Saudi Arabia against Iran) threatens to turn the extraordinary summit into a conference call that extends to the available topics or nothing more. In this context, Draghi gives all his support to the French and English proposal for a “safe zone” around the Kabul airport. The resolution, which was approved by the Security Council, due to Chinese objections, reduced the scope of the Franco-English proposal, but it is already a first step. Italy and France will also cooperate in receiving Afghan refugees in Europe.

The proposal for a “combat group” of 5,000 men from the armies of member states ready to intervene in theaters of crisis will be discussed today in Ljubljana during an informal meeting of EU defense ministers. According to Draghi and Macron, the so-called strategic autonomy in Europe should not be seen in competition with NATO and the United States. After all, in theaters like the Sahel, it’s hard to think of NATO or US involvement.

The Afghan crisis and the Sicily landings are re-proposing the need for a common plan of action for the whole of Europe that can no longer be postponed. In June, Draghi requested and got the issue addressed in the EU Council, but there is still strong resistance in this regard from the Visegrad group countries. Until the end of the year, France is ready to find an agreement with Italy also to use the EU budget to monitor external borders and to conclude an agreement among those there for the distribution of incoming migrants. Then, from 1 January with the EU presidency and given the French elections, there is a risk that Paris will take a more “neutral” stance. “In order not to relive the 2015 disaster, Europe must have an action plan and manage the flow,” said Renew Europe Vice President Sandro Gozzi, who looks with great optimism at the Draghi Macron summit.

Italy and France have reached unity of action on the priorities necessary for the stability of Libya. However, Rome and Paris fear that it will not be easy to reach the goal of holding elections on December 24, and above all to reach a final exit from the country for all military forces (Russians and Turks in particular).

See also  China and the United States: A Telephone Conversation between Yang Jiechi and Anthony Blinken