Social media has become the agenda: Taliban brutality in front of the camera! seconds seen 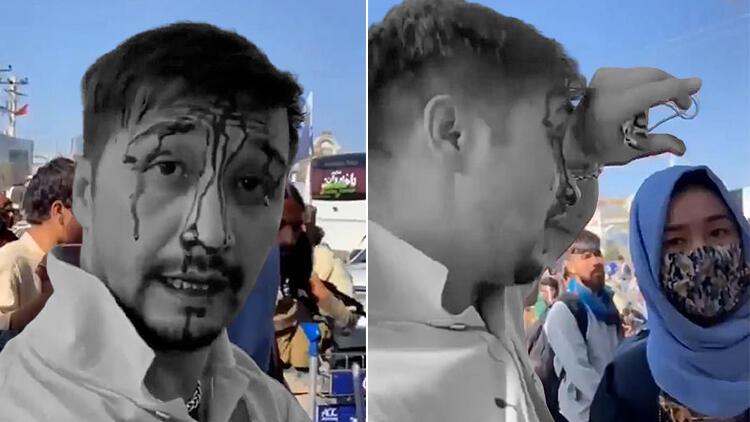 The city, which fell into a state of chaos with the Taliban taking control of the city, witnessed the tragedy of thousands of civilians.

The airport in the city, which has become the only escape point from the country, is the last hope for thousands of civilians. Getting to the airport, where victims occasionally suffer, is as difficult as leaving the country.

According to the Daily Mail news, a video exposing this situation quickly became on the social media agenda.

A bloodied man in the photos in question describes how he was beaten by Taliban militants.

The man who captured these moments in front of the camera said, ‘I am an Australian citizen. I’m trying to get to the airport,” he can hear.

The video, which went viral in a short time, ended with the sound of several gunshots. There is no information on the identity and fate of the person in question.

Within the framework of the peace agreement reached between the United States and the Taliban in February 2020, the process of withdrawing international forces from Afghanistan began this year.

While the agreement stipulated not to attack foreign forces, it did not stipulate Taliban actions against Afghan security forces.

Continuing negotiations with the Afghan government in Doha, the Taliban simultaneously took control of several districts and district centers in Afghanistan with violent attacks since June.

After the siege of the capital, Kabul, the Taliban took control of the city without conflict after President Ashraf Ghani left the country on August 15.

See also  Olympus is getting out of the camera business