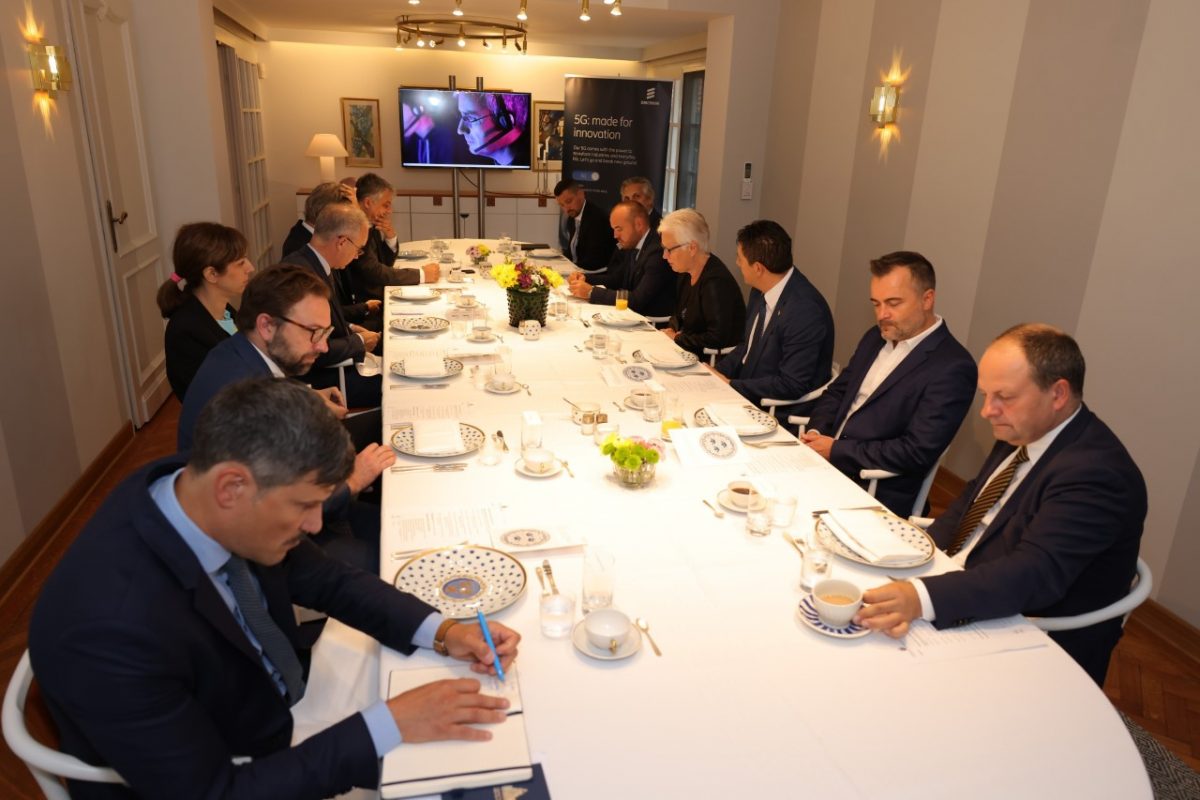 Ericsson has announced the opening of a new Digital Service Delivery Center (DSSD) in Belgrade, which, as we have indicated, will contribute to the development of 5G technology in Serbia.

As noted, the center will focus on network virtualization and 5G networks developed on cloud technology, which will enhance the global 5G ecosystem, building on Ericsson’s existing collaboration with Serbian mobile operators.

The announcement of the opening of the center marks the 25th anniversary of Ericsson’s work in Serbia, and was announced during a discussion on “5G for Development and Innovation in Serbia”, organized by the Swedish Ambassador to Serbia Jan Lundin, on the occasion of the visit by a Swedish parliamentary delegation headed by Parliament Speaker Andreas Norlin.

The meeting was attended, among others, by representatives of the Ministry of Trade, Tourism and Communications of Serbia, the Ministry of the Interior, Serbian mobile operators, and Ericsson’s director for Serbia, Antonio Passarella.

It was noted that Ericsson’s DSSD Center in Serbia has already employed more than twenty local professionals and continues to search for staff among students of various disciplines.

The opening of the center in Serbia, as mentioned, builds on the strategic partnerships that Ericsson has forged over more than a decade with leading colleges across the country.

With the transition to 5G, mobile networks are expected to support a much wider range of services and more data than before, with a greater degree of intelligence, virtualization and automation.

Ericsson’s DSSD Center will be at the center of this network’s evolution towards 5G technology, which will provide smart solutions to individuals, businesses and society locally and globally and provide telecom operators with new sources of revenue as well as new forms of collaboration with businesses and privileged people. End-of-life experiences. users.

It has been determined that the new employees of the DSSD exchange will work on the latest and most advanced technologies for 5G networks such as virtualization of network functions and applications, infrastructure developed on cloud technology, network automation and artificial intelligence for Ericsson customers not only in Serbia but also throughout Europe and Latin America.

Ericsson’s Director of Serbia, Antonio Passarella, said 5G technology is a unique platform for open innovation that is expected to boost the Serbian economy and global competitiveness.

“It can contribute to attracting more long-term investments in the country and be an additional driving force for our country’s increasingly sophisticated digital economy in the future.” The DSSD hub is arriving at the right time as it will play a key role in the rapid adoption of 5G technology in Serbia and beyond,” he added, adding that it was another confirmation of the company’s long-term commitment and continued investment in supporting youth and digital skills.