Scandal in the Jordanian royal family: Prince Hamzah is under house arrest 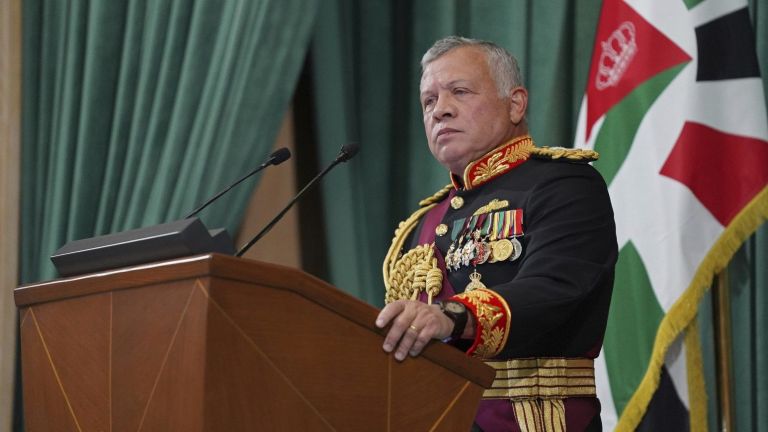 Prince Hamzah said that the commander of the armed forces asked him not to leave his home, not communicate and not meet anyone, according to what was reported by German News Agency.

The prince, who is the half-brother of King Abdullah, said in videos that were sent to international media after the Jordanian army denied earlier last night that he was under house arrest. Chief of General Staff Yusef Ahmed Al-Huneiti said that the prince only asked him to refrain from actions that would harm the stability of the Kingdom.

“I was visited this morning by the Chief of Staff of the Jordanian Armed Forces. During the visit, he told me that I am not allowed to go out and communicate with people or meet them because of meetings I have attended. Or on social media.” Hamzah said in a video broadcast by the BBC. NBC, “referring to my visits, there has been criticism of the government or the king.

The king’s half-brother made it clear that he had not been accused of criticizing himself. His internet and phone cables were cut, and the company providing him with a satellite connection to the World Wide Web informed him that he had been ordered to cut them as well.

“I am not the person responsible for the breakdown in governance, corruption and inefficiency that has dominated our governance structure over the past 15 to 20 years,” the prince said.

Earlier, there were rumors of quarrels in the Jordanian royal family, but such a public scandal is rare, the DPA notes.

The Jordanian Armed Forces said that other prominent figures were arrested as part of the investigation. The army announced two detainees, one of whom was a former finance minister and a member of the royal family.

Reuters indicated that the United States also expressed support for the king.