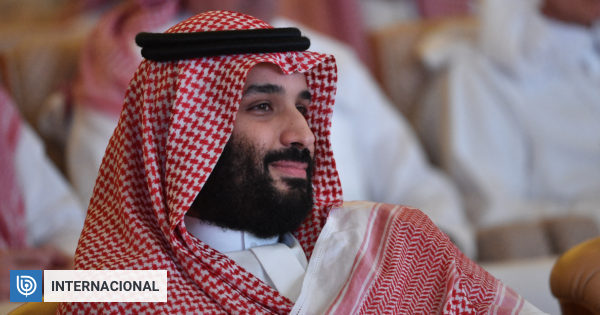 The government of the Kingdom of Saudi Arabia “categorically rejected” the report published by the US intelligence services, which indicated that it was the crown prince Mohammed bin Salman approved the assassination of journalist Jamal Khashoggi The Saudi Ministry of Foreign Affairs said today, in 2018.

“The Kingdom’s government categorically rejects what was stated in the report (…) regarding the murder of citizen Jamal Khashoggi, may God have mercy on him,” said a statement by the Saudi Foreign Ministry, published by the state news agency. , Spa.

According to the Ministry of Foreign Affairs, which published the statement on its official Twitter account, the “conclusions” of the report published today are “Unjustified and untrue” And “it cannot be accepted in any way.”

The memorandum issued by the ministry stated that “the Kingdom rejects any case that may affect its leadership, sovereignty, and the independence of its judicial authority.”

It also indicated that the investigations conducted in the country concluded that “this heinous crime constitutes a flagrant violation of the laws and values ​​of the Kingdom, and was committed by a group that violates all regulations” and that the authorities have already taken All necessary judicial procedures.

The Foreign Ministry recalled that “final court rulings have already been issued” against the alleged perpetrators of the crime, and confirmed that the family of the journalist and dissident Khashoggi was killed in 2018 at his country’s embassy in Istanbul. The judgments were welcomed with “satisfaction”.

In September 2020, Saudi courts issued final rulings against Eight accused of committing the crimeAnd the reduction of sentences for those sentenced to death and the closure of a case that undermined the international image of the country, and above all, Crown Prince Mohammed bin Salman.

READ  Brexit: Amal Clooney resigns from her role as government envoy over a lawbreaking scheme

Foreign Affairs stated in the memo that “the relationship between the Kingdom of Saudi Arabia and the United States is strong and solid,” and that it has continued “during the past eight decades,” in which “mutual respect” prevailed, as stated in the statement. . , Who adds that both countries “continue to work to enhance their cooperation.”

Today, the office of the US National Intelligence Director issued a document stating that Crown Prince Mohammed bin Salman “approved the Istanbul operation in Turkey to arrest or kill Saudi journalist Jamal Khashoggi.”

The report adds that this assessment is based on bin Salman’s control of the process in Decision-making in the KingdomAs well as in the direct involvement of the Crown Prince’s security advisors and members in the assassination, and in their support for the use of violent measures to Silencing dissidents abroad.

It also indicates that during the period of the journalist’s assassination, bin Salman may have fostered an environment in which his aides fear that they will fail in the tasks assigned to them and face the possibility of their expulsion or arrest.

Khashoggi, 59, is a resident of the United States and a contributor to The Washington Post. He was one of the most vocal critics of the Saudi royal family.

On October 2, 2018, he entered the Saudi consulate in Istanbul, and never left: he was killed by a group of people, mutilated his body, and they killed him. It has not been recovered.