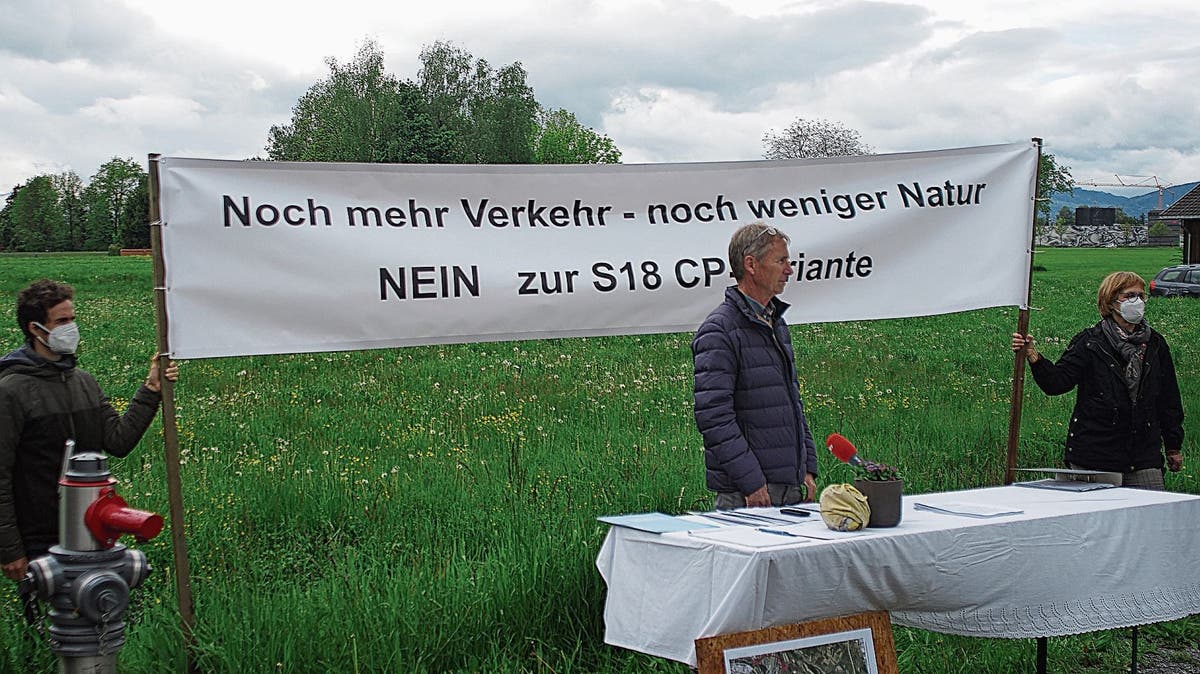 Street resistance: the planned S18 is being fought

The Citizens Initiative fights against a new road from St. Margareten to the motorway junction in Dornbirn.

It is the current alternative to the S18 motorway. Austrian road builder Asfinag prefers this road over another tested connection alternative.

Following the announcement of priority setting by Asfinag in November, Lustenau Mayor Kurt Fischer spoke of bad news for Lustenau residents. Fisher posted on social media that he was “frankly silent”, as well as about how Lustenau had to learn “this bad news”. The road does not mean traffic relief of the place, but more congestion.

You must bypass Lustenau in the east

The S18 must go in a curve from St. Margareten to Vorarlberg and in the east from Lustenau, along the entire eastern settlement area, to the intersection of the Dornbirn Sud motorway. A new community customs office will be built in St.

A variant that has been phased out by Asfinag (with the name Z) would have run underground through the Natura 2000 area. Asfinag sees a much better chance of achieving S18 as now planned. Interestingly, both the state of Vorarlberg and the municipality of Lustenau preferred the Z variant.

In mid-November, ORF radio and television quoted “recognized Natura 2000 expert Wolfgang Suski” who said of the currently planned S18: The alternative carries less risk to Asfinag “of course, since it does not pass directly through the protected area. The area or assets have been touched. Significantly less reserve.” In addition, it does not pass through “hypersensitive swamp or reed areas” where complex groundwater conditions prevail.

An initiative by the citizens is fighting against S18 and thus Lustenau’s planned bypass. They believe that the motorway connecting the highways of international importance on both sides of the Rhine is long overdue. However, the planned route now would mean “a massive intrusion into the living space of the people of Lustenau, Hoekst and Fossach and the neighboring Swiss communities as well as the flora and fauna of the adjacent reed areas”.

A website for the citizens’ initiative is being developed under the name “Lebensraum-Zukunft-Lustenau”; Eugene Schneider says it will be activated over the next few weeks. The retired nature lover, honorary member of the Beekeeping Association, is a member of the five-person core team and, as he asserts, is free of any political or political commitments to anyone.

Resistance is a “long-term project”.

A total of about twenty opponents of the initiative are active. As Eugene Schneider explains, resistance is seen as a long-term project, one that one intends to undertake “deliberately step by step”. Research, information and communication are the priority activities at the moment. Apart from fighting against the planned S18 road, they want to work in a concrete way for more green in the settlement area.

In connection with the planned S18 route, Eugene Schneider and colleagues believe they have severed the connection between the settlement area and the landscape of the reeds, a popular local recreational area. “Significant disturbance of the ecosystem, especially the groundwater body” is associated with S18 as well as “the destruction of today’s landscape”. Compared to private interests, the public good “continues to take priority” with the aim of developing sustainable settlement and mobility.

READ  A "unicorn" distorts the room