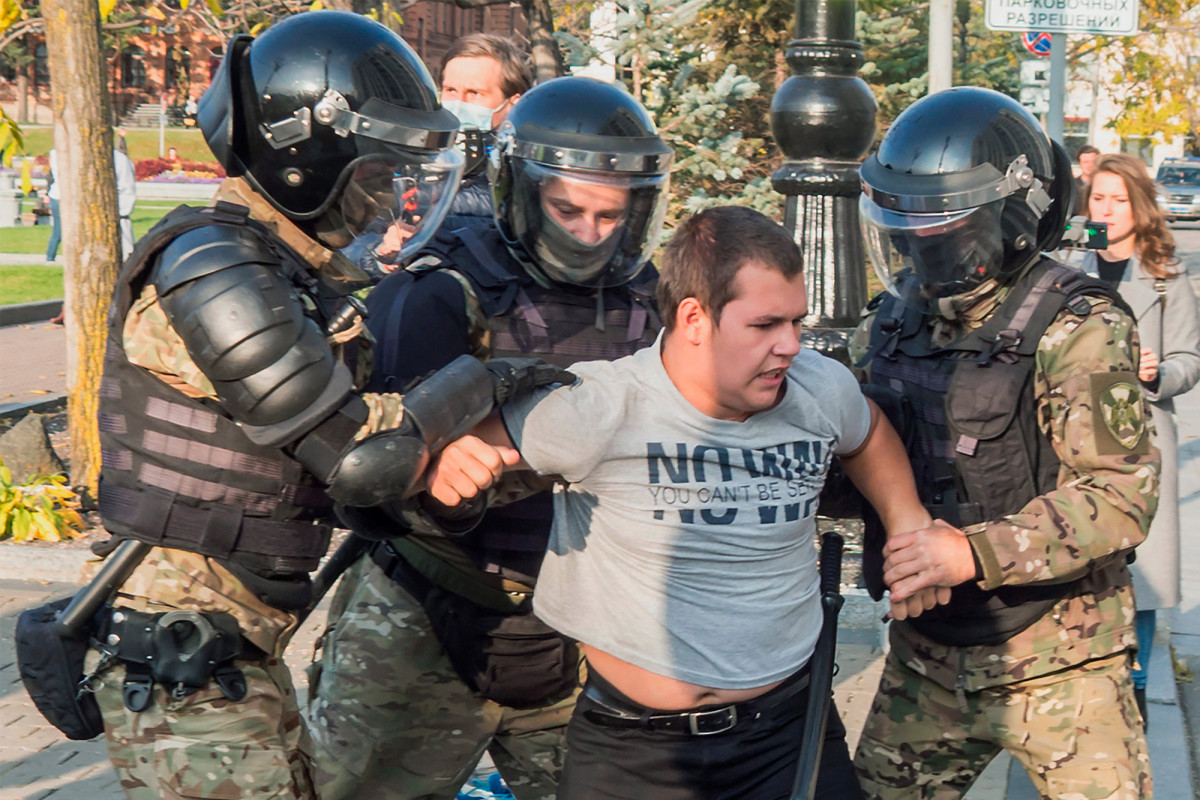 Russian police, wearing baton shields, ended weeks of anti-government protests in the far east of the country on Saturday by pulling out 25 people and ripping up protest tents in Central Square. Reuters reported.

Anti-Kremlin demonstrations continued in the city of Khabarovsk, 3,800 miles east of Moscow, for three months. Locals have been angered by President Vladimir Putin’s decision to arrest famed local governor Sergei Forgal on murder charges, which he denies.

Footage on social media showed policemen dragging protesters away as a woman shouted, “Where do you live?”

Vurgal’s supporters say he is targeted because he defeated a candidate from the ruling United Russia party loyal to Putin in 2018. The Kremlin says Vurgal has serious accusations to respond to.

Opposition politician Alexei Navalny, Who gets better in Germany After reportedly assaulting him using nerve gas, he criticized Russian police in a tweet.

Navalny wrote: “The authorities in Russia are bastards.”

“When half of the people in Khabarovsk took to the streets, they hid like cockroaches. They waited three months, the number of people grew, they became more daring, then they went out and started beating people for no reason.”