Nagorno-Karabakh: The ceasefire comes into effect in Armenia and Azerbaijan | Asia 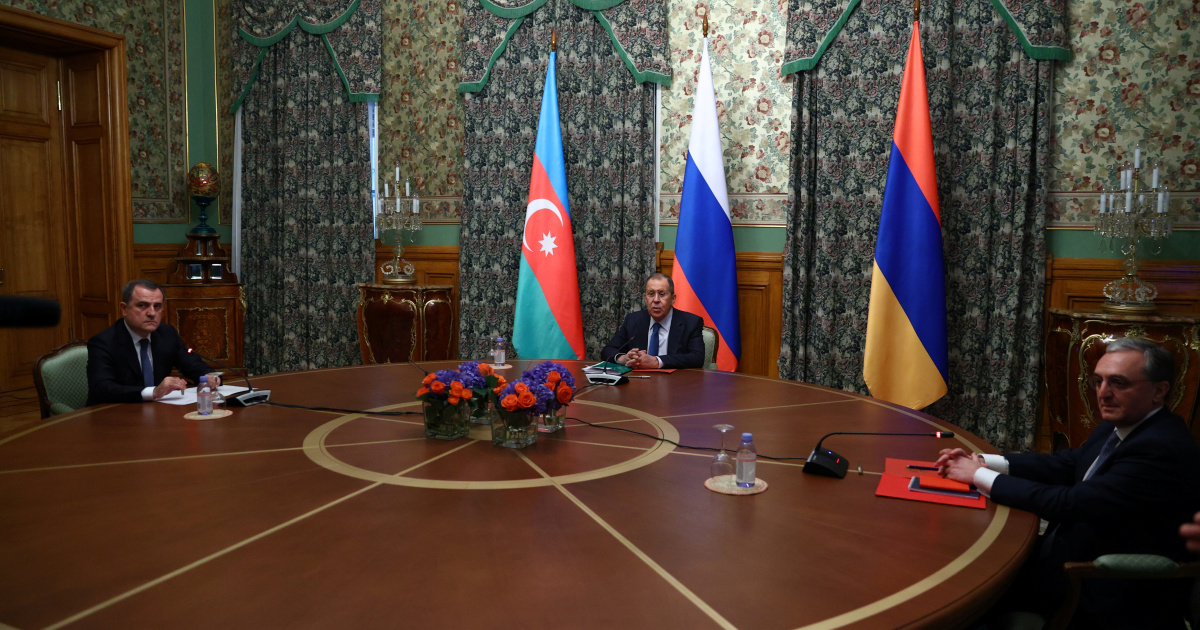 Meanwhile, the two countries accuse each other of bombing civilian areas in the disputed area before the ceasefire.

The ceasefire agreed by Armenia and Azerbaijan came into effect at noon local time (08:00 GMT) to end nearly two weeks of heavy fighting around the disputed Nagorno-Karabakh region.

Officials in the disputed region and Azerbaijani forces accused each other of firing rockets and rockets at civilian areas on Saturday morning, shortly before the start of the ceasefire.

Russian Foreign Minister Sergei Lavrov said earlier on Saturday that a ceasefire was agreed upon after about 10 hours of “substantive” talks between Armenia and Azerbaijan in Moscow.

The chief Russian diplomat said that the Red Cross will act as a mediator in the humanitarian operation once the ceasefire takes effect.

Al-Jazeera correspondent in Moscow, Alexandra Stoyanovich-Godfreud, said that the agreement was for “a ceasefire for humanitarian reasons.”

She said that we have to “wait to see if this ceasefire really happens as agreed, whether it ends with a prisoner exchange, and if the parties are really ready to return to the negotiating table to resolve this decades-long conflict.” .

Under international law, Nagorno-Karabakh is recognized as part of Azerbaijan.

But the Armenians, who make up the majority of the population, reject Azerbaijani rule and manage their own affairs with support for Armenia since the devastating war of the 1990s following the collapse of the Soviet Union.

At least 30,000 people were killed and hundreds of thousands forced from their homes before an internationally brokered ceasefire was agreed in 1994.

Clashes before the cease-fire

Meanwhile, the Ombudsman of Nagorno Karabakh, Artak Beglerian, said that Azerbaijan fired missiles at civilian areas in its main city, Stepanakert, which were regularly subjected to rocket and artillery bombardment.

“Baku is using the same method # War Crimes at the last minute,” Artak Bigelrian said on Twitter, adding that there was no information yet about the victims.

The Azerbaijani Defense Ministry said that Armenian forces are bombing civilian areas in the country.

The Armenian armed forces are bombing heavily populated areas in the regions of Guanboy, Tatar, Agdam, Agajabirdi and Fizuli. “Azerbaijan is taking reciprocal measures,” the ministry said in a statement.

At least 300 people were reported killed in the fighting that began on September 27, the most dangerous in the region since the 2016 clashes left dozens dead.

Renewed fighting in the decades-long conflict has raised fears of a wider war, drawing in Turkey, a close ally of Azerbaijan, and Russia, which has a defense pact with Armenia.

Paul Stronsky, a senior fellow with the Russia and Eurasia Program at the Carnegie Endowment for International Peace, told Al Jazeera that Nagorno Karabakh was a “complex issue” for Russia, noting that it was already at odds with Turkey in Syria and Libya.

“There is a real risk that this war will turn into a proxy,” he said.