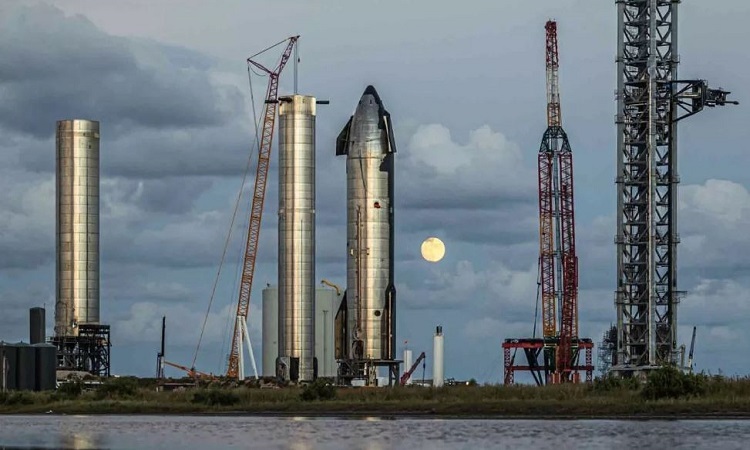 AmericaSpaceX hopes to be able to conduct the first test flight of the spacecraft into orbit within the next few months from Starbus in Texas.

The 90-second “Gateway to Mars” video shared by SpaceX on October 24 on Twitter reveals the process of the giant spacecraft’s transition to the launch pad, liftoff, complex roll, and landing safely on Earth. Earlier today, SpaceX CEO and Founder Elon Musk also posted a photo of the Starship and Super Heavy rocket with a full moon at Starbase near the village of Boca Chica in southern Texas.

From the 30 second in the video, steam billows from the spacecraft as it takes off, it performs carefully acrobatic maneuvers and lands smoothly. SpaceX has not revealed which Starship version this flight was. The Starship’s last flight took place in May 2021, when the SN15 prototype was launched and landed safely. Musk said the current spacecraft model will provide data for future Mars colonization efforts, although there are still many hurdles to overcome.

Last week, the SN20 prototype underwent a standard static fire test. SpaceX is waiting for the Federal Aviation Administration (FAA) to issue a license to fly into orbit. The public recently expressed mixed opinions in community surveys about the Starship’s environmental impact, particularly at the base near Boca Chica.

Starship is a heavy-duty transportation system developed by SpaceX to transport people and cargo to the Moon, Mars, and many other locations in deep space. The system was selected in April 2021 to assist NASA in the Artemis Moon Return Program. Although the Starship is still in development, the ship has already broken at least one record. In August 2021, when it was stacked atop a Super Heavy rocket for the first time, the Starship system became the world’s tallest launch vehicle (120 meters).