Raisi intends to focus on the economy and nuclear energy, world news 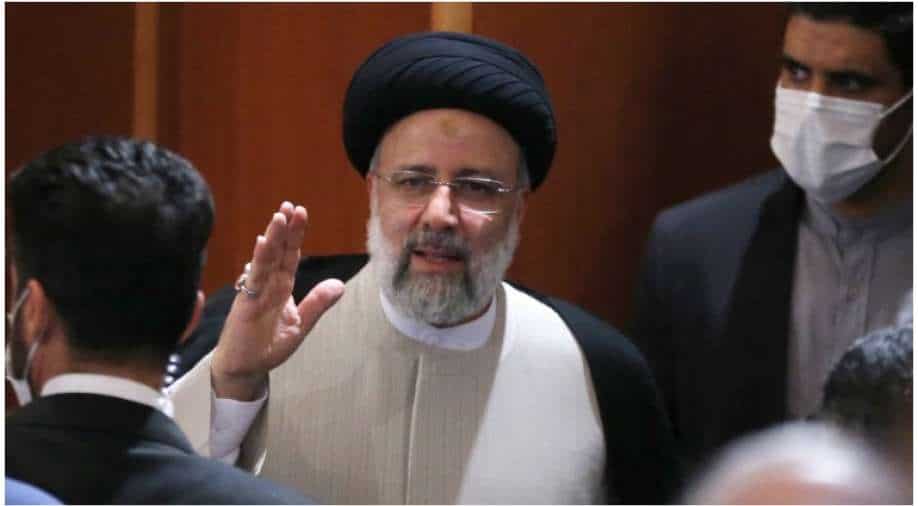 Ebrahim Raisi, Iran’s hardline conservative, is set to be inaugurated on Tuesday as the new president of the Islamic Republic, a country mired in deep economic crisis and hit by crippling US sanctions.

He replaces moderate President Hassan Rouhani, whose landmark achievement was the 2015 nuclear deal between Iran and six world powers.

Raisi, 60, will have to face nuclear talks aimed at relaunching the pact from which the United States unilaterally withdrew.

Two days after the inauguration of the Islamic Republic’s Supreme Leader, Ayatollah Ali Khamenei, on Tuesday, my two leaders will be sworn in before Parliament.

He won the June elections when more than half of the electorate was absent after several prominent politicians were barred from running.

The West has criticized Raisi for his human rights.

Iran’s economic problems, exacerbated by US sanctions, will be the new president’s biggest challenge, according to Clement Therm, a researcher at the European University Institute in Italy.

“Its main objective will be to improve the economic situation by strengthening the Islamic Republic’s economic relations with neighboring countries,” Therm told AFP.

“The goal is to build a business model that protects Iran’s economic growth from US policies and decisions.”

Therm believes that Raisi’s main priority will be “lifting US sanctions” so that Iran can increase trade with its neighbors and non-Western countries such as China and Russia.

The 2015 agreement saw Iran accept limits on its nuclear capabilities in exchange for sanctions.

But former US President Donald Trump unilaterally withdrew from the accord after three years and tightened sanctions again, prompting Tehran to abandon most of its nuclear commitments.

Trump’s successor, Joe Biden, indicated his willingness to return to the agreement and entered into indirect negotiations with Iran along with formal talks with the remaining parties to the agreement: Britain, China, France, Germany and Russia.

US sanctions have stifled Iran, it even tried to stop its oil exports, and the economy shrank by more than 6% in 2018 and 2019.

This was a major blow to Rouhani, who had hoped to liberalize the economy and develop the private sector.

And in July this year, protesters in the oil-rich and drought-stricken province of Khuzestan took to the streets to express their anger.

The economic crisis has been exacerbated by the coronavirus pandemic, which has left many Iranians struggling to survive.

Iranian reformist economist Saeed Laylaz said the outgoing president was “perfect” in his approach to the West.

“Rouhani believed that he would be able to quickly solve all the problems in the country,” said Laylaz, who has served as an advisor to Iran’s presidents.

After his election, Raisi made it clear that his main foreign policy would be to improve relations with the countries of the region.

In mid-July, Rouhani said he hoped his successor would reach an agreement to lift US sanctions and end nuclear talks.

But Khamenei, who will preside over a grand inauguration on Tuesday, and his last words on political affairs, cautioned against trusting the West.

Raisi himself has already said that he will not negotiate with the other parties to the nuclear deal, and indirectly with the United States, only for the sake of negotiations.

He said his government would support talks that “ensure national interests”.

Six rounds of nuclear talks between Iran and world powers took place in Vienna between April and June. The last round ended on June 20 and no further date has been set.

Officials in Tehran said there would be no new talks until Raisi took office.

According to Therm, the new administration in Tehran, where the conservative camp deeply distrusts the United States, is unwilling to push.

He said Tehran had the will “to show the American side that there is no urgent need for a quick compromise.”

Terma added that the new government also wants to prove “its ability to strike a deal better than the previous one.”

According to Lilas, the future of the nuclear deal will be one of the factors that will influence the fate of the economy.

“If Iran announces its intention not to continue negotiations, the sanctions will remain,” he said.

But he also expects Washington and Tehran to reach a compromise. “Iran and the United States cannot continue with the status quo,” Lilaz said.