Quds News Agency – Scoop: Russia seeks to hold tripartite talks with the United States and the Zionist entity on Syria 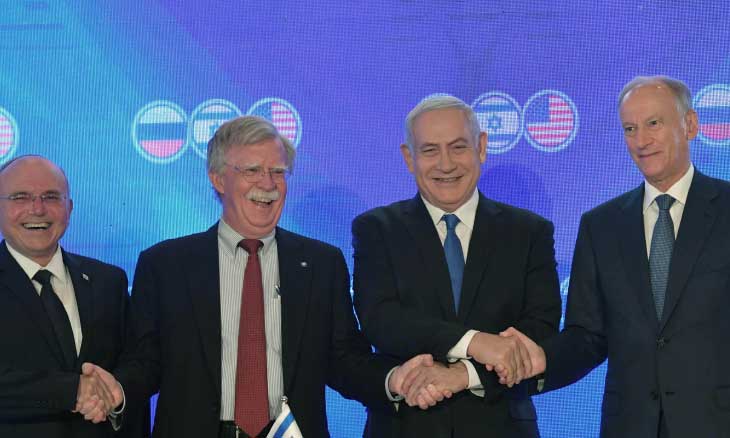 Russia has asked Israel to encourage the United States to agree to high-level tripartite talks on Syria, two senior Israeli officials told me.

The significance of this: Israel’s main focus in Syria is to drive out Iran, and this will likely only be possible through US-Russian cooperation.

Flashbacks: US, Russian and Israeli national security advisers last met to discuss the situation in Syria in Jerusalem in June 2019, with John Bolton representing the United States.

Bolton was fired two months later, and there was no subsequent meeting.

Russian Foreign Minister Sergei Lavrov raised the issue with his Israeli counterpart Yair Lapid when they met in Moscow two weeks ago, and the Russians raised it with Bennett’s National Security Adviser, Holata.

The Russians requested the meeting and wanted to discuss steps toward a political solution in Syria and see if the United States would be willing to offer sanctions waivers to allow oil and gas to travel through Syria to Lebanon, which is facing severe shortages.

According to Al-Sharq al-Awsat newspaper, McGurk raised the possibility of the withdrawal of Iranian forces and pro-Iranian militias from the areas near the border with “Israel” in the Golan Heights.

See also  A doctor who treated A. Navalna died unexpectedly after being poisoned in Omsk

Bennett is also expected to visit Moscow in the coming weeks for his first meeting with Putin.