Putin’s Russia has not yet happened: the “complete purge plan” has been launched 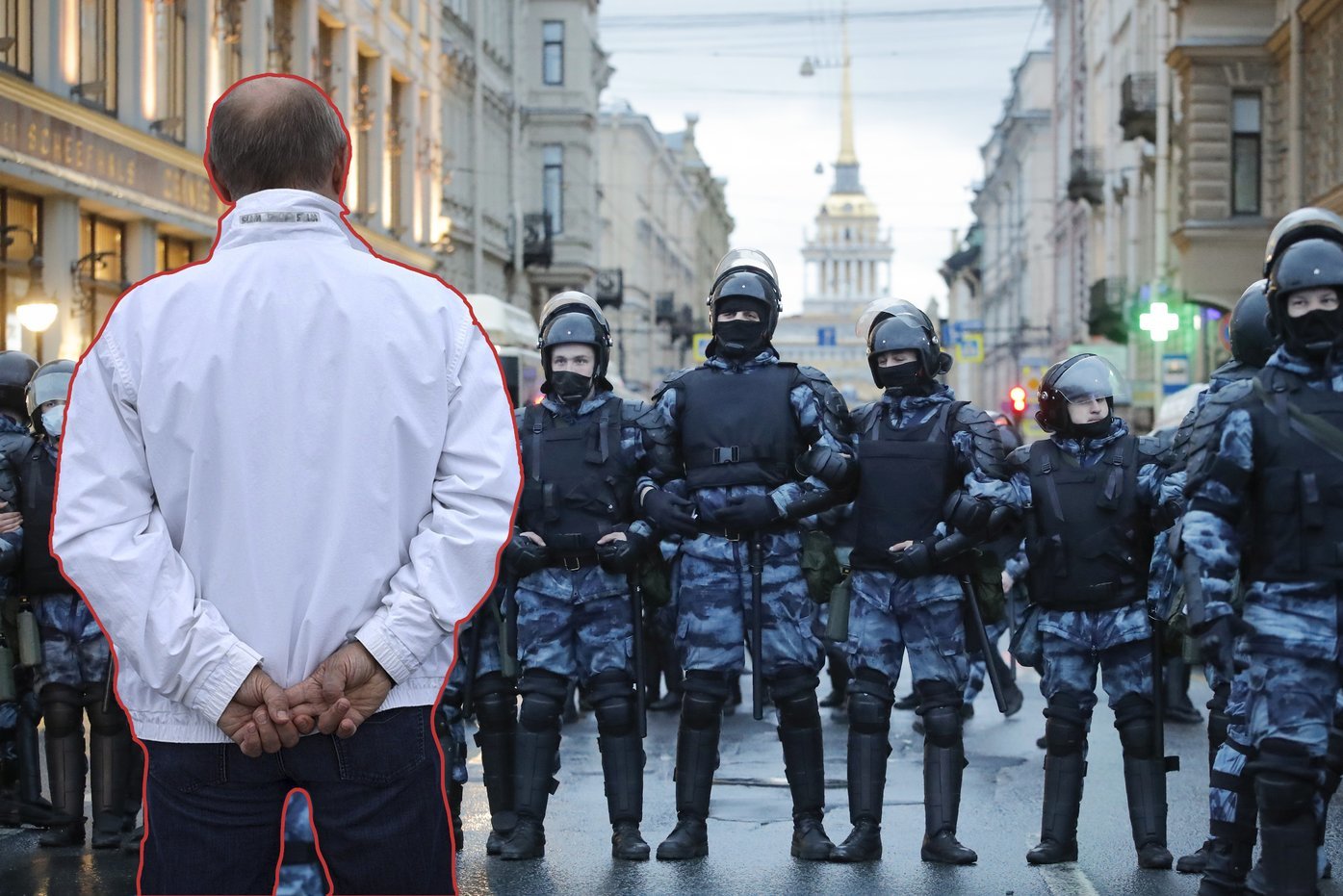 A was imprisoned. Navaln, destroying the anti-corruption fund under his leadership, is just the beginning of the Kremlin’s suppression of freedom of expression in Russia.

Andrei Pivovarov, a former director of Open Russia, was arrested in St Petersburg on May 31 and accused of “collaborating with an unwanted organization”. Yuri Sidorov, coordinator of the Open Russia section, was also arrested in Cheburkas on the same day.

On June 1, searches were also made of the homes and offices of opposition figures in Moscow, former parliamentarians Dmitry Gudkov and Alexander Solovyov, who also worked in Open Russia.

Not only that, several online news portals have closed this week alone. Vtimes, an online publication founded by former Vedomosti journalists, announced the closure of the portal on June 3. Newsru, the 21-year-old news portal, ceased to exist a few days ago.

In both cases, the reasons given are the same: advertising cash flow has decreased due to the new law on “foreign customers” adopted in Russia and its very wide application, as well as employee safety. There are concerns that workers may be arrested and repressed while they continue to work.

In April, the Meduza portal, founded by former employees of Lenta and headquartered in Riga, was announced as a “foreign agent”. For these reasons, Medusa has had financial problems (Russian advertisers are reluctant to work with “foreign clients”), but at least for the time being they are being saved by money collected from readers.

Political scientist Tatiana Stanovaya told the BBC that the destruction of Navaln’s structures or the search for members of Open Russia, even after their cessation was announced, was part of a much broader context. What the government used to see as unsystematic opposition – unpleasant but entitled to exist – is now considered anti-regime.

“Politicians, civic activists, journalists, experts, sociologists and ordinary people simply criticize the government – now it is all a crime, and it is no longer the political technologists, but the power structures. They do not care what the government looks like from the outside,” says the expert. They are not concerned about their reputation – they see criminals and act accordingly.”

Stanovaya is confident that in the coming months, everything reminiscent of the “anti-regime behavior” that began after the investigation into the involvement of FST agents in the poisoning of Navalna will happen in Russia.

“What happened to Pivovarov, Gudkov and others is not a new stage in the persecution of the opposition, but a continuation of the plan to purge the absolute political sphere,” political analyst Pavel Salin told the BBC.

“The political space must become completely sterile from the government’s point of view. Any treacherous elements that speak against political systems in principle, or individual aspects of them, and even potentially disloyal elements must also be eliminated. So this is not the second stage nor the third, it is a process It was planned in December last year and began to be implemented this spring.

He describes the scenario of the current opposition to Russia’s future as a “dissident”. The expert predicts that similar persecution will continue and by the end of the summer “the cleaning will be one hundred percent.”

Penalties for “mistakes of the past”

Andrei Kolesnikov, an expert at the Carnegie Moscow Center, believes that the arrest of Andrei Pivovarov also symbolizes the beginning of retroactive law enforcement.

“The sins of the past will now be punished – not only for the present and the future, but also for the activism that existed before the adoption of one law or another. There is a quasi-legal principle of political reaction,” he told the BBC.

A. pointed out. Kolesnikov notes that the election campaign for the State Duma in September did not reach its climax, and therefore the arrests can be considered preparations. “Undoubtedly, this is a combined process of intensifying repression, used in isolation from the elections, decisions in fact to completely cleanse the political sphere before the elections, to avoid scandals and protests, and to prevent protests from having leaders. .

Political scientist Tatiana Stanovaya believes that the upcoming elections to the State Duma, on the contrary, impede rather the purification of all dissatisfied.

“We have a clear division: the local political coordinators are responsible for the methodological sphere, and the siloviks are responsible for the irregular opposition. So the power line is there regardless of the elections, the expert said. – I think the elections, on the contrary, further slow down the process. Trustees Domestic politics have their own interest: they want the elections to be conducted quietly, and to elect a loyal Duma with the least disturbance. On the other hand, it may even be an attempt to carry out the repression as calmly as possible, and less discord – but the attempts are not the most successful. “

More importantly, Stanovaya warns that the post-election crackdown on “anti-regime elements” is far from over.

Political expert Konstantin Guys told the BBC that the September elections had removed the government from the “smart voting” system put in place by Alexei Navaln’s team to allow the election of independent opposition candidates.

“However, I have not heard any concern about the possible interference of Mikhail Khodorkovsky in the electoral process. If everything is clear about Navaln, I am not sure about ‘Open Russia’. Perhaps that is something else. list work “No one says” Duma elections “, but something else,” he said.

What is the Open Russia Law and the Foreign Agents Law?

On May 27, the Russian Open (Russian: Otkrytaja Rossija) announced its complete suspension and “dissolution”. All regional divisions were closed and all members were expelled from the organization.

READ  The last moment: They broke their fingers! He lost 52 kg - news -

These measures had to be taken because of the law under consideration by the Russian State Duma, which tightens the activities of “undesirable foreign organizations”. Under this law, members of the Open Russia party are now being persecuted.

The law was passed again in 2015. It states that foreign and international structures that “threaten the foundations of the constitutional order and the defense and security of the country” may be recognized as “foreign agents.”

Organizations within the scope of this law are prohibited from establishing their representative offices on Russian territory, carrying out any public activities, their accounts are frozen and employees can be prosecuted.

Open Russia was founded in 2001, when the former oligarch M. Khodorkovsky, who became its head, became its head. He left the post in April 2017, and a few days later the Russian Prosecutor General’s Office declared the British Open Russian Civic Movement and Ukritaya Russia undesirable.

The first, according to Alexei Bryanichnikov, the coordinator of Pravozašity Otkrytki, was actually invented – it was not in British records, and its name is taken from the English canons of open Russia. Another company, Otkrytaya Rossia, according to the leadership of Open Russia, did not participate at all in the Russia-based movement, which was founded on Russian soil and on the initiative of Russian citizens themselves.

However, this did not prevent the Russian authorities from pursuing the administrative prosecution of activists of Open Russia. If a person is prosecuted twice a year under this “undesirable regulation” measure, he or she may also be subject to criminal proceedings up to 6 years in prison.

The first criminal case under this article was filed in January 2019 against activist Anastasia Shevchenko from Rostov. Misdemeanors – she received several times an administrative penalty for participating in gatherings. In February 2021, she was sentenced to four years in prison.