Pre-Cop 26 also ends, and the final race to Glasgow begins 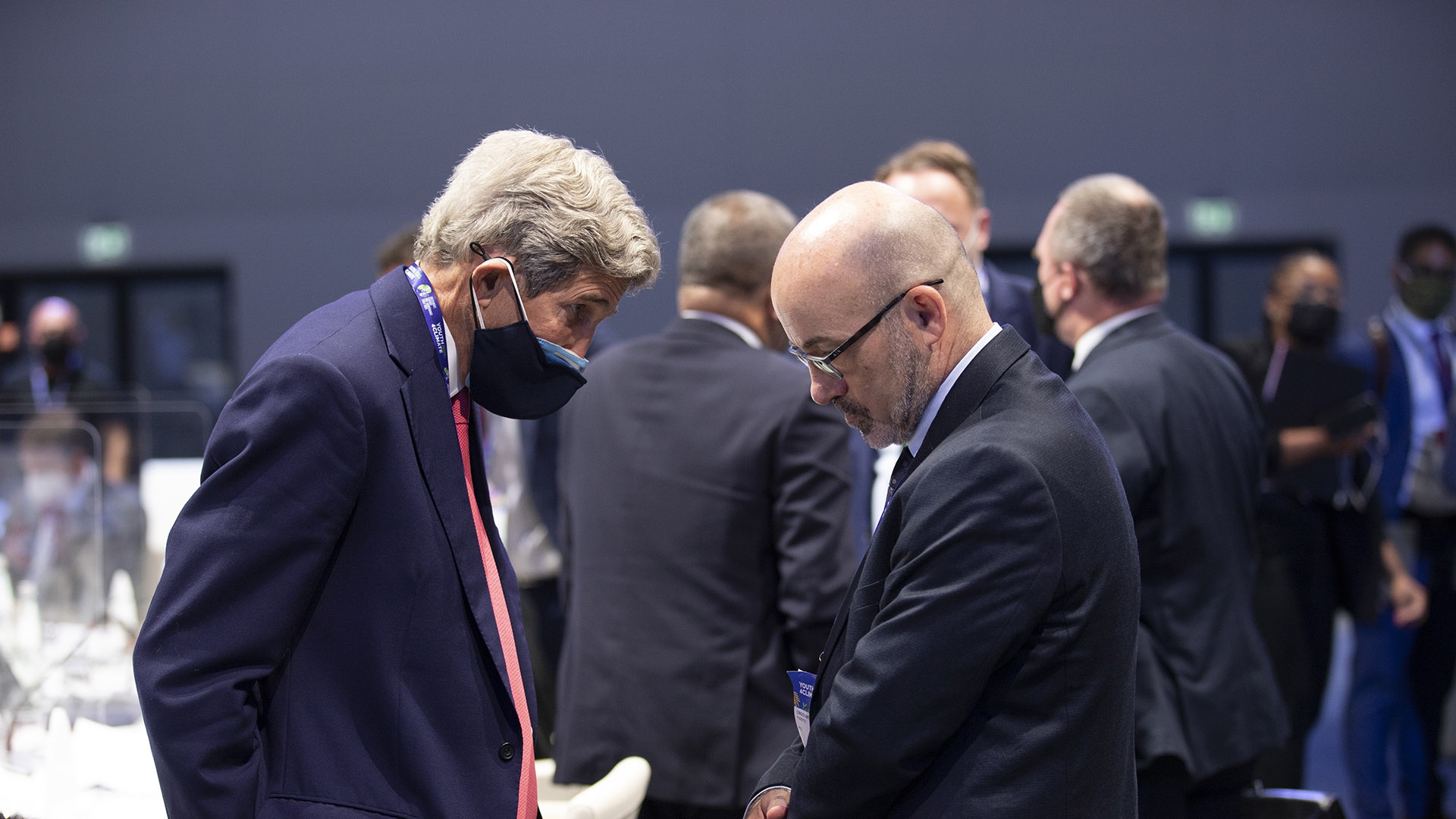 I exhausted every moment to prepare for the climate conference in Glasgow. Words by Timmermans, Kerry, Sharma and Cingolani at the pre-Cop 26 stage in Milan.

This is in a nutshell what the Vice-President of the European Commission said Frans Timmermans During the press conference this morning, the last day by Cop26 in Milan. conference organized by big ambitious coalition, a coalition that the Republic of the Marshall Islands wanted to do what it could to keep the average global temperature rise within 1.5 degrees.

Together with the Timmermans, in fact, Tina Stege was present, sent for a climate Marshalland Simon Steele, Minister of Climate Resilience for the Caribbean nation Grenada. Two people working meticulously to secure a future for their people. A future for their two countries, two island nations at risk of disappearing from maps due to sea level rise, one of the consequences of global warming.

This moment was essential because it made clear that adaptation measures would be placed at the heart of the negotiations, that is, those that make us less vulnerable to hurricanes, landslides, droughts, fires, rain, hailstorms and rising sea levels. . For a simple reason: the climate crisis is already underway and affects mainly developing countries that, moreover, are the least contributing to the ongoing climate crisis. According to a Ugandan climate activist, Vanessa Nakate, these days in Milan, Africa is responsible for only three percent of carbon dioxide emissions, only Antarctica emits less. However, the African continent suffers the worst effects.

The subject, the subject of adaptation, was also heard by the voice and words of the United States’ special climate envoy, John Kerry: “All countries must unite to achieve this goal,” which is to keep temperature rise below two degrees as stipulated in the Paris Agreement. And for Kerry “much less”, it does not mean 1.9 or 1.8, it means “as much as possible at 1.5 degrees as requested by the scientific community” in various IPCC reports. According to Kerry, “There is no way of resolving this situation or getting out of it on your own. No countries large or small can afford to stay out of it,” even if — needless to say — it is the G20 powers that have to do more because they account for 80 percent of the global emissions.

The good news, according to Minister for Environmental Transformation Roberto Cingolani, is that the members of the G20 are “all in agreement and ready to stay in the wake of Paris”.

Just to give space to countries that are more difficult and need support, especially economic and financial, Kerry reveals that Egypt could host Cop 27. But the head of COP 26 Alok Shama He made it clear that at the moment he is a nomination, the decision will be made in Glasgow.

Climate finance, is the knot to be resolved in Glasgow

Climate finance, which aims to allocate $100 billion to support adaptation and mitigation policies in developing countries, is the other major issue that has kept climate ministers and envoys busy at the fore. – Part 26. For Prime Minister Mario Draghi, it is a “moral duty to support the transition of the most economically vulnerable countries,” while Kerry said he was “sure that the money will be found.” In addition to “encouraging countries to do more,” he called for the involvement of private investors. $30 billion is still missing from the appeal.

This $100 billion was first assumed in 2009 by then US Secretary of State Hillary Clinton to keep negotiations alive after the failure at Copenhagen 15 in Copenhagen. Then the commitment to the Paris Agreement was confirmed. Reaching that number today is a key goal for the success of the Glasgow meeting. A criterion for assessing the success or failure of a British conference.

The signs look encouraging. President Joe Biden has promised to increase the US contribution to this fund from $5.7 billion to $11.4 billion in order to make the United States a “leader in international climate finance.” “Italy will do its part,” Draghi reiterated in his Milan speech, expressing his readiness to announce a new economic commitment to climate during the closing event of the Group of Twenty scheduled to be held in Rome at the end of October. According to various sources, our country is ready to double the pledges to reach one billion dollars. But the number then has to grow over the years to align with the goals.

For a fair commitment on the part of Italy, our government “must reach $4 billion a year. That’s why Draghi must pledge to present a roadmap to reach this quota by 2025”, he commented Luca Bergamci from the Ecco . think tank.

However, as we said, 100 billion is just the beginning given that “to reach decarbonization targets [globali, ndr] Close to $3 trillion is needed” according to Kerry and that Glasgow has it, we will have to start setting new fiscal targets after 2030 that could get, as the Cop 26 president assumed, Alok Sharma, closer to the one trillion goal thanks to the entry of private money.

Where is the Italian Special Envoy for Climate Affairs?

Over the next five weeks, Italy will play a central role in climate diplomacy. China has committed to abide by the Paris Agreement. At the G-20, Italy will have to lobby to extract more ambitious promises to cut carbon dioxide (Ndc, National Defined Contributions), push for climate finance, close an agreement on cutting a third of methane emissions, and make an important announcement on abandoning coal. .

However, while the US and UK have appointed a Special Climate Envoy to conduct these sensitive multilateral and bilateral meetings, the position in Italy remains vacant. There was talk at first about Monica FrassoniFormer co-chair of the European Green Party. Then the negotiator’s name was circulated Federica Fricano. But for more than a month, silence has fallen and a response is still awaited from the Ministry of Environmental Transformation and from the Ministry of Foreign Affairs and International Cooperation, which should assign this number by mutual agreement.

The possibility of keeping the average global temperature rise within 1.5 degrees seems real. “This goal is achievable and in the past eight or nine months we have gone back to discussing what kind of measures to take and how to update the NDCs,” he commented. Climate Network Marirosa Iannelli di Italy. “We hope that the minister will be able to announce the special envoy for climate as soon as possible the selection of a high-ranking person,” he added. Never before this month has Italy had such an important role in climate diplomacy, from the G-20 to contacts with China. And after the score of Youth4Climate and Pre-Cop 26, Roberto Cingolani You should seize the once in a lifetime opportunity.