Covid vaccines and an increasingly green economy, G20 led by Italy in Matera 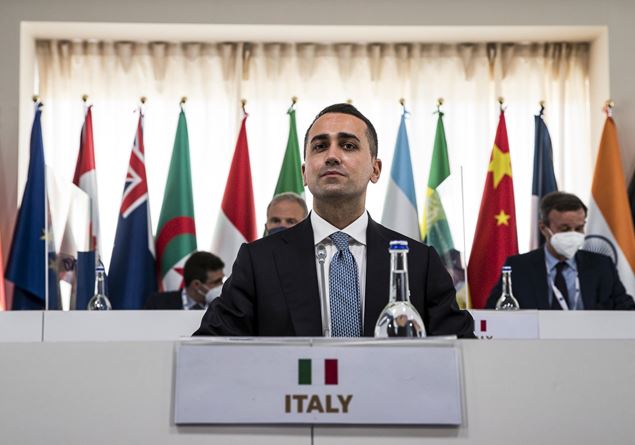 It should be noted that the first G-20 under the Italian presidency, which took place in Matera, is noteworthy for a long series of reasons. Meanwhile, it comes right after the G7 headed by the British. This means that the two major global forums will have undeniable and potentially important European momentum at a point when international confrontation seems to hinge on the Moscow-Washington-Beijing triangle. This coincidence is all the more important if we think that the G7, which increasingly wants to present itself as the club of advanced democracies, represents “only” 10% of the world’s population and 40% of the global economy, while the G20 represents 60% of the population, 78% of World GDP, 60% of trade, 84% of military spending and 74% of global warming emissions.

This means, cascading, some other considerations. While in the G7, especially after Russia’s “expulsion” in the aftermath of the events in Ukraine in 2014, it is much easier to formulate a common agenda and find a final compromise, in the G-20, policy makes itself heard and demands all its rights. On the other hand, it is enough to see how the “Great” arrive at Matera’s date. Anthony Blinken had a very busy day in Rome yesterday. Pope Francis met, attended the Obama Conference that the United States built the 83-nation Global Coalition to Fight ISIS, and met with Prime Minister Mario Draghi and President Mattarella. Beyond protocol, the White House’s desire to reconnect the threads with a historic ally such as Italy, important in Europe and the Mediterranean, has been evident, according to the policy of reshaping relations with Europe launched by the Biden administration. For their part, China and Russia, for their part, in a few hours of this G-20 celebrated the twentieth anniversary of the Treaty of Friendship and Cooperation, and Vladimir Putin emphasized how the exchange between the two countries in this period, who had never been lovers at all, had a great impact. I slept 14 times. While France and Germany, who have long aspired to a decisive role in the European Union, arrived at the G-20 after their proposal for a summit with Russia was drowned out by the former Eastern European nations that weigh the EU more every day. 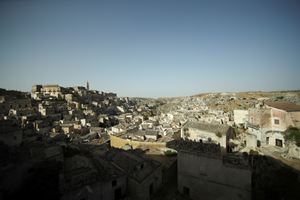 In Matera, of course, we will talk about the Covid-19 pandemic and its consequences. That is, we will talk about health (now first of all to emphasize the need to provide billions of doses of vaccine to the least developed countries in Africa and Asia) and the economy, that is, the measures that have been taken and that need to be taken to achieve a long-awaited global recovery. Some controversy will be inevitable here. With Russia on the Sputnik V vaccine, which the European Union and the United States deliberately kept on the sidelines. And with China, accused of lying about the origins of the pandemic. The Asian giant, as we know, finally benefited from the planetary crisis: in 2020, the crucial year, its economy grew by 2.3%, While the United States fell at exactly that time. In addition, for 2021, Chinese planners expect 6% growth while IMF experts are talking about 8%. This means that China is the engine of the global economy. Moreover, an engine that has recently begun to respond with a blow: on US sanctions, European sanctions, and decisions it suspects of being politically motivated.

Example: Australia has canceled many projects related to G5 (the usual Huawei) and the new Silk Road; China terminated the Trade Relations Framework Agreement in an instant, and in a day the Australian dollar lost 2%. In short, also treat with caution because in the G-20 it is impossible not to take into account the opinion of large non-Western countries. In Matera there will be plenty of talk about the security of the global financial system, now burdened with the massive amount of public debt produced to support economies in the age of the virus, and sustainable development. If the G7 countries (USA, Germany, Italy, Canada, France, the UK, Japan, and the EU) have a substantive core consensus, the differences usually appear in the G-20. It was said about the economy. But a “green” strategy is inconceivable without (or even against) China, India or Russia, to give just one example. Recently, there have been signs of détente in this area, especially from Russia, which has made specific commitments to cut emissions. But we’ll end up talking about money anyway, because the production of hybrid or electric cars is certainly a European specialty, yet it becomes much less attractive if non-European markets are penalized for their fanciful example. According to ISPI experts (https://www.ispionline.it/it/pubbificazione/il-g20-del-2021-il-summit-italiano-nellanno-della-pandemia-29438) the G20 has so far maintained a level of compliance (percentage between commitments made and those maintained) that ranges between 60 and 80%. not bad. We shall see if Matera’s wonderful backdrop will induce prime ministers and chiefs to take proper care of this great part of the planet entrusted to them.

READ  Kim sends messages of friendship to Beijing, but with Washington...