Positive signs of the United States’ return to the nuclear agreement 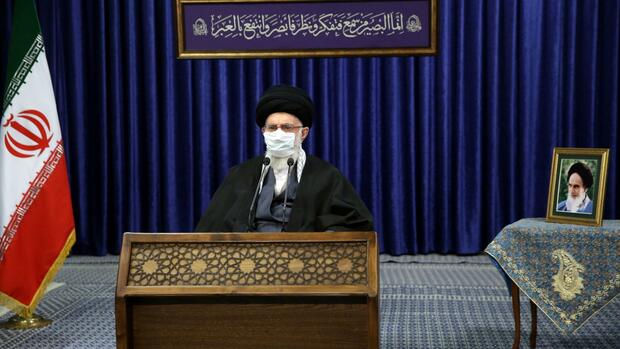 Vienna According to the participants, there has been progress in talks about the United States’ return to the nuclear deal with Iran. There is reason for cautious optimism, on Twitter, Russian actor Mikhail Ulyanov after talks with diplomats from Russia, Germany, China, France and Great Britain. However, there is still some work to be done.

From the European negotiators ’point of view, the talks went very slowly. “We still have a lot to do, but very little time. Against this background, we were hoping for more progress this week,” the high-level diplomatic circles said Saturday. The representatives of Germany, Great Britain and France said at the conclusion of the third round of negotiations in Vienna that there was still no agreement on the main points.

The Europeans, along with Russia and China, are trying to mediate between Iran and the United States. The aim of the Vienna negotiations is a roadmap under which Washington lifted sanctions on Iran and Tehran restrained its nuclear program again.

“There are differences, even big, but since there is progress, we will continue negotiations next week,” Iranian Deputy Foreign Minister Abbas Araghchi told Iranian media in Vienna. There has been progress on issues such as approving Iranian oil exports and accessing oil revenues in foreign bank accounts. According to Araghchi, there are still differences in sanctions against officials and organizations such as the Iranian Revolutionary Guard.

The nuclear deal was concluded in Vienna in 2015. Thus, the Iranian nuclear program was imposed with strict conditions to prevent the development of nuclear weapons. US President Donald Trump withdrew from the agreement after three years. In return, Tehran has intensified uranium enrichment and restricted international nuclear inspections.

Negotiators are under time pressure. In Iran, a new president will be elected in June. To hold the pragmatic position, Hassan Rouhani is no longer allowed to run after two terms. An election campaign, a new president, or a new negotiating team after an election may make resolving the nuclear dispute more difficult.