Photo of the week: Wildfire 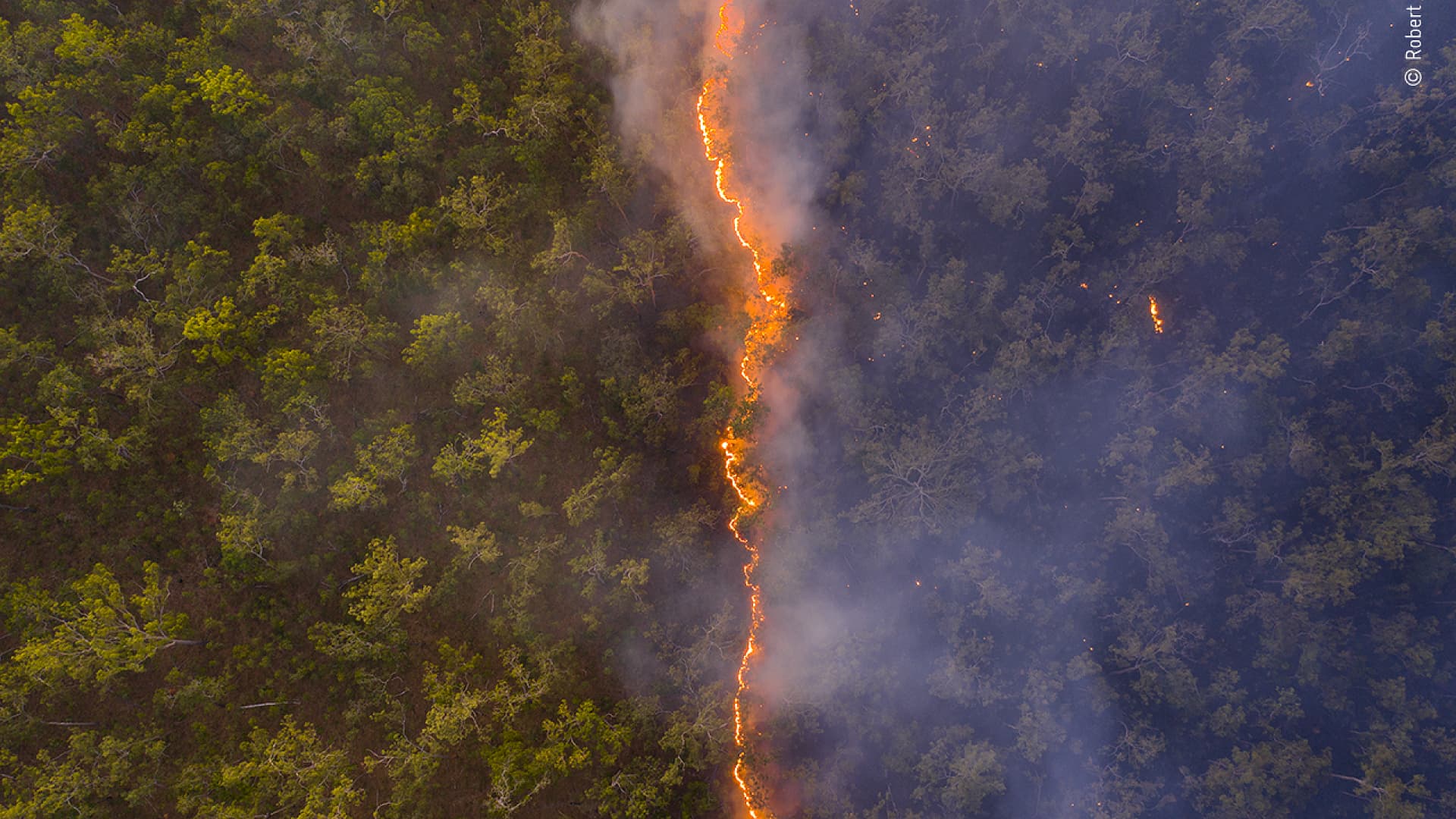 The bushfires in Australia caused a worldwide sensation at the end of 2019 and the beginning of 2020: they were more violent than the seasonal fires of previous years; A total of 170,000 square kilometers were burned, an area the size of Bavaria, Baden-Württemberg, Rhineland-Palatinate and Lower Saxony combined. The fact that fires can escalate in this way is probably due to the unsustainable management of forests over the past decades, on the one hand, and the severe dry period, which is becoming more and more in the context of climate change, on the other.

The 17-year-old Australian photographer Robert Irwin took a wonderful photo during the fires, which is now owned by the Natural History Museum in London With the Audience Award from the Famous Wildlife Photographer of the Year Award Excellent. It depicts a wildfire making its way through a nature reserve near Cape York, Queensland. Steve Irwin Wildlife Refuge is named after the late father of Robert Irwin, who, like his son, was famous for television documentaries about nature.

Robert Irwin used a drone to record it and point it toward smoke over a fire front near the reserve. The photo is said to illustrate the huge loss of biodiversity from wildfires On the grounds of the Natural History Museum. After all, Irwin Nature Reserve encompasses 30 different ecosystems, some of which are endangered species. It is estimated that millions of vertebrates died in the 2019/2020 wildfires in Australia.