Faster portability will change a lot 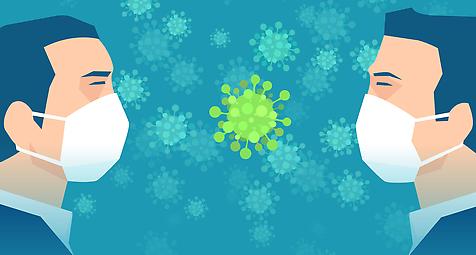 BERLIN – The federal government is concerned about a new variant of the SARS-CoV-2 coronavirus that has emerged in Great Britain and South Africa. Yesterday in Germany Federal Minister of Health Jens Spahn said that this has not yet been proven in Germany, but of course we take reports from Great Britain and the United Kingdom very seriously. ARDReport from Berlin.

Significantly faster portability, presumably in this case, will of course change a lot, and therefore it is important to prevent entry into Germany, in continental Europe. It is important to verify results about the SARS-CoV-2 variant and at the same time act with insight.

Due to the new virus variant, flights from Great Britain to Germany were based on a decree of the Federal Ministry of Transport (BMVIBanned from midnight Sunday. Additionally, today’s regulation will be followed that will also restrict all entries from South Africa, as announced by Spahn.

The minister was deeply surprised that so many Germans were apparently spending their Christmas holidays in South Africa and Spahn said he wonders if these people had not heard messages of no travel and limited contacts.

According to the Robert Koch Institute (RKI), a new variant of the Coronavirus from Great Britain has yet to be discovered in Germany. However, an event also cannot be ruled out, as RKI announced today on its website. It is also not clear yet definitively how the new variable affects the infection process, whether it is more contagious or how difficult it is.

In its assessment, RKI refers to a report from the British Arctic Consortium, according to which a new virus variant between September and November had an increasing share of SARS-CoV-2 viruses characteristic in the United Kingdom. However, from this analysis, it cannot be directly inferred that the increased incidence of the disease in southeast England is due to the genetic changes observed in the virus variant, as explained by RKI.

With regard to the higher suspected infection rate, the RKI indicates a risk assessment by the European Union Health Authority ECDC, according to which the rapid increase in the incidence of the new virus variant in southeast England could indicate that it is more transmissible than previously circulated variants.

However, RKI notes that there may also be other possible explanations for the increase. RKI concluded that if the virus variant was indeed associated with increased portability, this would also have significance outside of the UK.

According to RKI, there is so far only limited information from the ECDC about the severity of the new virus variant. To date there is no evidence of increased disease severity with respect to the variant. However, the majority of cases have been reported in people under the age of 60 who were less likely to have severe symptoms.

Virologist Christian Drosten assumes that the new form of the Coronavirus circulating in Great Britain has already reached Germany. Today, Drosten said, “I think this is actually in Germany.” Deutschland Funk.

This virus is not completely new now. You shouldn’t let this bother you in any way. The virus has been in England since the end of September and hasn’t even been in focus in October. We know now: it is already in Italy, in the Netherlands, in Belgium, in Denmark and even in Australia. Why not be in Germany?

Regarding the new virus variant, Drosten said he wasn’t worried about it at the moment. However, there is a somewhat unclear information case. Known documents are still sketchy, and British scholars will see it that way. At least some primary data analyzes must be completed first

Prime Minister Boris Johnson said yesterday that the recently discovered variable is transmitted up to 70 percent more than the previously known form. Drosten expressed doubts about the scientific certainty of this value: this number was simply called. Politicians give out such numbers, and the media records them.

German Hospital Association (DKGIt may occur in favor of tightening coronavirus measures if the virus mutating from Great Britain has to spread to Germany. The head of the DKG, Gerald Ja, told the German Liberation Network, the shutdown should be longer and more severe. This is a statistical issue. Only then can accidents be realized, which should be much lower than the current. This is the bitter truth, Ja said. © dpa / afp / kna / aerzteblatt.de