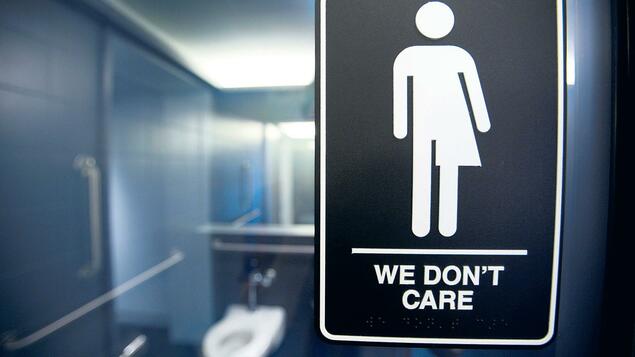 He issues one decree after another. US President Joe Biden turns things around with a whirlwind. Whether it is a return to the Paris Agreement for Climate Protection and the World Health Organization, the construction of the border wall of Mexico or the dissolution of the “1776 Committee” to promote “lessons of national history”: the democrat carries out what he promised in the election campaign.

This includes, he claimed, the promulgation of the “Equality Law”. The law, passed by the House of Representatives in 2019 and now before the Senate, aims to complete the Civil Rights Act – the central civil rights law – from 1964. Protection against discrimination includes race groups, skin color, religion, gender, and national origin. The Equality Law aims to expand it to include the areas of “sexual orientation” and “sexual identity”. This would enhance the rights of the members of the LGBTQ community nationwide (lesbian, gay, bisexual, transgender, queer).

This is of particular importance for transgender people, that is, those who were born biologically as men and identify themselves as women. You put it differently: At birth, you were assigned a different gender from what you feel you belong to.

Biden said in October, “In order to achieve our vision of full equality, I will make passing the Equality Act a priority for my first 100 days as president.” This sentence is often quoted now. but there is a problem. In a Conference call with LGBTQ activists Biden followers demanded patience in mid-January. The Senate is primarily concerned with the second impeachment measure of Donald Trump. In addition, Biden’s team appears to be unsure whether the narrow majority of the Democrats in the Senate are sufficient to pass.

You want to go to the Supreme Constitutional Court

An extraordinary coalition of Christian and radical feminist organizations has formed against the Equality Act. What about religious adoption agencies whose employers believe children should grow up in a straight family with a mother and father? The The Defense of Freedom Alliance (ADF) It is the most influential and most organized conservative Christian organization in the United States. She invokes the right to religious freedom, a right that occupies a very high position in the United States, and announced that it will submit the “Equality Act” to the Supreme Constitutional Court. Conservative judges have held a 6 to 3 majority since Trump.

On the other hand, advocates of freedom of expression ask: Can a public school teacher, contrary to his personal convictions, be forced in the future to address a trans student who was born as a boy and feels like a girl, as a girl?

Another stage in the cold cultural civil war

But criticism also comes from feminist circles. A minority, sometimes referred to as TERF (Radical Feminists in Cross-Exclusion), rejects the idea that gender is linked to emotions rather than biological determinants. So it’s a mistake that trans women born as men have access to women’s shelters, women’s prisons, and women’s sports clubs. A person’s gender is different from their gender identity. Also radical Feminist Organization “Feminists in Struggle” Calls to demonstrate against the Equality Act. Transgender organizations accuse radical feminists of transphobia.

Gender Identity Disorder, in German: Gender Identity Disorder is a reality that can cause great suffering. Protecting trans people from discrimination is essential. So we’re looking for a way to do it without Other legitimate protection and development opportunities To restrict. If the dispute over the “Equality Act” does not turn into another stage in the Cold Cultural Civil War in the United States, then Joe Biden is waiting for more than one signature of a decree.