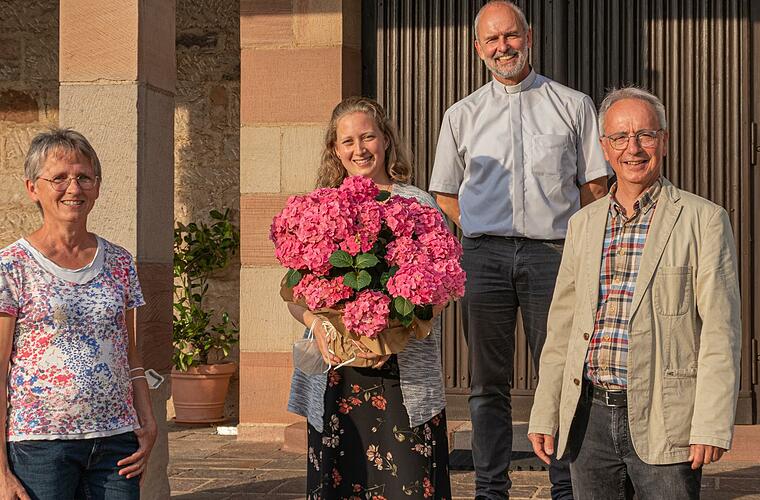 She actually wanted to study medicine after graduating from high school. At the same time, through her experience in church and congregation, she felt: Where people open their hearts to one another – there is God. With this basic conviction, she decided to pursue a pastoral career in the Catholic Church. About two weeks ago, Auxiliary Bishop Ulrich Bohm Anja Mai and eight other pastoral workers were sent to serve the people in the Diocese of Würzburg.

She knows very well that women in the Catholic Church are denied many positions of leadership due to the exclusive ordination of men. As a theologian, she knows the historical and theological background to this development. For her, it is not primarily about the priesthood of women: “I would like the achievements and experiences of women in the church to be more appreciated and appreciated,” the pastoral official explains. “Women’s competence, with their own talents, perspectives, and visions, is a great treasure for the Church. The Church is missing an opportunity if it does not develop these female competencies in leadership positions as well.”

It appears that a first step in the right direction has been taken. In addition to the three pastors Armin Haas, Hans Thorne and Marius Dolny, two women are part of the management team for the new parish area in Bad Bruckino: Community Officer Beat Schilling and Anja Mai Lee that raise the women’s concerns, questions, and concerns. in our societies.”

In the past six years of helping her, Anja May has already given many impulses, initiating and implementing projects in the Oberleichtersbach-Schondra parish community. Many of her religious education know her at Oberleichtersbach Primary School or as a liturgical service leader in parish community churches. The boys at the altar were particularly committed: “A highlight was the 72-hour campaign in May 2019. Modlos Minis contributed to the beautification of the village by several campaigns by cleaning wells, weeding and building a bank. Proceeds went to the Minis’ donation to the Dominikus-ringenisen-Werk non-profit in Bad Brückenau”.

Anja May also pioneered the new development of preparation for parental baptism: “We experience that there are weeks of preparation for the First Communion and Confirmation. Parents are often left alone at baptism. We wanted to change that.” Together with Parish Officer Claudia Anon and parish deacons, baptizing fathers’ evenings have been held in day care centers since 2017. In addition to an informative evening about the meaning of baptism and its symbolic works, there is a workshop evening where parents prepare a baptism service with the staff of pastors. This christening project was so important to Anja May that she thought of it scientifically and valued it in her approval work.

For Anja May, direct pastoral contact with people in the communities remains of fundamental importance in all projects and campaigns. “In communion with the sick or when speaking to baptized parents, I always feel: I have followed my calling and chosen the right profession. Because where people open their hearts to one another, there is God!”