Part of the cliffs of Dover fell into the sea 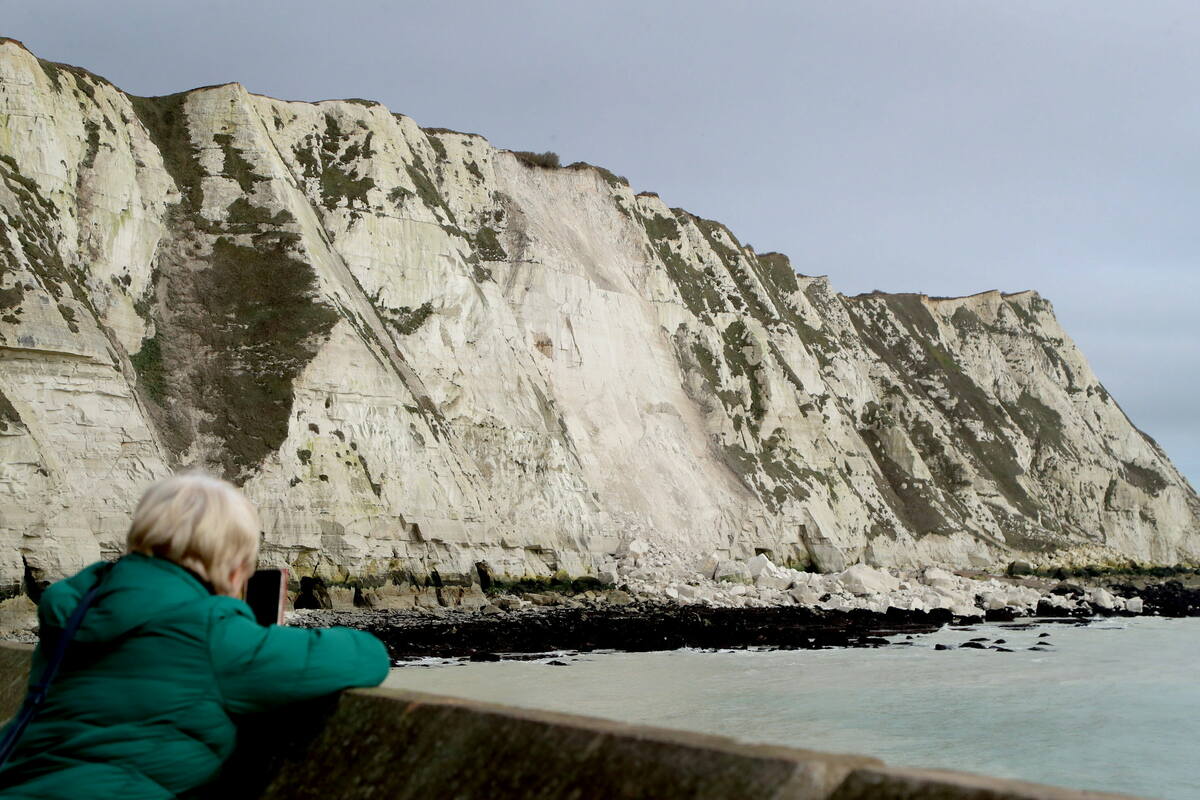 Dover. A large piece of the famous white cliffs near Dover crashed into the English Channel with a roar. Strollers have captured the natural event in photos and videos, British media reported on Thursday.

In social networks, users sarcastically asserted that the scene was a symbol of the situation in the UK. One user wrote on Twitter: “What a sense of humor, irony and timing in nature: the famous cliffs of Brexit lie in the icy sea.”

The cliffs, which are easy to see when arriving by ferry, were formed about 90 million years ago. Its white color is due to its chalk composition – but it is particularly susceptible to abrasion. This is why parts keep falling into the sea.

According to the researchers, the cliffs eroded at a rate ten times faster in the past 150 years than in the previous seven thousand years. According to information from the online portal “Kent Live”, this was only the third time in the past 20 years that such a large chunk has broken up.

The chalk cliffs on the Baltic island of Rügen are also collapsing, with major breaks occurring in the process. In February 2005, for example, the main battles at Wissower Klinken fell into the sea with about 50,000 cubic meters of chalk, and in 2011 a girl from Brandenburg was killed in the process of demolition.

In addition to the already soft formation of chalk, the causes of erosion are also the force of waves crashing into the rocks, as well as storms and heavy rain. (dpa)