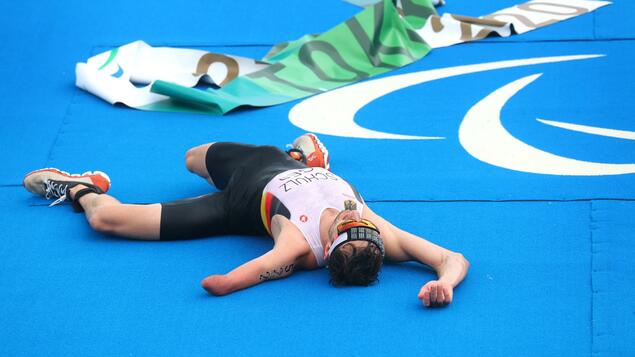 Afghan athletes have arrived in Tokyo

Khadadi will compete next Thursday in the taekwondo category from 44 to 49 kilograms, her compatriot Rasouli, on Friday in the over 400 meters heats. According to the IPC, the formerly Afghani athletes were brought from their homeland to Paris. There they received psychological support.

“Our number one priority has always been and always will be the health and well-being of both athletes,” Parsons emphasized. Afghan athletes have repeatedly confirmed their “absolute desire” to compete in the Paralympic Games in Tokyo.

The day before the Games began, the International Patent Federation announced that there would be no Afghan athletes in Japan due to Taliban control. A volunteer carried the flag of Afghanistan to the stadium at the opening ceremony last Tuesday as “a sign of solidarity”. (dpa)