OVK Chamber: The occupiers have violated the ceasefire three times 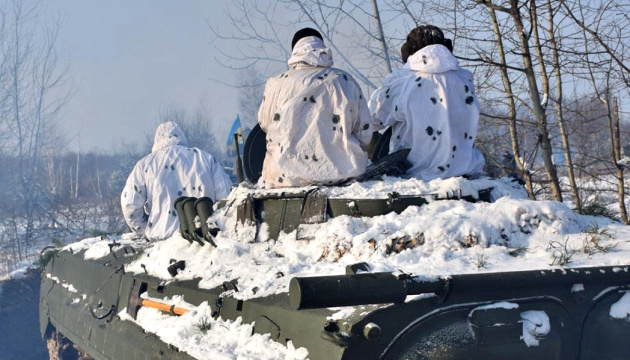 During the past 24 hours, on January 7, the Russian occupying forces in the area of ​​operation of the United Forces, broke the ceasefire three times, once with weapons prohibited by the Minsk agreements.

This stems from the OVK staff report.

Near Katerinyuka, Russian mercenaries fired at Ukrainian positions with grenade launchers of various systems and firearms. The occupiers fired 120 and 82 mm mortars towards Kamjanka. And in the vicinity of the Novotoshkiysky settlement, the enemy fired from light and heavy anti-tank rifles and heavy machine guns. ”

The Ukrainian defenders fired retardedly without using weapons prohibited by the Minsk Agreement. They forced the enemy to cease fire.

“As a result of the hostile action, there were no losses in government units… Until 7:00 am on January 8, there were no violations of the armistice on the part of the Russian occupation forces,” the agency said. Work crew.

The Ukrainian Armed Forces control the situation in the area where the United Forces operation is taking place and continue to perform the tasks assigned to them in defense and containment of armed aggression on the part of the Russian Federation.