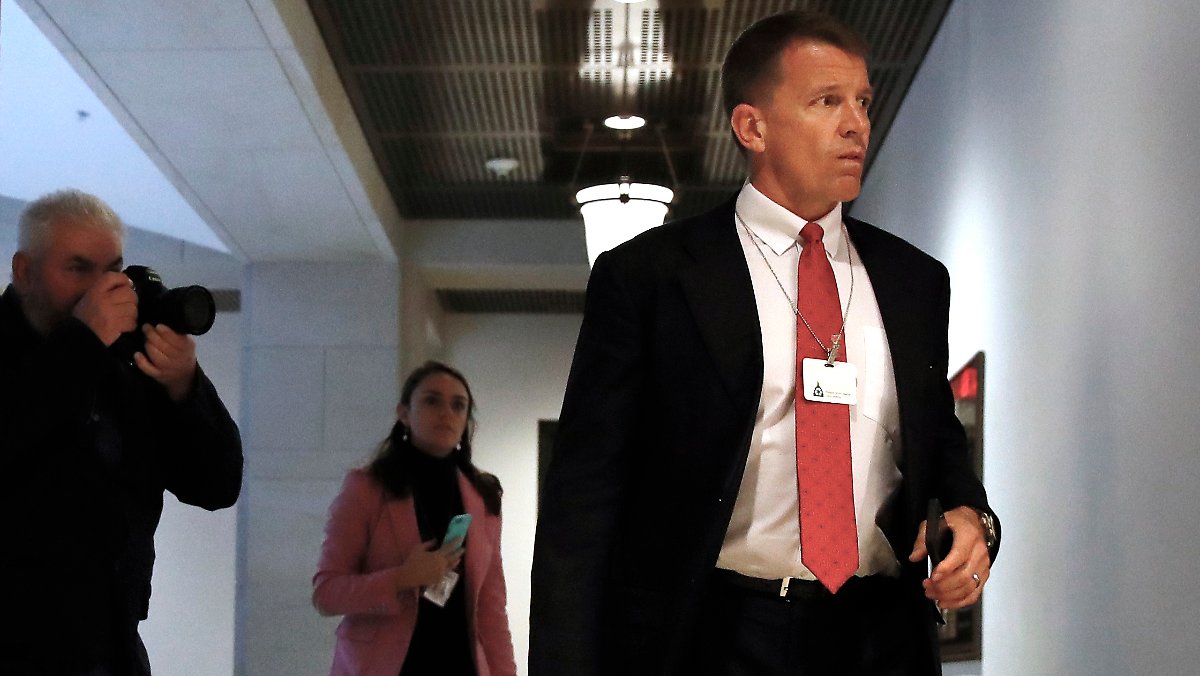 The mercenary operation in Libya

Eric Prince is known as the founder of the controversial US security company Blackwater. According to a United Nations report, the former soldier was also involved in the Libyan Civil War. A Trump supporter is said to have planned a secret mercenary operation and smuggled weapons into the country for the benefit of renegade General Haftar.

According to a confidential UN report, a well-known supporter of Trump and the founder of the US military company Blackwater was one of the main participants in a secret mercenary operation in Libya. According to a panel of UN experts, Eric Prince proposed a military operation to the Libyan warlord Khalifa Haftar in Cairo in April 2019, which would assist the general in his fight against the country’s internationally recognized government. The UN report, which was submitted to the Security Council on Thursday, is available in parts of Deutsche Presse-Agentur.

Accordingly, the so-called “Operation Opus” should support Haftar in his march against the government in Tripoli with armed aircraft, reconnaissance flights, boats, and a program to kidnap and kill top enemies. Prince then brought warplanes to Libya, thus violating the arms embargo imposed on the country suffering from civil war.

The German news agency DPA had already reported on the mission in May, citing UN experts – but without information that Prince was closely related to it. The former elite soldier has drawn attention repeatedly in recent years through close contacts with former President Donald Trump and his environment. At the end of 2019, the Wall Street Journal called Trump an “unofficial adviser”. He is also the brother of former US Education Secretary Betsy DeVos.

“Operation Opus” was carried out in Libya in the summer of 2019 by Western mercenaries from Australia, among others – Erik Prince appears to have played a central role in planning and logistics. According to the United Nations, people were in the service of security companies in the United Arab Emirates.

20 passengers on board a cargo plane to Benghazi

At the end of June, at least 20 people boarded a turbocharged aircraft in Amman, Jordan. They came from Australia, France, Malta, South Africa, the United Kingdom, and the United States of America. Their destination was the city of Benghazi, in the east of the country experiencing a civil war – the stronghold of the once wielding General Shalifa Haftar, who launched an attack on the capital, Tripoli, in the west in 2019. There he wanted to overthrow the country’s internationally recognized unity government, which was also supported by Before the United States and large parts of the West.

But Haftar’s allies include the United Arab Emirates, Russia, France and Egypt. Despite the embargo, many of these countries sent weapons and mercenaries to the country, which at that time was a proxy war. But Haftar’s march to Tripoli was halted and was finally repelled, which was also due to external support for the unity government from Italy, Qatar and Turkey, among other countries.

The subsequent loss of power by Haftar contributed to the recent development toward peace: Recently, after months of negotiations, representatives of both conflicting parties elected a new joint transitional government – which should pave the way for nationwide elections in December.

During the heated phase of the fighting for Tripoli, Haftar apparently turned into – as the UN report indicates – the prominent militant Emir Shabaki. United Nations experts brought three aircraft used in “Operation Opus” to contact with the American aircraft: “Antonov AN-26B” from Bermuda, LASA T-Bird light attack aircraft from a Bulgarian company, and Pilatus PC-6 ISR plane from Bermuda. Austrian.

The companies that owned these aircraft were “under Prince’s control” and were used in the process before they were paid for. The UN experts concluded that “no one else has been able to arrange the sale of these aircraft in such a short time frame.”

For his critics, Eric Prince is a symbol of how PMCs cross borders in war zones around the world. In 2007, employees of the Blackwater company he founded were killed by 14 unarmed civilians in Iraq. Former US President Donald Trump pardoned the four Special Forces who were sentenced to prison terms shortly before Christmas.

But according to United Nations experts, the “authoring process” never gained a foothold in Libya and was abruptly canceled less than a week after it began. The group boarded boats in the port of Benghazi and arrived in Malta after a 15-hour journey across the Mediterranean. The decision to evacuate the UN experts came because General Haftar was dissatisfied with the war equipment that he had bought and threatened the mercenaries.

According to the new United Nations report, members of “Operation Opus” were returned to Libya in April and May 2020 “to identify and destroy high-quality targets.” But even this attempt had to be cut short due to the government’s air defense superiority in the West. According to United Nations information from last year, the operation was planned and implemented in at least eight countries: the UAE, Jordan, Malta, Libya, Angola, Botswana, South Africa and the United States of America.

See also  What kind of multiplication does Pristina depend on? Preparation is underway for a major extortion for Serbia!