Oaktree Capital, all about the fund that invested in Inter Milan 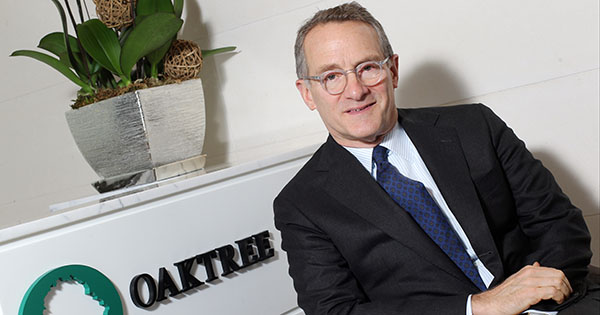 There is an agreement between Inter and the US Fund, which is a loan that will allocate 275 million euros to the Nerazzurri coffers. A significant injection of liquidity was pushed by Oaktree, the largest investor in “troubled securities” in the world: a giant of $ 153 billion, 62% owned by another fund (Brookfield). Let’s find out more together

It is official € 275 million agreementImportant financing forInter But not only. If Suning gets a significant injection of cash, he will re-launch himself after winning the Scudetto, whoever enters Italian football Oaktree Capital Management. This is the US Fund, which was founded in 1995 and is known to be one of the largest credit investors in the world as well Biggest investor in “troubled stocks”. What does it mean and what does it do? How much are its assets? We know better the new main representative at Inter after the loan with a guarantee (to be repaid in three years).


Inter, there is an agreement with Oaktree: 275 million

Twenty-six years of age to Company specializing in alternative investment strategies, Which is incorporated in Los Angeles and listed on the New York Stock Exchange but has offices all over the world (New York, Hong Kong, London, Amsterdam, Frankfurt, Luxembourg, Paris, Dubai, Sydney, Tokyo and Seoul). Also present in Suning China, In Shanghai and Beijing, Oaktree Capital Management has over a thousand employees and has tremendous credit strategy experience with an “opportunistic” approach, as illustrated by the same fund on its website: In fact, the business line includes infrastructure, debt, and consolidated loans. Like all funds, the goal of any deal is to profit from your investment. Among the main characters, the CEO was noted Jay Weintraub e Howard MarksToday, co-chairman of the board of directors, and in 1995 one of the partners who gave birth to the company. Remember, in 2019, Oaktree 62% is acquired by Canada’s Brookfield Fund Which is expected to own 100% of the assets by 2029.

As of March 31, Oaktree (“oak” in English) It had $ 153 billion in resources Its clients include 67 of the 100 largest U.S. pension plans. But that’s not all: There are more than 475 companies worldwide, 40 of 50 government pension plans in the United States and more than 300 funds and foundations globally as well as 15 sovereign wealth funds. related Brookfield Asset Management, Or the Canadian fund that spent $ 4.7 billion to acquire the majority of Oaktree, we’re talking about one of the world’s major alternative asset managers with Over $ 600 billion in assets Under management in real estate, infrastructure, renewable energy, private equity and credit. It currently invests through four public subsidiaries and among its largest shareholders, it is also accepting Royal Bank of Canada, or institutional investors.

Given Oaktree’s turnover, it should be referred to as 7 billion euros have been invested in Italy: One billion is dedicated to the luxury hotel sector two years ago, but the list should also be remembered for its presence in the shareholding structure of MBE Worldwide (Mail Boxes Etc) and Conbipel as well as Picomedia, Standy By Me (production companies), Banca Progetto and Costa Edutainment (the company that runs the Genoa Aquarium) ). The operation with Inter is not new for the US Fund which, in 2020, Acquired 100% of the shares of the French company Caen (2nd league) with audiovisual producer Pierre Antoine Capton. himself Stephen Kaplan, One of the founders, It is a co-owner of Swansea (Alongside Jason Levian, former partner of Thor at the time of DC United) and as well Minority shareholder in Memphis Grizzlies In the NBA. Now investing with Suning, to re-launch the aspirations of the Italian champions and create space in great football.