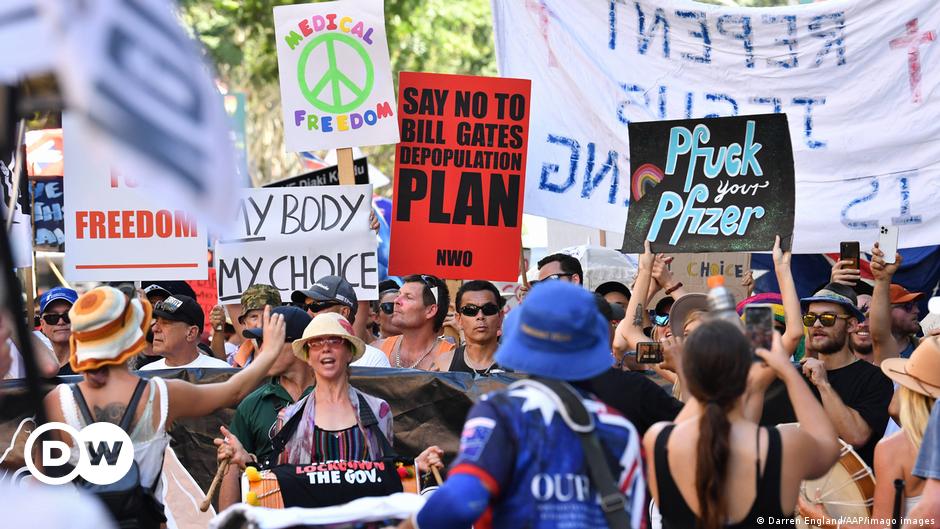 Thousands of people demonstrated on Sunday (12.12.2021), another weekend, in several cities in Australia against the government’s response to the pandemic and the mandatory nature of the COVID-19 vaccine.

In downtown Melbourne, Victoria, more than a thousand people gathered peacefully carrying Australian flags and banners against vaccination and restrictions imposed by the Covid-19 virus, while chanting slogans such as “My body, my decision.”

According to ABC Public Radio, a small but notable portion of the protesters have links to the far right and conspiracy theories.

The authorities of Victoria, the country’s second most populous state and hardest hit by the pandemic, have made full vaccination against COVID-19 mandatory to reach most places and work centres.

Melbourne, which last October became the city in the world with the most piling days under strict restrictions, is now seeking to restore normalcy with laws that penalize people who choose not to get vaccinated.

Australia has kept the virus at bay

In Queensland, thousands of people also gathered today to protest against vaccinations, confinement and the mandatory use of masks, according to ABC Images.

The focus in the town of Coolangatta, near the border with the state of New South Wales, came hours after Queensland authorized the travel of vaccinated people from other Australian states.

Australia, after several problems delaying the vaccination campaign, has managed to catch up to become one of the countries with the highest vaccination rate, with 89 percent of those over 16 receiving two doses.

After closing its borders and implementing early restrictions, Australia has kept the coronavirus at bay, but the delta variant has been difficult to control and triggered the infection, leaving authorities betting on vaccination.

The peripheral country, with a population of 25 million, is accumulating 222,000 infections and nearly 2,000 deaths, numbers that are very low compared to other countries of similar size.