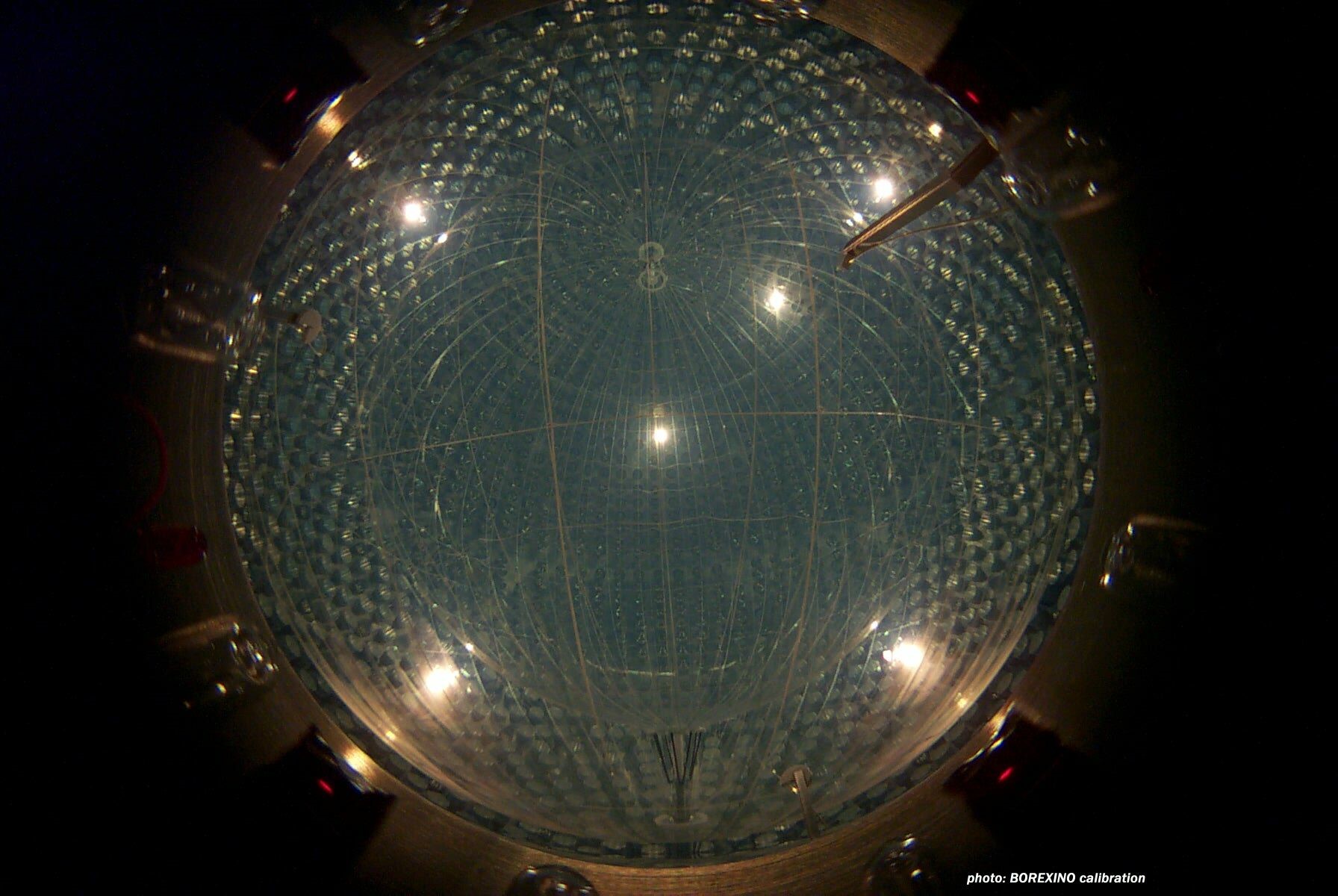 Like all stars, our Sun works by fusing hydrogen into heavier elements. Nuclear fusion is not only what makes stars shine, it is also a primary source of the chemical elements that make the world around us. Much of our understanding of stellar fusion comes from theoretical models of the atomic nucleus, but for our closest star we also have another source: neutrinos created in the core of the Sun.

When atomic nuclei undergo fusion, they produce not only high-energy gamma rays but also neutrinos. As gamma rays heat the Sun’s interior over thousands of years, neutrinos exit the Sun at nearly the speed of light. Solar neutrinos were first discovered in the 1960s, but it was difficult to know much about them other than the fact that they were emitted from the sun. This proved that nuclear fusion takes place in the Sun, but not the fusion type.

According to the theory, the predominant form of fusion in the Sun should be the fusion of protons that produce helium from hydrogen. Known as the pp chain, it is the easiest reaction that stars create. For larger stars with hotter and denser nuclei, the more powerful interaction known as the CNO cycle is the dominant source of energy. This reaction uses helium in a cycle of reactions to produce carbon, nitrogen, and oxygen. The CNO cycle is the reason why these three elements are among the most abundant elements in the universe (other than hydrogen and helium).

In the past decade, neutrino detectors have become more efficient. And modern detectors are not only capable of neutrino energy, but also their taste. We now know that the solar neutrinos that were discovered from early experiments do not come from the common series of PP neutrinos, but from secondary reactions such as the decay of boron, which create high-energy, easily detectable neutrinos. Then in 2014, a team He discovered low-energy neutrinos produced directly by the pp chain. Their observations confirmed that 99% of the Sun’s energy is generated by proton-proton fusion.

READ  Retirement age - the elephant in the room

While the pp-chain dominates the merging into the Sun, our star is large enough that the CNO cycle must occur at a low level. It should be as much as 1% more energy from the sun. But because CNO neutrinos are so rare, they are difficult to detect. But recently a team noticed them successfully.

One of the biggest challenges in discovering CNO neutrinos is that their signals tend to be buried within terrestrial neutrino noise. Nuclear fusion does not occur naturally on Earth, but low levels of radioactive decay from terrestrial rocks could lead to events in the neutrino detector similar to the CNO neutrino detections. So the team created a complex analysis process that filters the neutrino signal from false positives. Their study confirms that CNO fusion is taking place inside our sun at expected levels.

The CNO cycle plays a minor role in our Sun, but it is fundamental to the life and development of more massive stars. This work should help us understand the cycle of large stars, and it can help us better understand the origin of the heavier elements that make life on Earth possible.