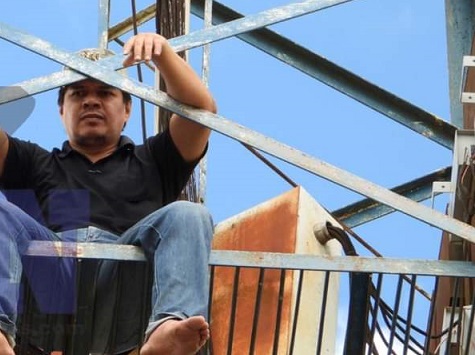 Pedro Juan Caballero: A man climbed a lamppost at 2 de Mayo Stadium and then wanted to speak to the President of the United States. It was about the topic of free energy. The case was not over at the time of going to the press.

The man in question was initially recognized as Alcides Meireles Morais from Pedro Juan Caballero. He says he has found a renewable energy formula and that the US government is in danger.

He himself asks Mario Abdo Benitez to bring him a meeting with the President of the United States, Joe Biden, and tell him about his discovery.

According to the news portal Frontera Seca, rescuers have not yet been able to convince the man to go up from the lamppost in the late afternoon. If there is any other important news in the case, we will report it.

The purpose of this service is to increase the news’ value and establish a smoother connection with the readers. Comments must be adapted to the topic of the article. Commenters are solely responsible for the content, which must be clear and realistic. Bad words, personal insults and racism will not be tolerated.