Named Xiaomi smartphones that will no longer receive updates 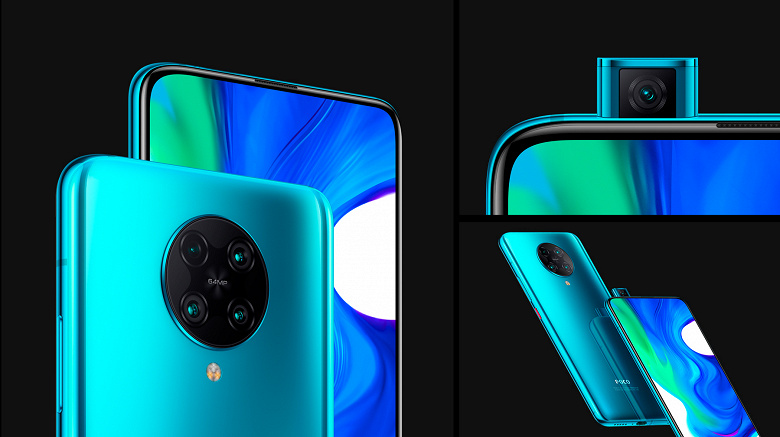 Xiaomi is very popular among users, some praise it, others criticize it. For example, not many people like that the manufacturer is reluctant to fix their errors caused by a problematic update.

But what is even more questionable is the fact that the company may go halfway to deny an update to the relatively recently released device. Despite the availability and manufacturability, buying Xiaomi is to some extent a lottery, because no one knows what the manufacturer will do with a particular device: leave it to his own devices or continue to update.

Devices that will receive updates

The next version of Android 12 is in beta testing, which has been going on for several weeks. Soon, Google will begin distributing a new version of the operating system for its Pixel devices, after which the system will go to other manufacturers of equipment, in particular Xiaomi.

Here is a list of devices that will receive updates: 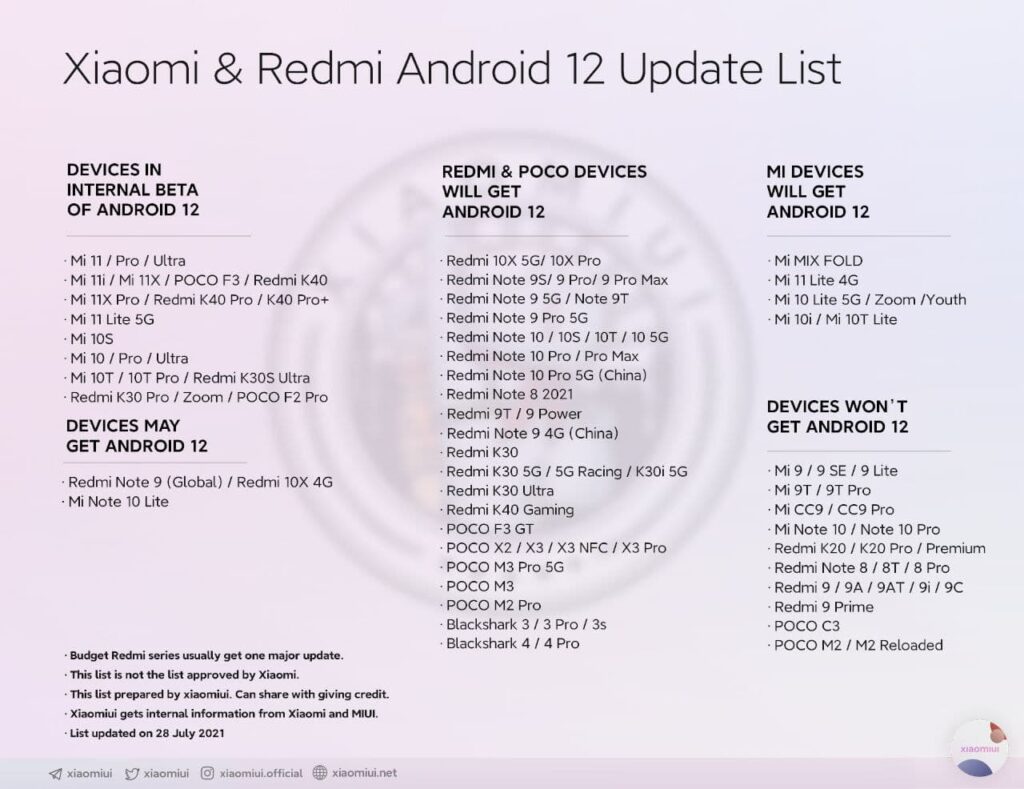 Here it should be noted that the designs of the twelfth version of the operating system were tested within this company. Stable construction distribution is expected in late August or early September.

Devices that will not receive updates

As you can see, the list is quite impressive, but many users are also interested in the list of devices for which there are no updates. A final decision has already been made on the following models: 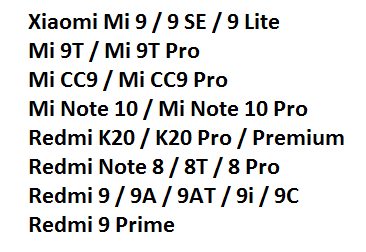 And here it is curious to see, for example, the recently released Redmi 9 and Mi Note 10 Lite, because some devices released in the same year with them will continue to receive an update.