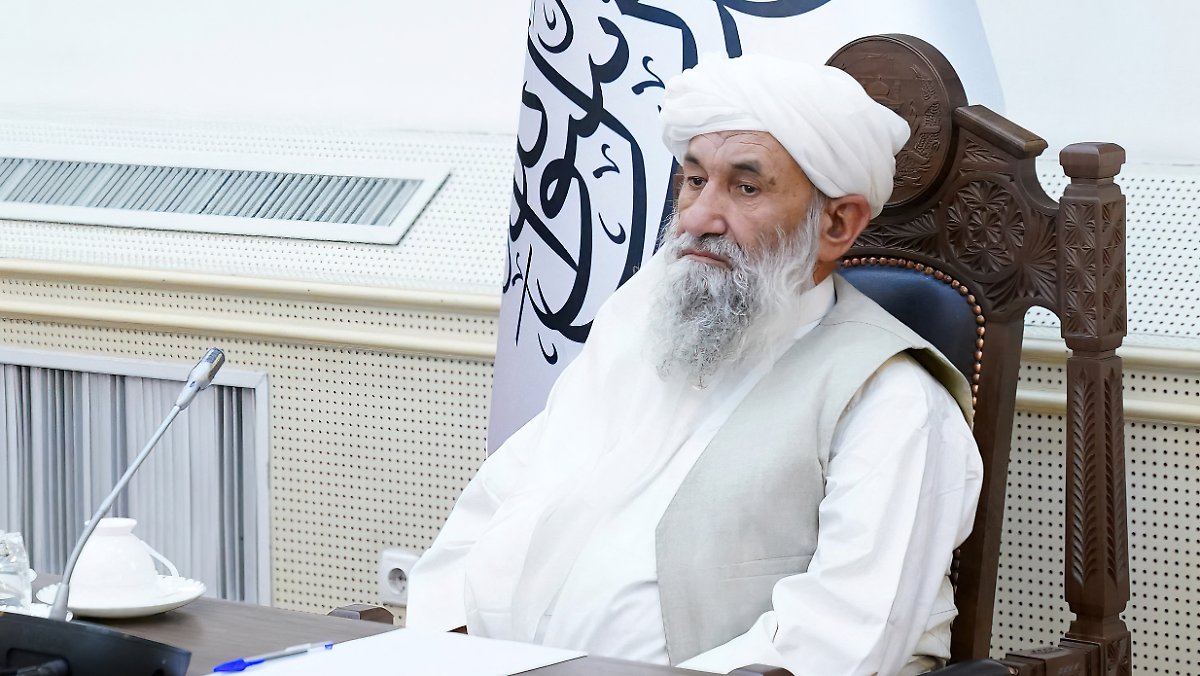 The first speech of Mullah Ashvand

It takes three months for the Taliban leader to appear in public. Mullah Ashvand orders his people to express his gratitude to Islamic rule. He sees responsibility for Afghanistan’s economic crisis with the United States, which is withholding $9 billion from central bank reserves.

Less than three months after his appointment, the current head of the Taliban government, Mullah Muhammad Hassan Ashvand, addressed Afghan citizens for the first time. His recorded voice message was broadcast on state television that evening. In the eagerly awaited address, he called on the nation to be grateful to the Taliban regime. Ashund has previously been criticized for not speaking in official meetings.

In mid-August, the hardline Islamist Taliban movement occupied the Afghan capital, Kabul, and seized power after the withdrawal of international NATO forces. Then they formed a transitional government with Mullah Muhammad Hassan Ashvand as the current prime minister. Since then, millions of Afghans have lost their main source of income. United Nations agencies warn of a humanitarian crisis in the country.

Ashvand said in his speech that the Taliban fulfilled their promises by continuing their fight against foreign forces until the formation of an Islamic government and the stability of the country. He claimed that starvation, unemployment and rising prices existed in the country before the Taliban came to power. The economic crisis could be resolved if about $9 billion of Afghan Central Bank reserves, most of which were parked in the United States, were released.

The international community has called on the regime to form a largely representative government and to respect human and women’s rights. Ashund said his government was open to all and that women’s rights were respected. But in the current government, more than 90 percent of government officials belong to one ethnic group. In addition, no woman is involved.