MotoGP: Ducati Star Miller – That’s why Sachsenring is like racing at home 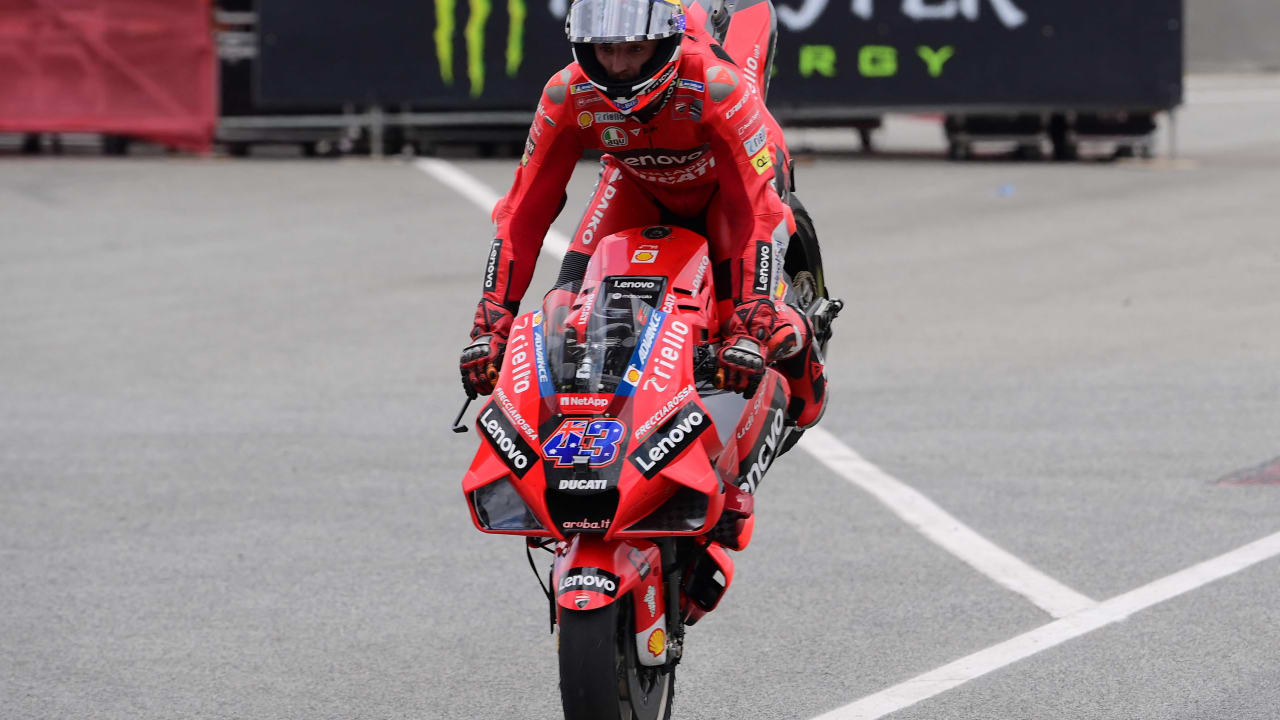 The next ‘stop’ celebration at Sachsenring?

He’s Australian, but feels a little German: Jack Miller (26). The Ducati rider drove in IDM (2011 German Champion), fought his first World Championship race in 2011 at Sachsenring and in 2013 raced in Moto3 for the former Sachsen RTG team.

He’s starting this season with his red rocket. Bild asked: Can we lend you a little? Miller laughs: “At least until a German rider is back in MotoGP again. I have great memories of my time in Germany.”

What Miller likes about Germany: “I love German beer and food too. Currywurst, Bratwurst. And German summer when it’s hot and green.”

One of his best companions is Marcel Schröter (28/IntactGP), both of whom were preparing for the German Grand Prix in Andorra and Catalonia with personal trainer Alex Santacro.

In order to interact with or view content from Instagram and other social networks, we need your consent.

Why Sachsenring is a secret home race for him: “This year it’s not certain if there will be races in Australia. So I’m looking forward to seeing which one could be in my home Grand Prix. In Moto3, it was one of my favorite tracks because the Sachsenring is tight and technically demanding. It’s really tight on a MotoGP. Track It has its own character and is completely different from the others. You have to lead according to your feelings.”

This year everything will be a little different due to the lack of fans. Will he enjoy the quiet at night in a motorhome on the Omega Curve?

Miller: “The Ankerberg is a little gone and so not loud at all. We will miss the fans, everything is always full there.”

At Jerez, Ducati’s first liberation victory at Le Mans Miller followed suit and followed in the footsteps of compatriot Casey Stoner (35), who won the 2007 world title with Ducati.

Do you have to be Australian to tame a Ducati?

Miller: “No, I don’t think so. But the Australians adapt well and work well with the Italians, it helps.”

If Miller “Thriller” crowns himself world champion, he already has an idea of ​​what he’s indulging in: “Then I’ll buy a bigger boat.”

Because Miller loves to go fishing, but now he is looking for the nickname …

Sunday: Second race in the afternoon

All sessions live on ServusTV.

READ  NFL Draft Blog 2021: All the info about talent draw