More than just hockey – a sport 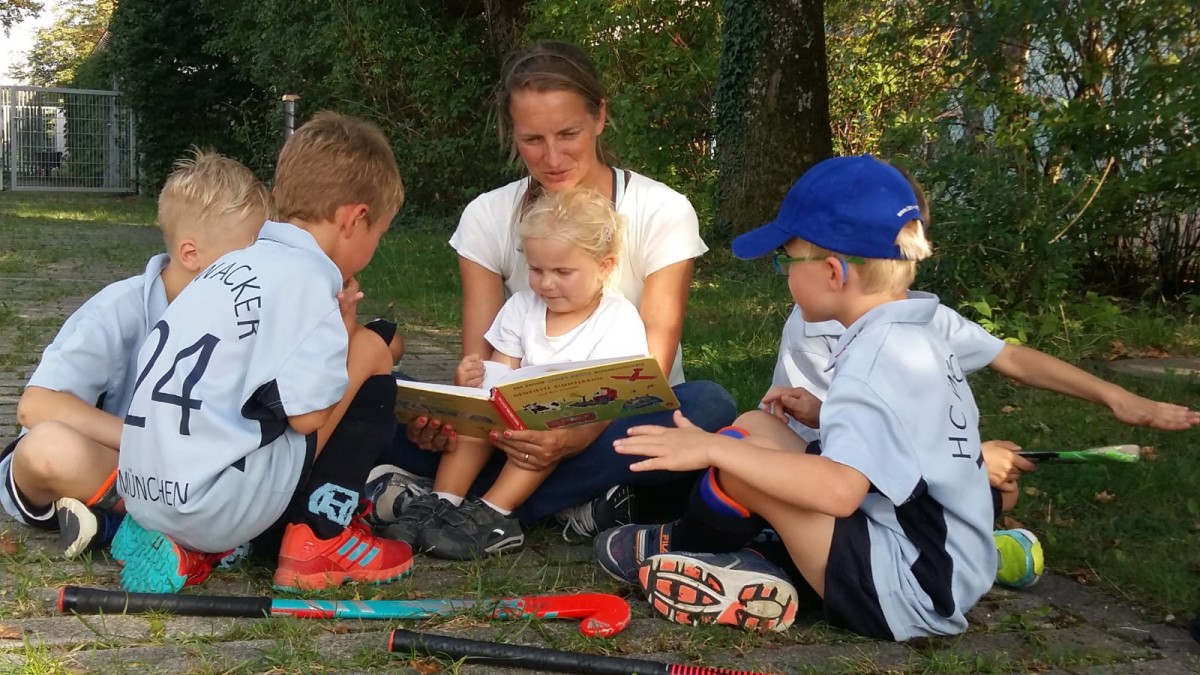 As part of the “Coaches Challenge”, the Dr. Ludwig Koch Foundation and Süddeutsche Zeitung have been searching for specially committed coaches since the beginning of March. The twelve winners selected by the jury, which the Munich Foundation will now support clubs with in their funding for a year, are currently presented at SZ. Here’s Part Six: Nina Stamprau.

Nina Stamprau was a competitive athlete, and you’ll quickly notice that when you talk to her about hockey today. Your sporting ambition is also conveyed over the phone. For example, when asked about her best experience as a youth coach, she answered, “Honestly, the matches I’ve won. I can’t get away from that because I’m so focused on performance. I really like rethinking victories.”

In her youth, Stambrau says, sport was the focus of her life. “Of course I went to school, and studied, but my free time and my friends, it was all about hockey.” Her last name was Kramer when she played for Eintracht Frankfurt in the German Bundesliga and competed in the 2002 World Cup in Australia with the national team. “Unfortunately, the result was not a good one,” adds her critic. “We only ranked seventh, which is not really good for German standards.” Later she followed her husband, Fabian Stamprau, who also played in Bundesliga hockey, to Munich. Here too she ended her active career in the traditional Münchner SC to later work as a management consultant.

She only got back to hockey through her kids. Her eldest son started playing for Wacker Munich hockey and tennis club, Stambrau says, and when they were looking for a coach for their team, she agreed to take over. “I thought I’d be on the field with my son anyway, then I can coach the team. And match days on weekends, I can do that too.” That was more than five years ago. Stambrau currently takes care of the U10 and U12 males and admits she initially minimized the effort. Preparing and following up training courses, match days, and communicating with parents, and this is a lot of work. “I don’t regret it at all that I took this step.”

Stampraw has an educational mandate

And their work is crowned with success. Catherine Backhouse, who heads the women’s hockey division at Wacker, says that through her empathetic and performance-oriented form of training, she puts the boys into a high-performing team. “It has led to many tournament victories on the field and in the hall in recent years,” said Backhouse happily.

Then the coronavirus pandemic presented completely new challenges to Stambrao. However, it is remarkable that she confirms that individual and team coaching sessions have indeed succeeded in performing some of her players. “As the children received more attention, they were able to show themselves more. At that time, they actually became more dear to you.” Autumn was especially intense, although the boys had to distance themselves from each other during training. “When the kids stand in front of you with glowing cheeks and bright eyes and are so grateful that you push them across the square, that’s very nice.”

This shows that Stamprau’s self-image as a young coach has more than just promoting her followers in terms of sports. She also has an educational mandate in Wacker. “Just like teachers and educators, we are caregivers,” she says. “We can still shape children at this age.” Therefore, she is quite strict with boys when it comes to their discipline and social behavior. Children had to learn from an early age to lead competitions with fair means and handle defeats. In all of this, Stamprau is guided by the principle: “I always think about how I would like someone to treat my children.”

They collected € 15,000 for the Khiam School Association in a benefit tournament

Then there is the topic of the interest tournament organized by Wacker in October 2019 under the slogan “Mia fia eich” to raise funds for the School Tents Association. Founded by Jacqueline Fleury from Munich, she built schools for Syrian children in refugee camps in Lebanon. Nina Stamprau was one of the tournament organizers, and she explains: “The mother of one of the children was active in the tent school and said,“ What they are doing is crazy. ”On the other hand, we wanted to organize a tournament in Walker, and this is how we connect it with both ideas. The tournament was a huge success, with more than 15,000 euros raised and distributed to the tent school.

Stambrau says the commitment demonstrates the special solidarity in hockey. “We always talk about the hockey family. Even when I played in the Bundesliga, it was like that.” All over Germany you know each other, and if necessary, support each other. “We wanted to send a signal that only clubs that are competing with each other are score goals for a common goal.”