Suddenly a leader in the United States 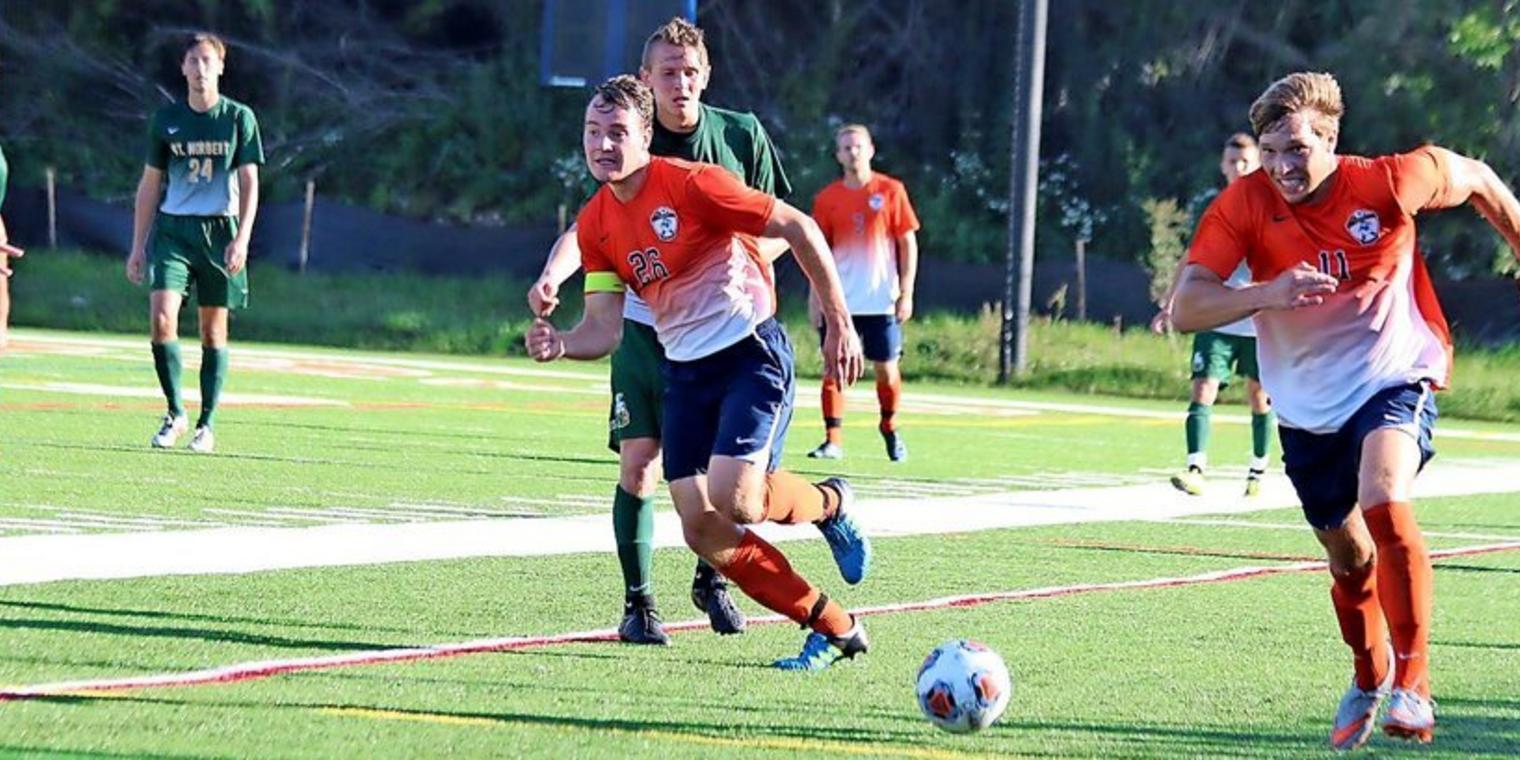 When Johannes Madsack thinks about his semester abroad in the United States, and more specifically as a team footballer at Carroll University in Wisconsin, when he thinks about his time as a captain, the most important thing that stems from reason is the experience he’s gained. Because at that time, in the 2015/2016 winter semester, he suddenly became a veteran of his team. “I was one of the youngest players at the club, and then suddenly he became one of the oldest players in college,” says the guy from Winkbach. He was 22 years old and had to take charge of the administration, and he liked to do this: “I tried to lead the younger players who had just finished high school, to give them advice.” That, he says, made him more mature – and not just as a footballer.

For a few weeks now, after completing his legal training at Martin Luther School in Marburg, Madsak was a teacher at the Basic School in Niederwalgren, where he used to be a student. The 27-year-old, who currently lives in Marburg and belongs to the second team of Sportfreunde Blau-Gelb, studied English and Sports to become a teacher at Phillips University. He believed that a class abroad would help and delight him: get to know another country, another university, and use the language he was studying in everyday life.

In preparation for training three times a day

At an event at the University of Marburg, he met a visiting student from Carroll University. “He convinced me to apply for a place to study there. He gave me the contact details of the football coach,” said Madsak, who wrote to the coach. “He told me I should be there three weeks before the semester starts. I did.” The midfielder, who previously played in FSG Südkreis Regional League, mastered the audition. He was on the team and happy about it – even if the preparations were The season is very stressful: “We trained three times a day for three weeks. At least one of them was about strength and athletics. “

Physically speaking, most of the players were very strong – no problem for Madsak: “I’m also a person who can beat the physical level. I didn’t have to adapt much.” It took him a while to handle certain commands, ”but you can put her in place. Correct after a few training sessions, “says the midfielder.

Despite being knocked out in the semi-finals, it was a “great time” for him

Playtime was extremely short, but tough: The team from the small town of Waukesha, just a few miles from Milwaukee, played twelve games at their NCAA Division III conference, where they met. Other college teams are from Wisconsin, Minnesota, Iowa and Ohio. “Overall, things went very well,” says Madsak. The playoffs had been reached, but there was a 1: 2 defeat in the semifinals – that was “very unfortunate”. However, it was a “wonderful time” for him.