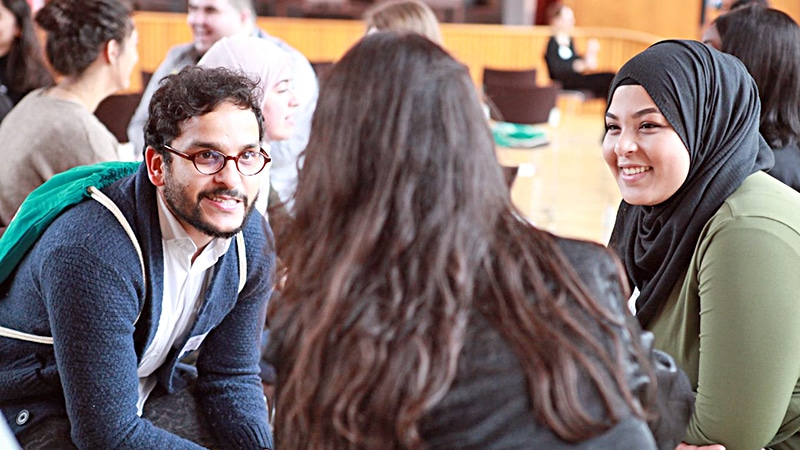 The Youth of Islam Conference (JIK) celebrates its tenth anniversary. As a forum for inter-ethnic and interreligious dialogue for youth, JIK has been addressing debates about Islam and Muslims since its founding, addressing the fundamental issues of a diverse society and providing public impetus in these discourses.

Berlin (jik.de). In the year following the publication of Thilo Sarrazin’s book “Germany Abolishes Itself”, which attempted to establish an openly anti-Islam mood in the public debate in Germany, young people from all over Germany came together for the first time to formulate a counter-narrative project: the Boys’ Islam Conference, at the initiative of Humboldt University in Berlin and the Mercator Foundation. Since then, JIK stands for “Situation Instead of Origin” motto. Behind this basic position is that the plural worlds are seen as positive reality and live as usual. Until now there was no forum for young people of all origins and religions in Germany where they could think and discuss images of Islam and Muslims in society.

“In a post-immigration society, the main concern is the recognition of marginalized groups as actors with equal rights and the negotiation of opportunities for participation in all central positions and in all central goods and resources. Sociologist Professor Dr. Naika Vorotan, Director of the Berlin Institute for Empirical Integration and Migration Research, who scientifically accompanied JIK with its JUNITED research group in its early years.

About the presidency of the Youth Islam Conference d. Asmaa Suleiman, the post-immigration generation is also a major player in a sustainable society: “Even if post-immigration voices become louder ten years after the founding of JIK, they still need more space and recognition. Young people from a variety of backgrounds and biographies make up culture and are committed to social cohesion and are an integral part of our coexistence. This is what distinguishes us as a post-immigration company and its added value is non-negotiable,” says Soliman.

The young representatives of JIK Network also want to take on their social responsibility. “It’s important to listen to each other and build acceptance for something you haven’t been in contact with before,” says Zöhre Yari, a member of the JIK committee. “We need social change, which we as a post-immigration generation are willing to help shape. We see ourselves as bridge builders paving the way for a more inclusive society – and also as future decision makers,” continued Yari.