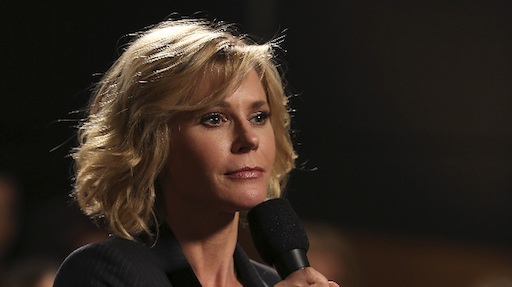 On the eve of the year 2000, 12-year-old clumsy orphan Beverly Moody (Gemma Brook Allen) discovers a broken audio tape her parents recorded when they were teenagers. Beverly sees in this mix of songs an opportunity to get to know her parents better, after a life she spent with her grandmother Jill (Julie Bowen), who is also an unmarried mother who cannot talk about her dead daughter. Thus begins an adventure to find all the songs on the tape, where Beverly befriends her strange neighbor Eileen (Audrey Hsieh), with tough Nicky (Olga Pitsa) and Ante, the “offending” record holder. A store that can find songs and cement the bond between Gail and Beverly.

director Valerie Weiss Commenting on this project, he spoke as follows:

“I have two daughters between childhood and adulthood, so I couldn’t say no to this story about a twelve-year-old woman who discovers herself through music, friendship, and relationship with a young grandmother growing up. I knew it was an excellent opportunity to make a film on timeless topics and appear to the world as I would like it to be seen by my daughters and their friends. It is a world that reflects the values ​​that make it better, passing through the wonderful music and nostalgia of the legendary nineties past, while they find their own identity. This film teaches us that nothing is lost forever, if you find the courage to come close. “