About a year ago it was formally announced that a new version of Microsoft Flight Simulator would be introduced in 2020, which is the first new version since 2006. I can’t even begin to say how much of my childhood was spent playing this game, so it would be an extreme understatement to say that I’m excited…

Well, the game is now available for pre-order.

Microsoft Flight Simulator 2020 will be available as of August 18, and is now available for pre-order. There will be three versions available:

Here’s a chart showing which airports are featured in highly realistic detail for each of the versions:

Here’s a chart showing which airplanes are featured in highly realistic detail for each of the versions: 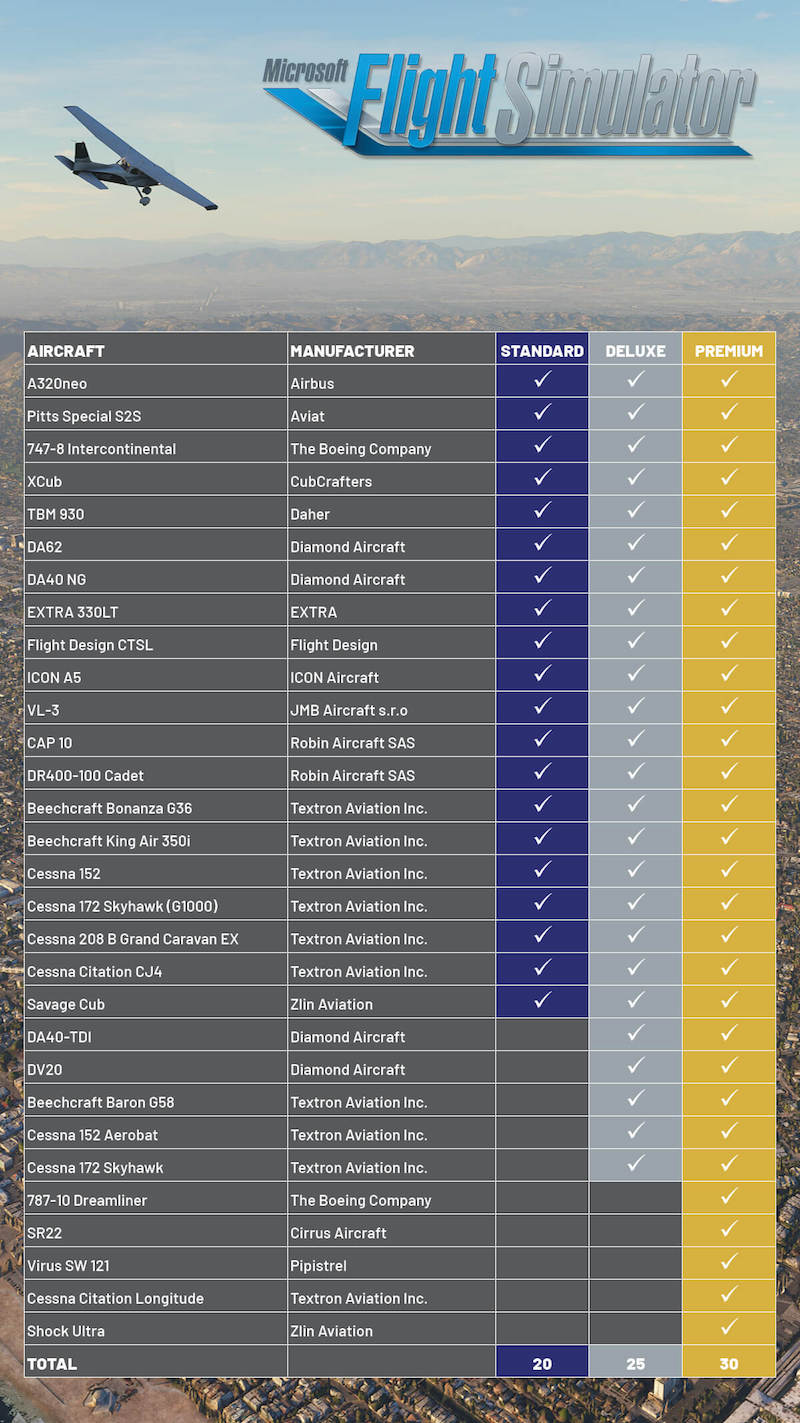 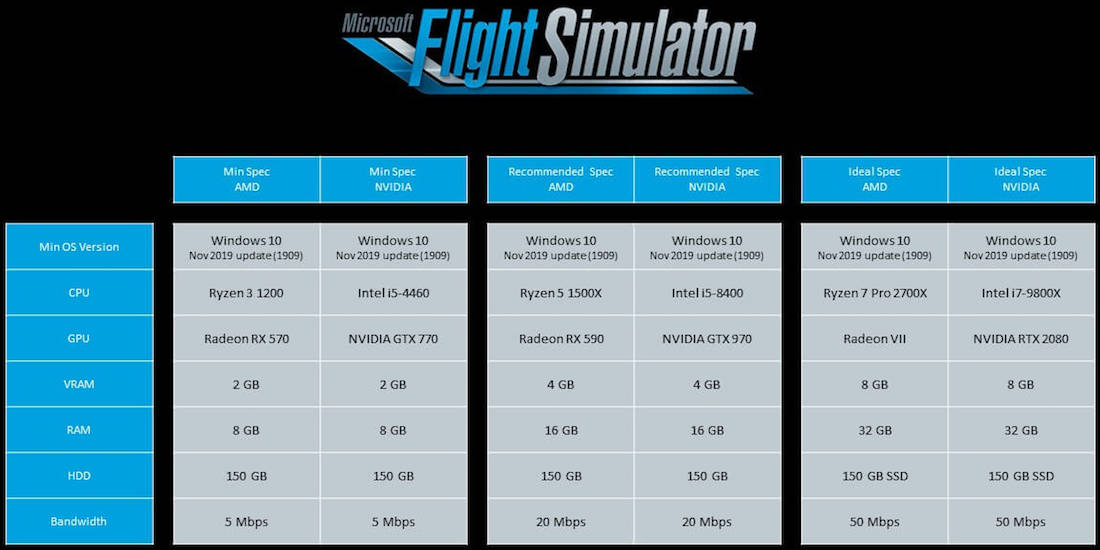 Then here’s a new trailer for the new Microsoft Flight Simulator:

What’s the best strategy for an Apple user here?!

I’m so incredibly excited about Flight Simulator 2020, though as someone who uses a MacBook Air, I’m not sure what strategy I should be taking. I’m terrible with anything tech related, so I’d love some tips.

You can only run Flight Simulator on Windows, so what’s the best approach to take?

I want Microsoft Flight Simulator to be epic, though am also not thrilled at the prospect of having a huge PC desktop in my apartment solely for this game, though that may be inevitable.

Microsoft Flight Simulator 2020 will be debuting in just over a month, and I’m so excited. I was obsessed with this as a kid, and the 2020 version looks like an incredible upgrade. Heck, I’m not sure if I should be excited or worried about my lack of productivity that may result from this.

Anyone else excited about Microsoft Flight Simulator 2020? What kind of a system are you going to be running it on?

You can control Xbox Series X / S with Google Assistant; Here’s how