Merkel explains to Biden his position on Nord Stream 2 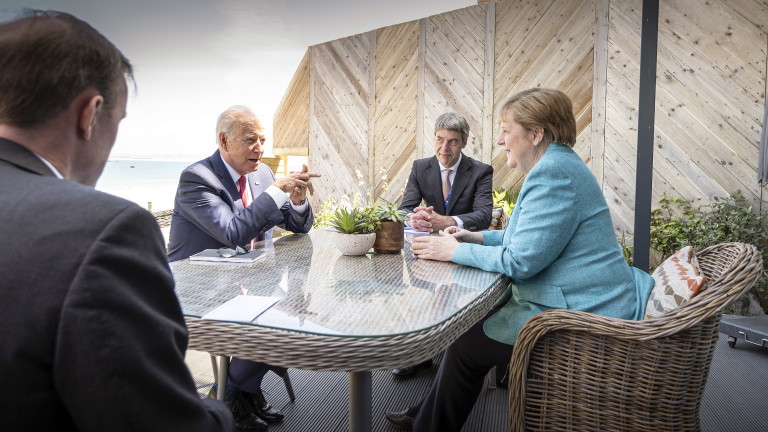 German Chancellor Angela Merkel meets US President Joe Biden On the sidelines of the G7 summit, as is Briefly discuss with him the Nord Stream 2 gas pipeline project“.

You know that negotiations are underway with the US government and experts from the federal government. I think so We are on the right trackThis is necessary for both of us Ukraine to continue to be a partner in the transportation of natural gasIt was quoted by RIA Novosti as saying.

Carnegie Europe: Nord Stream 2 is the Achilles heel of Germany and the European Union

If the European Union wants to become a global power, it must stop being a playground for Russia and China

The two leaders discussed upcoming issues Talks between Biden and Russian President Vladimir Putin They exchanged views on the NATO summit and the “Afghanistan issue”.

“We will soon have the opportunity to talk a little longer,” Merkel added.

Nord Stream 2 envisages the construction of two pipelines with a total capacity of 55 billion cubic meters of gas per year from the Russian coast through the Baltic Sea to Germany.

Ukraine is opposed to the project, which fears the loss of revenue from Russian gas transportation, as well as the United States, which is actively releasing its liquefied natural gas into the European Union. In December 2019, Washington imposed sanctions on companies involved in the project. Laying of the pipeline was resumed a year later.

Construction is nearing completion – last week it was known that laying one pipe had been technically completed and work on filling it with gas had begun. The second tube can be completed in one and a half to two months.

Germany has long advocated the completion of Nord Stream 2 and rejected extraterritorial unilateral US sanctions.