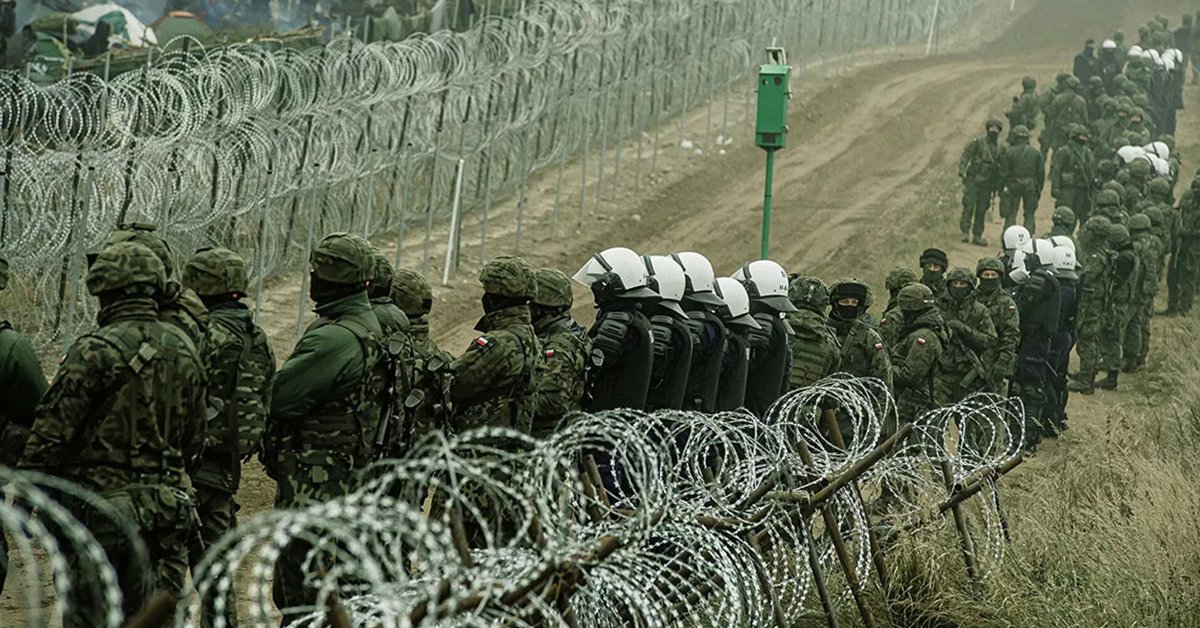 Deployment of troops on the border between Belarus and Poland (Reuters)

The Russian-Belarusian Airborne Forces carried out joint exercises on Friday in the Grodno region, Near the Polish borderThe concentration of several thousand migrants from the Middle East has caused a crisis between Minsk and the European Union.

Transport aircraft Il-76 On Friday they took the Russian airborne units to the military polygon GozhskiNear the territory of Poland.

Tactical exercises answerIncreased military activity near the Belarusian borderReported to the Ministry of Defense of that former Soviet republic.

Among other things, The army will conduct offensive and control exercises From the “unknown landing area”, in addition to Searching for and eliminating subversive groups and armed formations.

The parties specified that once their mission was accomplished, the Russian and Belarusian units would return to their usual positions.

belarusian president, Alexander LukashenkoHe admitted on Thursday that he had asked the head of the Kremlin, Russian President Vladimir PutinAnd Assistance in border control with the European UnionMoscow sent Tu-22 and Tu-160 strategic bombers on Wednesday and Thursday.

“Let them scream! Yes, they are bombers capable of carrying nuclear weapons. But we have no other way out. We should see what they are doing outside our bordersLukashenko said during a government meeting.

He explained that the planes that will conduct regular patrols “in the face of the situation that has arisen, whether in the air or on the ground,” They will fly over the borders with Poland, the Baltic states, all members of NATO as well as Ukraine.

Joint exercises between Russians and Belarusians (Ministry of Defense of Belarus)

Moscow, which this week extended the presence of its army in Belarusian territory for 25 years, Supports Minsk in its confrontation with Poland and the rest of the European Union.

Lukashenko also ordered the Ministry of Defense, the KGB and the border forces to ensure “control over the movements of NATO and Polish forces.”

“It is seen that there are already 15,000 soldiers, tanks, armored vehicles and helicopters flying alongside the planes. They have been posted to the border, and what’s more, without anyone notifying, although they are obligated to do so.‘, denounced.

In the face of impending European sanctions, The Belarusian autocrat threatened Brussels to cut off Russian gas from Europe and prevent commercial transit.

British troops help the Polish army reinforce its border with Belarus In a show of support, as emphasized by the Polish Defense Minister, Marius BlaschakWho said this? British personnel embark on a “reconnaissance” mission with their Polish counterparts on the tense border.

A source confirmed to telegraph who were from Royal Engineers. “Our soldiers will cooperate in strengthening the border fence between Poland and BelarusSaid Plaszak on Friday.

The British Ministry of Defense said the deployment was a sign of the friendship of allies between the United Kingdom and Poland.

“A small team of British Armed Forces personnel has been deployed following an agreement with the Polish government to explore how we can provide engineering support to address the current situation on the Belarusian border.A ministry spokesman added.

The United States government isVery worriedThe vice president said on Friday because of the migrant crisis at the Belarus-Poland border Kamala Harris.

“We are so worriedAnd he expressed in a press conference during his official visit to France, in which he confirmed that “we are closely following” the events.

“I think the regime of (Belarusian President Alexander) Lukashenko is doing a very worrying activity“he added.

Harris explained that he raised this issue during his meeting with the French President on Wednesday, Emmanuel Macronin the Elysee.

The US Vice President warned the Minsk government that “The eyes of the world and its leaders are watching what is happening“.